Journals of Midshipmen during the Second World War

Some recent cataloguing of India Office Records Marine Department volumes has uncovered a fascinating glimpse into the everyday life of junior naval officers on British warships during the Second World War.  The six journals were kept by the young officers as part of their training, and were regularly checked by their supervising officer and the captain of the ship they were assigned to.  The purpose of the journals was to train midshipmen in observation, expression and orderliness, and they were required to record their observations about all matters of interest of importance in the work that was carried out, on their stations, in their fleet, or in their ship, and illustrate them with plans and sketches. 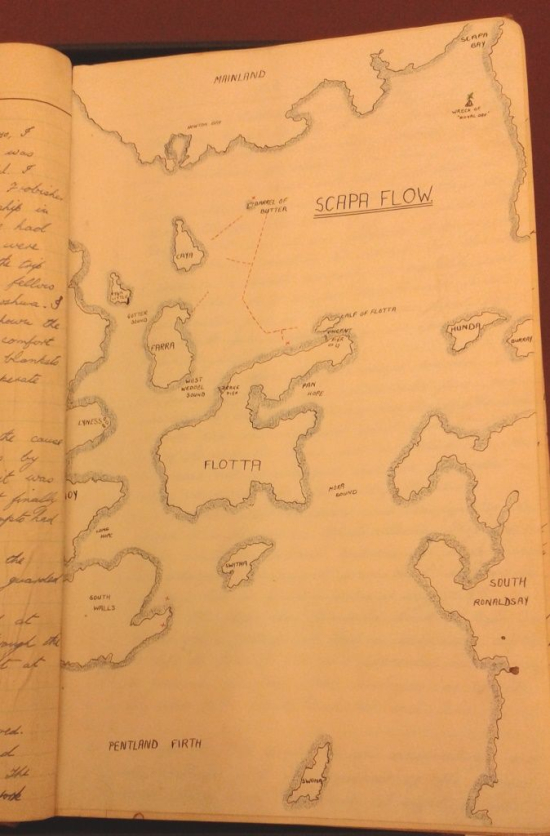 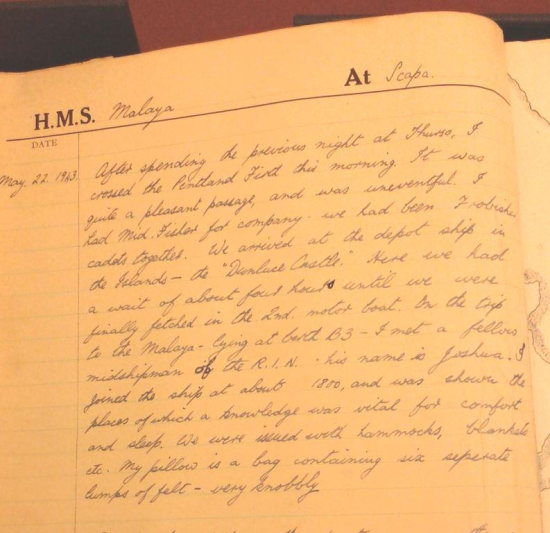 The journals detail the daily activities and duties of the midshipmen, the most junior rank of officer in the Royal Navy.  They also give descriptions of the working of their respective ships, and the assignments they carried out.  For most of the ships this involved escorting convoys of merchant ships across the dangerous shipping lanes, and protecting them from attacks by German ships and submarines.  HMS Duke of York was on one such mission near Norway bound for North Russia when it became engaged in battle with the German battleship Scharnhorst.  Midshipman Davenport gives a thrilling account in his journal of the naval engagement known as the battle of North Cape between the Scharnhorst and the Allied warships, which led to the sinking of the German warship on 26 December 1943. In his account, Davenport describes the action dinner they ate during the long battle as “very thick lentil soup and very greasy chops” adding that he did not feel very hungry. The Duke of York fired 80 broadsides at Scharnhorst, and Davenport noted the almost continuous ripple of fire down the ship from her guns. 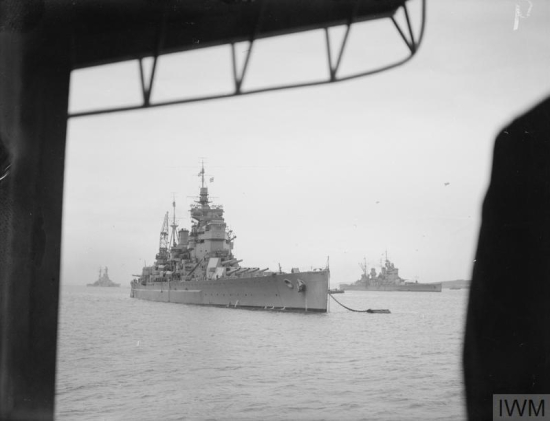 The journal by Midshipman Coyne gives an account of the service of HMS Glasgow in the Mediterranean and the Indian Ocean. At one point he describes the terrifying attack on the ship by enemy aircraft while it was stationed at Souda Bay, on the coast of Crete on 3 December 1940: “A few seconds later the ship was violently shaken, and long before I had disentangled two aerial wires from my hair, I realised that we had been torpedoed. Upon looking out to starboard to find the enemy I was not a little surprised to see the track of another torpedo approaching, and though during the minute or so that we waited for it to come I hoped it would pass astern, such was not our luck, and the ship was again shaken by the force of the explosion”. 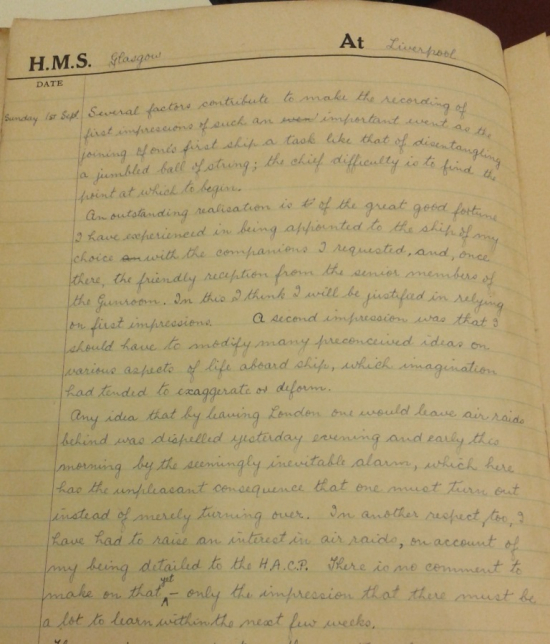 The Midshipmen were required to produce their journals at the examination for the rank of Lieutenant, and so it was important to make them as impressive as possible. Midshipman Davenport ends his journal on 6 August 1944 with the lines “On arriving in the Gunroom I found the rest of my group sweating away at their journals and turning out sketches in quick time. I think perhaps I had better do the same”.