We’ve met Alan Gradon Thomas before, back in 2013 when my colleague Chantry Westwell came across a festschrift in his honour whilst researching the provenance of a medieval calendar. The recent completion of the cataloguing of Thomas’s extensive business archive seems like a good time to reacquaint ourselves with the esteemed book and manuscript seller of Bournemouth and, latterly, London. 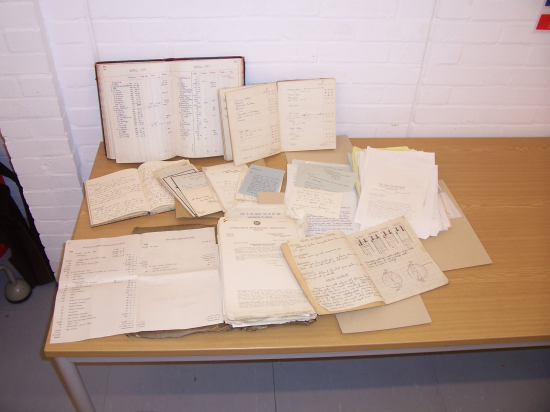 Thomas was an international dealer in a pre-digital age. He had customers all over the world and all of his business was conducted by letter and telephone, using printed catalogues. It was not uncommon for Thomas to send a catalogue to a customer overseas, receive a letter back some weeks later setting out what the customer wished to buy, only for Thomas to have to write back to say that in the interim he had sold the book or manuscript to another customer. 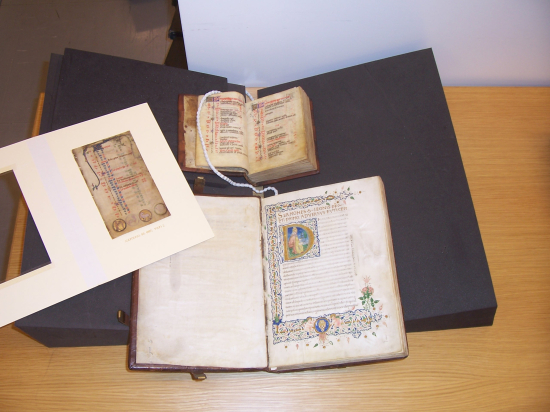 Three manuscripts purchased from Thomas by the British Library

He was a meticulous record keeper and the archive, containing sales ledgers, stock lists, financial records, inventories, papers relating to his superbly researched catalogues, and valuations, spans nearly 50 years. There are hundreds of files of correspondence with his customers, including the major auction houses, important private collectors such as John Wolfson, Sir Karl Popper, Lord Kenyon, Lord Wardington, and Major Abbey, and many of the great collections of the world: the British Library, the British Museum, the Bodleian, the Beinecke, the Folger, the Huntington, and the Royal Library in Brussels, to name just a few. Thomas’s correspondence also contains letters from fellow dealers, and from rare book and manuscript curators, librarians, and experts such as Mirjam Foot, Anthony Hobson, Nicolas Barker, Richard Linenthal, and Christopher de Hamel.

The festschrift alone is evidence of how well Thomas was thought of in the trade. But that high regard is also evident in his being elected President of the Antiquarian Booksellers’ Association for 1958-1959, during which time he was instrumental in establishing the first London Antiquarian Book Fair. His papers include a large amount of ABA material: committee minutes, annual reports and accounts, newsletters, correspondence, and papers relating to the book fairs.

In turn, Thomas himself had great respect for, and was always very appreciative of, the help of the ‘footsoldiers’ of the trade, the shop assistants and bookroom staff. The archive contains papers relating to collections Thomas ran to mark the retirement of three long serving assistants from Sotheby’s and the British Museum. He assiduously wrote to scores of contacts in the trade to drum up as many financial contributions as possible.

Alan Thomas died in August 1992 “as much an enthusiast - for the arts, literature, the history of ideas and beliefs - at 80 as he was at 20”, as his obituary in The Independent put it.

His archive, given his clientele and the material he dealt with, is an extremely rich resource for those interested in the history and provenance of manuscripts and rare books.

Posted by Margaret.Makepeace at 08:30:00 in Business , Manuscripts , Rare books , Work