“I have written to you many times but God alone knows why I don’t get your letters.  You say you write regularly.  Letters mean half meetings and they are a great consolation to us.”
- Written in Urdu by an Indian sepoy from Tunisia on 16 May 1943. 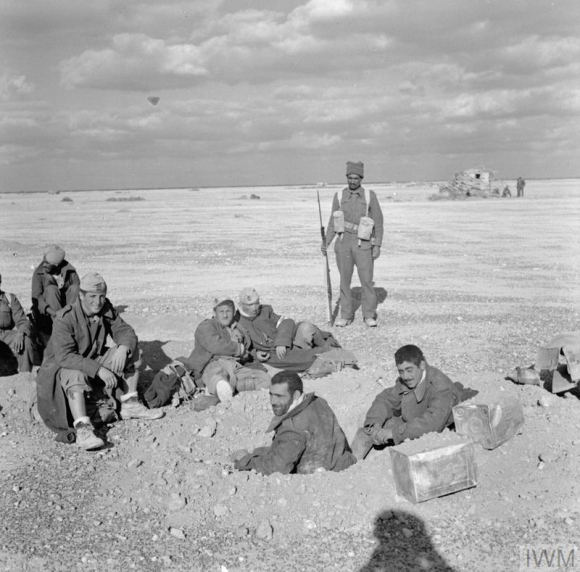 An Indian soldier guards a group of Italian prisoners near El Adem aerodrome, during the pursuit of Axis forces westwards after the relief of Tobruk -Image courtesy of Imperial War Museum © IWM (E 7180)

Two-and-a-half million men from undivided India served the British during the Second World War.  Their experiences are little remembered today, neither in the UK where a Eurocentric memory of the war dominates, nor in South Asia, which privileges nationalist histories of independence from the British Empire.  And yet military censorship reports from the Second World War, archived at the British Library’s India Office Records and containing extracts from Indian soldiers’ letters home, bear witness to this counter-narrative.  What was it like fighting for the British at a time when the struggle for India’s freedom from British rule was at its most incendiary? 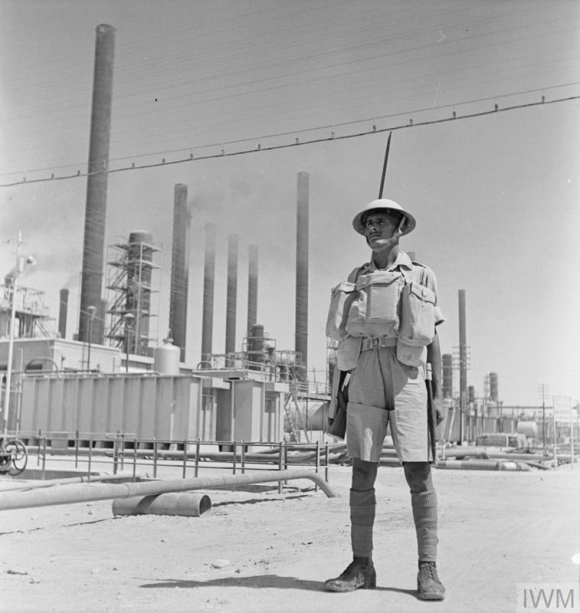 Letters were written in Indian languages – Hindi, Gurmukhi, Urdu, Bengali and Tamil – and often dictated to scribes by Indian sepoys who were illiterate.  They were then translated into English for the censor, who compiled selected quotations from the letters into a report testifying to the spirit or ‘morale’ of the soldiers.  Soldiers’ names have been anonymised in these reports, and so it is virtually impossible to trace the letters to their writers.  All that remains are evocative textual shards – a portal into the soldiers’ emotional world.

The letters forge a material and emotional connection between the home front and the battlefront.  In the sentence, “Letters mean half meetings and they are a great consolation to us” with which this post begins, the unknown Indian sepoy links the letter’s affective impact – its “consolation”, assuaging loneliness, homesickness and longing – to its inherent physicality – “half meetings”.  An intimate moment is captured between the home front and the battlefront, a negotiation between distance and proximity created by the act of letter writing.

Letter writing is foregrounded again in the only love letter among the censorship reports.  Written in Urdu by an Indian Lieutenant – part of the rising Indian officer class making inroads into the Indian Army – the extract is addressed to the soldier’s beloved during the Allied invasion of Italy: “Here I am penning this to you in the middle of one of the biggest nights in the history of this war.  Love, I am sure by the time you receive this letter you will guess correctly as to where I am. … You would feel that the whole world were shaking with an earthquake or probably the sky were falling over you…Yet in the midst of this commotion, I sit here, on my own kit-bag and scribble these few lines to my love for I do not really know when I will get the next opportunity to write to you.”

Here, writing itself becomes an source of solace amidst the frenetic sounds and activity of the war.  It also embodies presence.  With the image of the soldier sitting on his kit bag and scribbling, this wartime love letter becomes a remarkable testament to the forgotten experiences of the Indian soldier, and the articulation of his complex inner life, during the Second World War.

Find out more in this short film