If you’re feeling at a loss because the wonderful British Library is closed for five days over Christmas, spare a thought for the residents of Sheffield in 1888.  The reading rooms of the city’s free libraries were shut for a fortnight in December. 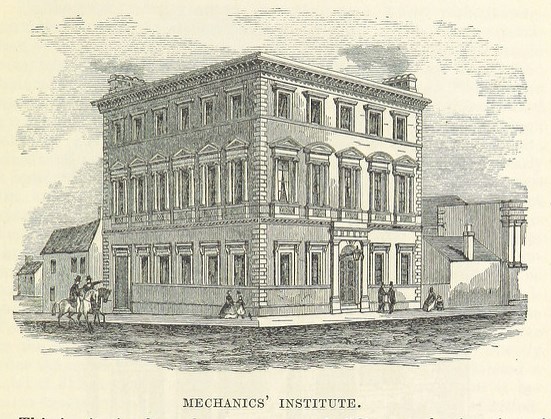 Protest letters were sent to the editor of the Sheffield Daily Telegraph.  Mr J Thornton of Whitham Road asked why the reading rooms were closed for more than two or three days and complained that the free libraries were being mismanaged.  Money could be saved by reducing the number of assistants at the Central Library from seven to three – they had little or nothing to do half the time. If Mr Thornton was known to the assistants, I do wonder how he fared on his next visit to the library.

‘Pro Bono Publico’ supported Mr Thornton, suggesting that the libraries be kept open all year round except for a few days’ closure for cleaning and painting.  Extra hands could be employed to cover for attendants taking holidays.  It would greatly help those seeking work if the reading rooms opened at 08.30 instead of 10.00. Half the day had gone before job seekers could get to a place any distance away, and they also missed the morning post.

‘A Burgess’ added his voice to the protest.  Perhaps the library committee thought it did not much matter to close when people were preparing for Christmas, but ‘in this large town there are always a number of people unemployed, and others who are incapacitated from work, &c, to whom the reading rooms are a benefit and pleasure’.

The environment of the reading rooms also came in for criticism.  ‘Pro Bono Publico’ complained of the lack of ventilation: ‘When the gas is lit, and the windows closed, the atmosphere is something awful.  I should think the gas-burners and check valves want seeing to.  After I have been in a few minutes my eyes smart, and my nose certainly tells me the air is vitiated to a great extent’.

We look forward to welcoming our readers back to the well-ventilated rooms of British Library on 29 December, and hope that our services also provide pleasure as well as benefit.

Posted by Margaret.Makepeace at 09:00:00 in Domestic life , Leisure , Work