The Power of Faith: Maurice Wilson’s Flight to the Top of the World

Bahrain is a far cry from Mount Everest.  Hot, humid and surrounded by shallow seas, the island reaches a modest 439 feet in height.  Yet Bahrain played its part in one of the more unusual tales to have made it into Everest lore, and the mountain’s symbolism indirectly contributed to the formation of aviation policy in the Persian Gulf before the Second World War. 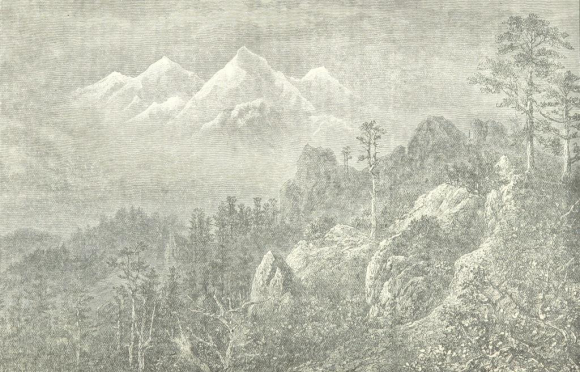 A view of Everest from Darjeeling, taken from Pictorial Tour Round India by John Murdoch, (1894) BL flickr

On 31 May 1933 a Gypsy Moth plane landed at the Imperial Airways aerodrome in Muharraq.  The pilot, Maurice Wilson, was a British civilian who intended to refuel at Bahrain before continuing on to India, via Sharjah.  The British and Bahraini authorities had caught wind of Wilson’s arrival and given strict instructions to Imperial Airways that he should not be allowed to refuel or leave the country. 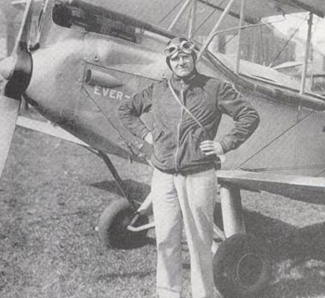 Maurice Wilson with his aeroplane, Ever Wrest, before his flight to India - Wikipedia

Wilson was interviewed by Imperial Airways staff and the Political Agent in Bahrain, Lieutenant-Colonel Gordon Loch.  His intention was to fly his plane 10,000 feet up Mount Everest “and then to walk the odd 19,002 feet to the summit”.  Badly injured in the First World War, Wilson claimed he had been healed by fasting and prayer when conventional doctors had been unable to help.  His mission, he believed, was to be the first to climb Everest to show the world the power of such faith.

Loch was justifiably sceptical. “He [has] never seen the Himalayas and [has] never been above 18,000 feet”.  All he had to assist him was “an oxygen apparatus weighing 18 pounds which was to supply oxygen for seven-and-an-half hours”.  Loch did not know that Wilson’s training had only involved hiking the hills of Snowdonia and the Lake District, hills that barely reached a tenth of the height of Everest.  Wilson’s preparations for flying were not much better, obtaining his pilot’s licence in twice the average length of time. 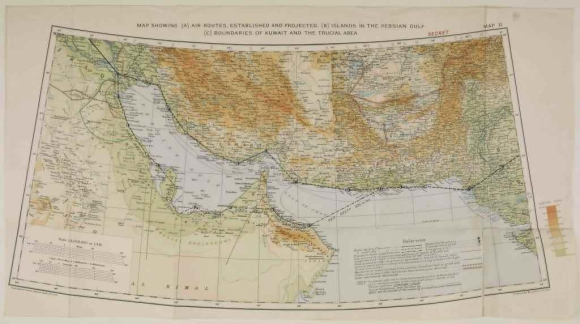 Wilson had ignored an Air Ministry ban on civilian flights along the Arab coast, hence the attention from the authorities.  While special permission was sometimes given, only the Royal Air Force and the government-backed Imperial Airways were routinely allowed to fly the route.  Wilson’s journey prompted deliberation at some of the highest levels of government and triggered a flurry of correspondence that led to tighter controls and a change in policy.  Sensitive to the “political complications” that the activities of those such as Wilson might cause, and conscious of maintaining the illusion of the Gulf States’ independence, the Political Resident was instructed to obtain letters from the Arab rulers of Kuwait, Bahrain, the Trucial Coast, and Oman explicitly banning all private and civil travel over or into their territories.  These instructions were then incorporated into the Air Navigation Regulations of each country and notices of the ban were posted in airfields in Iraq and India. 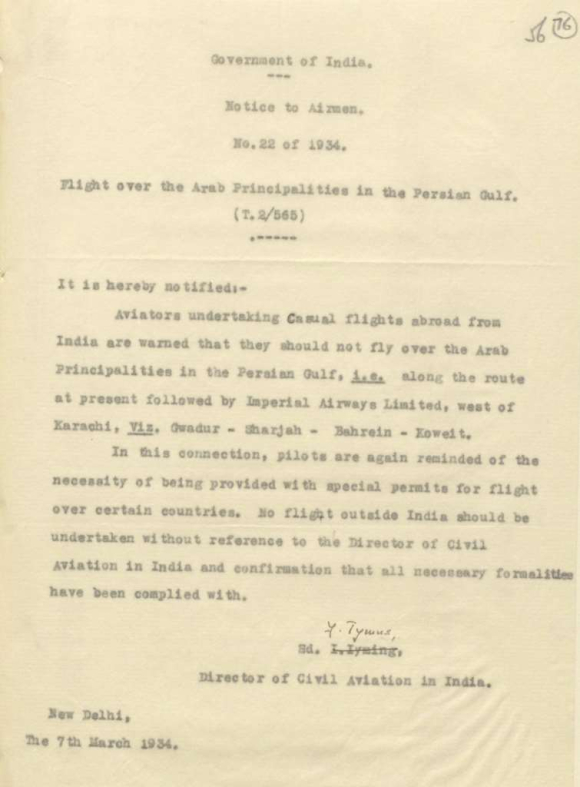 Wilson ignored his orders to return to Basra, instead flying directly on to Gwadar. He succeeded in sneaking into Tibet disguised as a Buddhist monk and pretending to be deaf and dumb. He made several attempts at the summit, sometimes alone, sometimes with a few companion Sherpas. He never returned from his final solitary attempt on 29 May 1934. His last diary entry, made two days later and exactly a year after landing in Bahrain, read simply “Off again, gorgeous day”.

Posted by Margaret.Makepeace at 08:30:00 in Journeys , Politics , Qatar