Come with me into the world of Victorian Vaudeville.  Let me tell you the story of a poor London girl who achieved her dream of becoming a successful dancer, and then died. 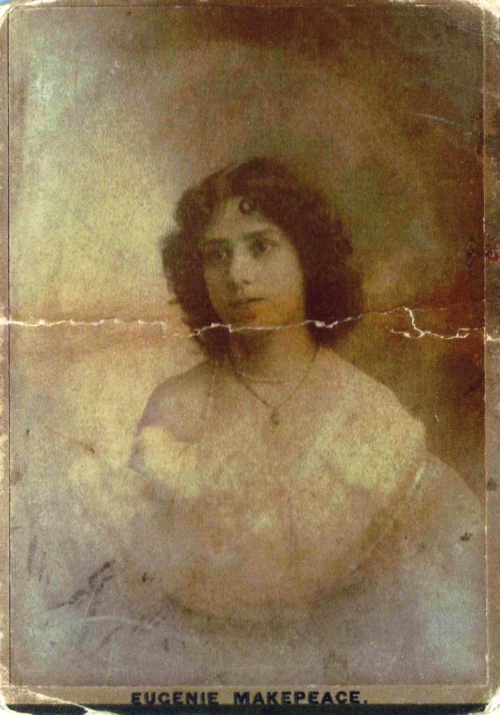 Our dancer Eugenie Makepeace was born in Pimlico in June 1882, the daughter of waiter Joseph and his French wife Marie.  Joseph died suddenly on 1 January 1887, leaving Marie to support their six children aged between seven years and six weeks.  She secured places for four of them in institutions for destitute children.  George and Harry went as boarders at Fortescue House in Twickenham, one of the National Refuges for Homeless and Destitute Children, later known as the Shaftesbury Homes.  In May 1888 Eugenie and her elder sister Berthe entered the Westminster workhouse school situated in Ashford Middlesex.  Juliette, the eldest child, appears to have stayed with Marie, but baby William went to live with a family in Islington.  However Marie found work as a dressmaker and gradually succeeded in gathering her family back together in Marylebone.

Eugenie seems to have gained a place at a John Tiller dancing school.  Tiller trained working class girls in Manchester and London to appear in musical stage productions.  Eugenie became a member of Tiller’s La Blanche Troupe and at the start of 1899 was touring the UK with Milton Bodes’ pantomime Robinson Crusoe.  The Era newspaper published reviews of performances before enthusiastic audiences in different venues  - Oxford, Oldham, Wigan, Newcastle-upon-Tyne: ‘Mr John Tiller’s La Blanche Troupe of lady dancers trip on the light fantastic to the delight of everybody’. 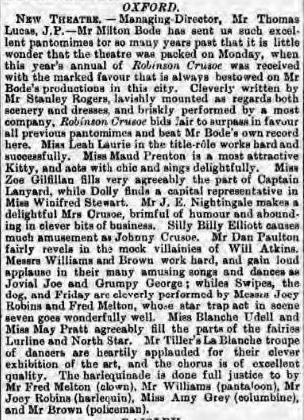 In March 1899 Eugenie sailed to the United States to perform as a member of the ensemble in Man in the Moon which ran at the New York Theatre from April until November.  She made a second trip to the USA in 1901 with the Pony Ballet, a group of eight young girls who performed synchronized dance routines full of high kicks.  Eugenie’s fellow dancers were Lizzie Hawman, Carrie Poltz, Maggie Taylor, Ada Robertson, Seppie McNeil, Eva Marlow, and Beatrice Liddell.  Their punishing training routine made them strong and flexible, as much gymnasts as dancers: ‘they are all marvels of strength, endurance, grace and agility’ (San Francisco Call, 20 April 1902). The girls decided to part company with impresario George Lederer and began to arrange their own engagements.  While they were performing at Forest Park Highlands in St Louis, Eugenie and Carrie contracted typhoid fever.  The troupe had to move on to Milwaukee and Eugenie died there on 28 July 1902 aged only 20.  Happily, Carrie survived and continued her dancing career. 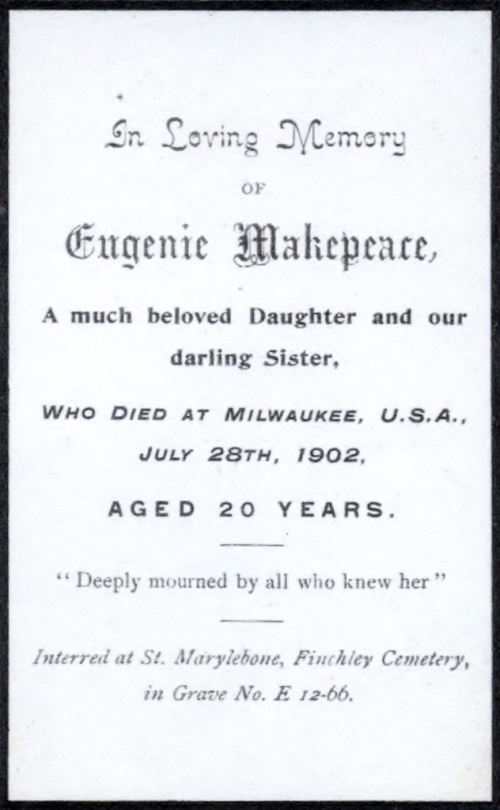 The Pony Ballet's next engagement was in Chicago. The local Actors’ Relief Association there helped the girls to raise enough money to ship Eugenie’s body home for burial in St Marylebone Cemetery. The funeral card describing her as ‘A much beloved Daughter and our darling Sister’ carried a poem in her memory by ‘M.M’, presumably her mother Marie.

‘The seas are crossed, the journey is done.’ 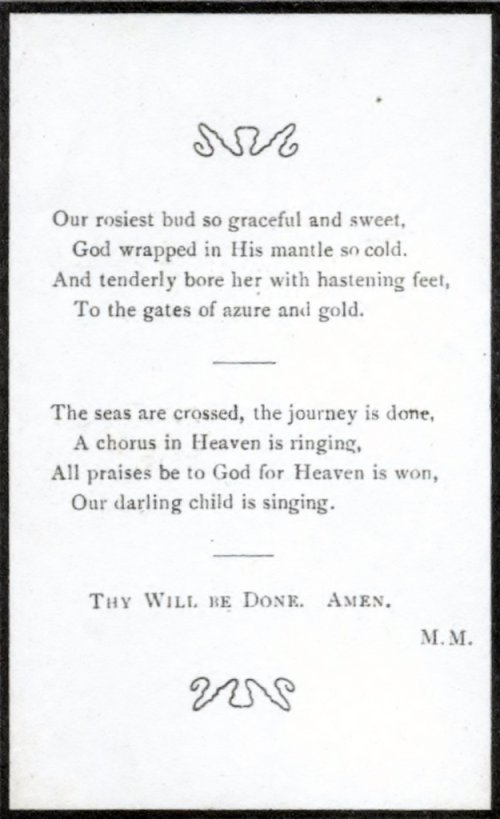