I’d like to introduce you to Annie De Montford.  She was a Mesmerist.  Not a Lady Mesmerist.  A Mesmerist.  She was also called a ‘psychological star’ and an ‘electro-biologist’, and occasionally a Hypnotist.  Her bill matter claimed that her 'mind governs the world' and she is the 'wonder of the age'.  How she slipped into oblivion seems strange. 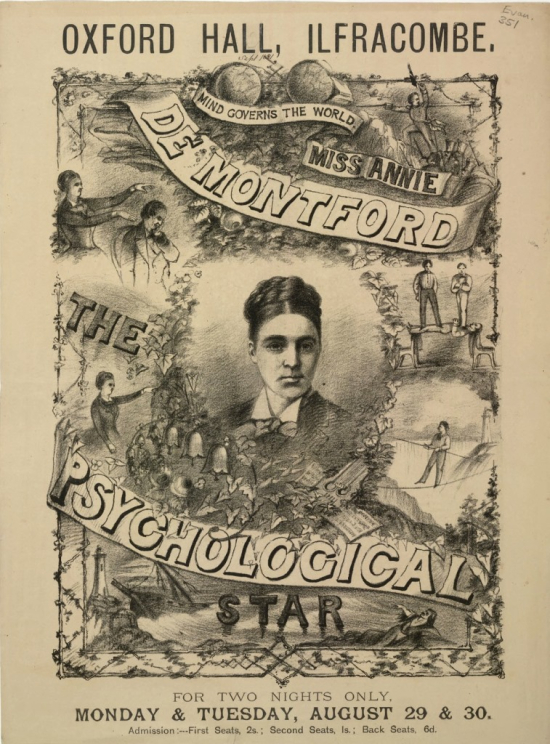 I discovered Annie when researching at the British Library and I was intrigued by the ups and downs of her career.  She was born Annie Riley in Leicestershire - her father was a mill-worker - but by 1861 aged 20 she was staying with William Henry Chadwick who was one of the Chartists, the famous political agitators in the census of that year.  He is described as a Lecturer on Magnetism and Annie as a Lecturer on Phrenology.  She’d fallen in with an interesting crowd and she soon took the name of the local swanky family, De Montford, and started practicing as a Mesmerist. 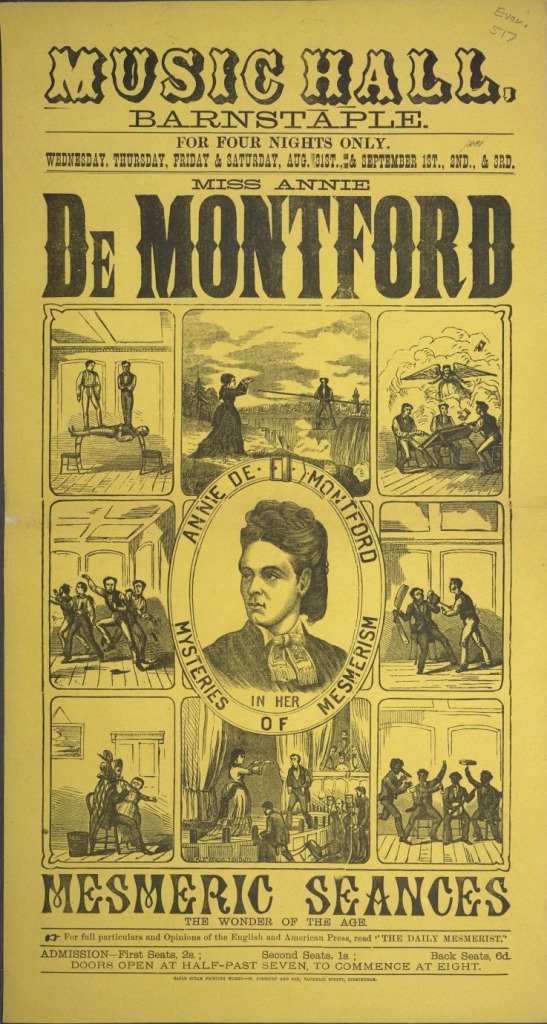 There are lots of mentions of her in The Era, the trade publication for performers, and between 1871 and 1882 she seems to have been working constantly.  There is a detailed description of her performance in a local newspaper which is remarkably similar to what happens in stage hypnotism acts today. 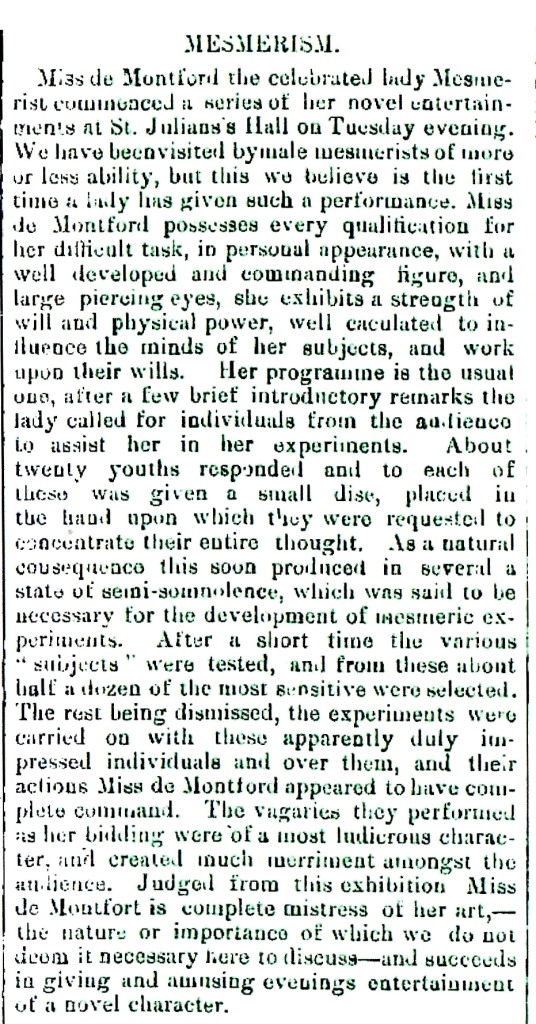 They seem very impressed by the fact that she is a lady – though De Montford doesn’t make a feature of this on her posters.  Less impressed was The Dundee Courier and Argus  in 1875 who carried a story about Annie being exposed in America as an imposter. 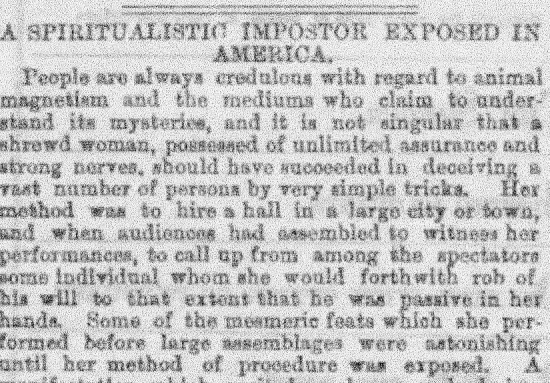 An investigation by an American reporter revealed that she had been caught using stooges whom she employed, and that certain audience members become obsessed with her and volunteered to be her subjects night after night.  Obviously there was a high degree of showpersonship in Annie’s act.  One of the reasons I love hypnosis is that fine line between science and showbiz, and clearly here she crossed that line.  But whether she crossed the line between showbiz and out and out fraud is not clear.  Crucially the exposé in the Dundee newspaper seems to have failed to ruin her career and she carried on touring the UK until 1882.

The final mention of Annie in The Era in September 1882 reports that she had been unable to appear through ill-health. 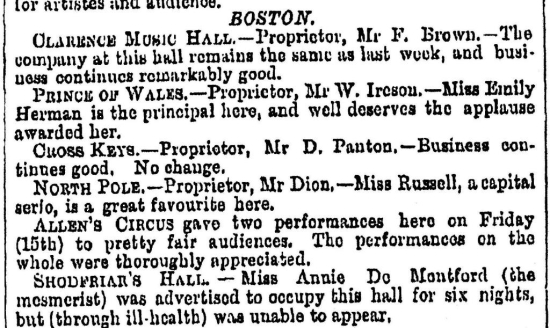 Annie died shortly afterwards on 12 October 1882.  She was 46.  I’m looking at her death certificate and wondering what was the ‘supposed injury' that gave her jaundice and liver failure.  I know I’m sentimental about her but she was 'the most powerful mesmerist in the world' and then she wasn’t. She was a trail-blazer, teetering on the edge of legality and respectability, but she must have believed in it.  I imagine all the touring was hard work.  And maybe some nights she didn’t feel like claiming that her 'mind ruled the world', but she probably went ahead and performed anyway.  I’m happy to have restored her legacy a little.  'No end of laughter' reads her bill matter.  Well – that was always going to be an exaggeration but it’s good to reflect whilst looking at theatrical ephemera on the ephemeral nature of life itself.

Christopher Green
Performer and writer, co-curator of the British Library free exhibition Victorian Entertainments: There Will Be Fun

Further reading:
Christopher Green's book Overpowered! The Science and Showbiz of Hypnosis is published by The British Library