I have selected some documents to give you just a taste of the kinds of records you can view in the digital collection.. 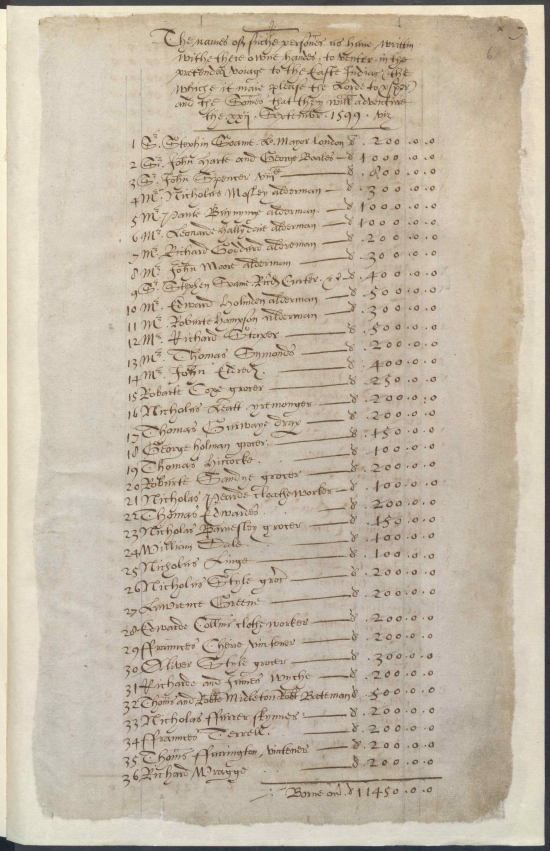 Let’s start with the list of the first subscribers to the Company drawn up in September 1599. Differing amounts of money were pledged as investments in the proposed venture to trade with the East Indies.  The Lord Mayor of London heads the list followed by Aldermen and members of the City Livery Companies. Queen Elizabeth I granted a royal charter to the Company on 31 December 1600. 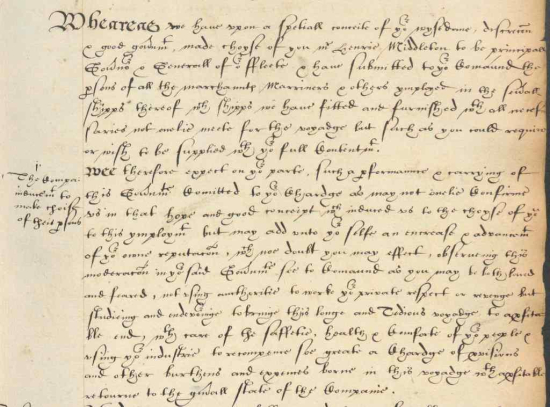 Next is an extract from the instructions given by the East India Company to Henry Middleton before he sailed as General of the Second Voyage in 1604.  The Company hoped that Middleton would be able ‘to bringe this longe and tedious voyadge to a profitable end’.  Sailors were to be disciplined for blasphemy and ‘all Idle and fillthie Communicacion’ and banned from unlawful gaming, especially playing dice. 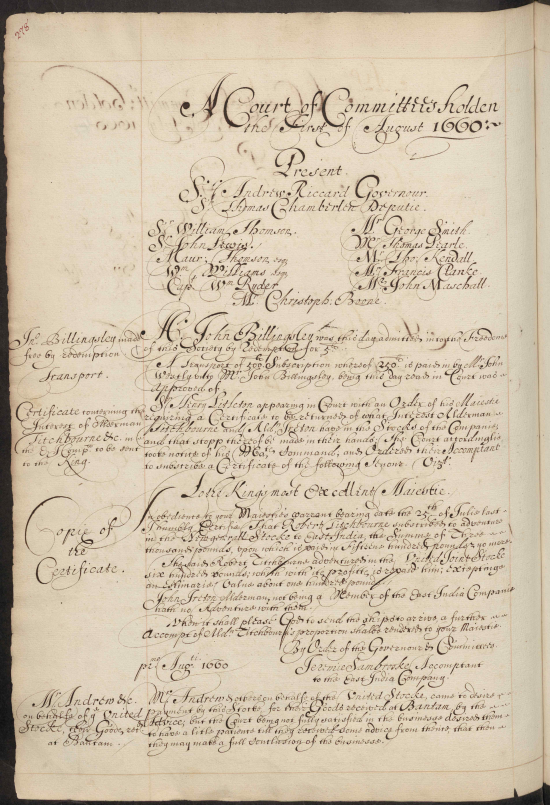 Here are the Court Minutes for 1 August 1660 which discussed the business affairs of Robert Tichborne, an East India Company Director who had signed the death warrant of King Charles I.  The newly restored King Charles II was taking action to seize Tichborne’s property, including his investments in the Company. Tichborne was tried as a regicide in October 1660 and sentenced to death. He was spared but spent the rest of his life in prison. 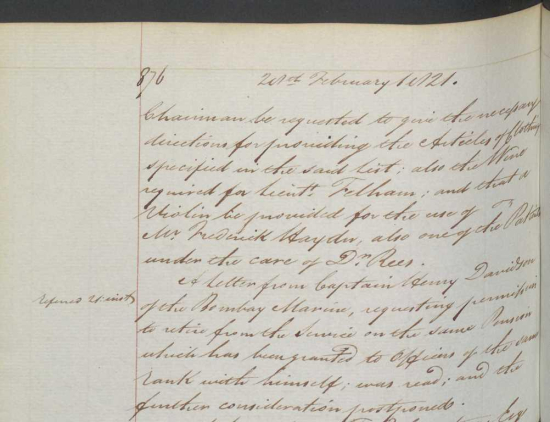 In February 1821 Dr George Rees sent a note about patients placed at his mental health asylum by the East India Company.  Lieutenant Felham was very dangerously ill and the use of wine was absolutely necessary for him. Frederick Haydn was to have a violin provided for him. 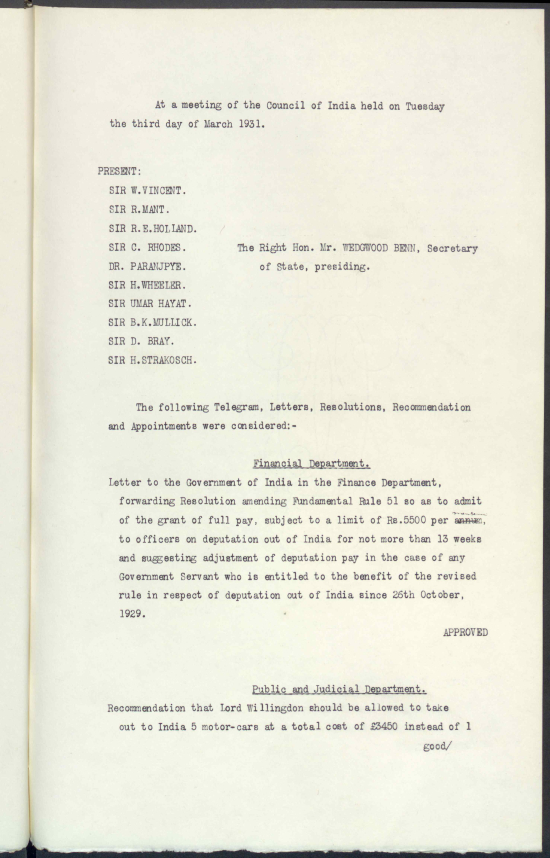 On 3 March 1931 the Council of India recommended that Lord Willingdon, on his appointment as Viceroy, should be allowed to take out to India five motor cars at a total cost of £3450 instead of one good Rolls Royce and 3 other cars.

We finish with the Instrument of Abdication, one of six that Edward VIII signed at Fort Belvedere, Windsor Great Park, on 10 December 1936. The document is signed by Edward VIII and his three brothers. An Act of Parliament effected the King’s abdication on the following day, ending a reign of less than a year. India received this copy by virtue of the King’s position as Emperor of India. The document was delivered to the Secretary of State for India.

East India Company, Module 1: Trade, Governance and Empire, 1600-1947 is available online from Adam Matthew and there will be access in our Reading Rooms in London and Yorkshire.  Modules II and III will be published in 2018 and 2019 respectively.

Posted by Margaret.Makepeace at 4:30 PM