Nootka is situated on the west coast of Vancouver Island in the province of British Columbia, Canada.  The Sound is one of many inlets along the Pacific coast of the island. 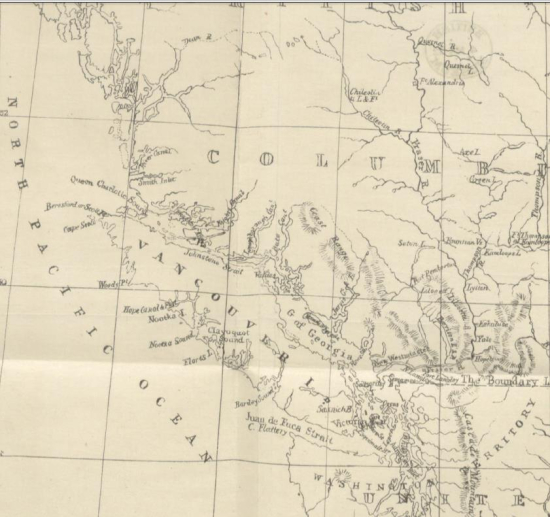 From Handbook to Vancouver Island and British Columbia (London, 1862)

Captain James Cook’s third voyage (1776-1780) had shown that there was potential for a maritime fur trade between North West America and China.  As China lay within the area of the East India Company’s trading monopoly, it was likely that British merchants would try to circumvent this restriction by entering foreign employment. To avoid losing out, the Company had to enter the fur trade itself or license British traders to operate at Canton in China.  Experimental voyages were sent out from England, India, and Macao. One of these was the result of a proposal sent to the East India Company in 1785 by Richard Cadman Etches, a London merchant. Etches headed a syndicate consisting of merchants and gentlemen, and one woman - Mary Camilla Brook, tea dealer of London. 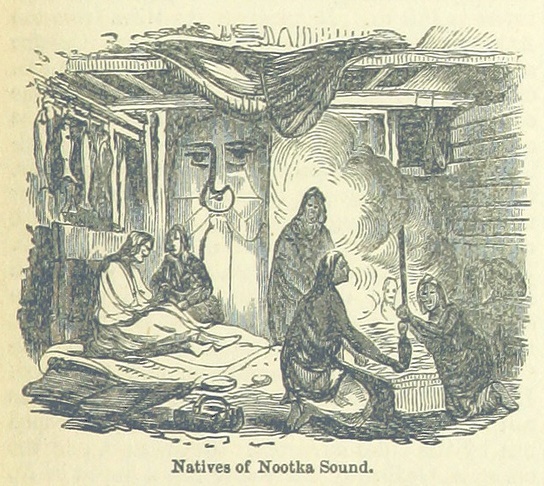 From James Bryce, A Cyclopædia of Geography (London, 1862) BL flickr

In May 1785 Etches met with the Directors who sat on the Company's Committee of Correspondence. He proposed sending the ships King George and Queen Charlotte to the North West Coast of America where small trading posts would be established to purchase furs and other goods to sell in Japan and China. The Committee agreed that it was safe for the Company’s interests to grant a licence to the two ships to trade within the limits of its charter. However strict conditions were laid down, with large financial penalties if broken:

• The ships were to go to America via Cape Horn or the Straits of Magellan and then on to Japan or other places northward to sell furs and other goods.
• The ships were not to go southward or westward of Canton or westward of New Holland (Australia).
• No European goods were to be supplied to Canton.
• Money received for furs and other goods was to be paid into the Company treasury at Canton in return for bills of exchange.
• Unsold furs were to be offered to the Company's supercargoes at Canton, possibly for sale in India.
• If Etches’ ships were sound, they were to be used to carry a cargo of tea and other Chinese goods to London.  They needed to be free of any smell which might damage the tea. If unsuitable, the ships could go back to North West America and load goods for Europe.
•  If the traders upset the native peoples within the Company's monopoly limits, they were to make reparation so that Company interests were not damaged.

There are some journals for Etches’ ships in the East India Company archives as well as many papers about the various Nootka Sound expeditions, including ‘Additions to Capt. Cook's Vocabulary of the Nootka Sound Language’.  Plenty to satisfy the curiosity of anyone wanting to delve into the themes of Taboo!

IOR/D - the papers of the Committee of Correspondence 1700-1858 - now accessible as a digital resource:
East India Company, Module 1: Trade, Governance and Empire, 1600-1947 is available online from Adam Matthew and there is access in our Reading Rooms in London and Yorkshire.

Posted by Margaret.Makepeace at 08:30:00 in Americas , Commerce , East Asia , Journeys