For students of the last days of the Raj, the India Office Records are the main source. Papers from the Viceroy’s Private Office, Political Department files, fortnightly reports of provincial governors, private papers of key officials: together these archives show events unfolding day by day in the lead-up to Independence and afterwards.  The film-maker Gurinder Chadha consulted these files when making her new film “Viceroy’s House”, (released 3 March), which highlights the secrecy of the discussions. 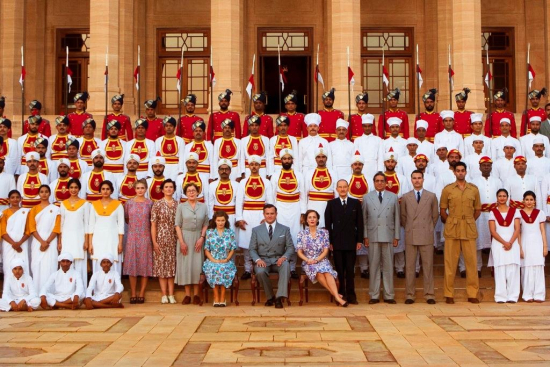 Among the Records is a series of War Staff files. Uniquely among India Office departments, the War Staff owed its existence to an external event. When war was declared in 1939, the Military Secretary of the India Office created a War Staff to deal with Intelligence, Supplies and Operations. By working closely with the Cabinet and the War Office, this sub-department drew the India Office into the heart of wartime government. Internal communications were also put on a wartime footing, as this diagram shows: 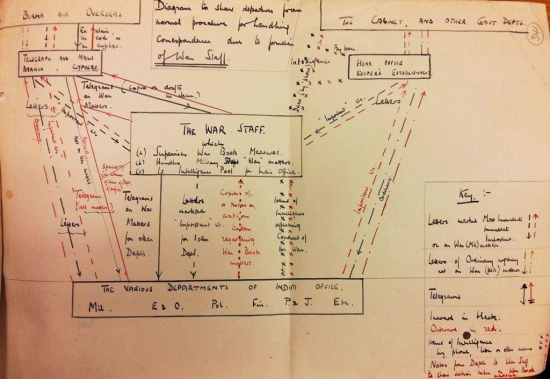 Under the cryptic heading ‘PHP’ (post-hostilities planning), certain War Staff files (IOR/L/WS/1/983-988) address the subject of India’s future. The discussions dwelt upon the country’s strategic importance. Government feared that British withdrawal would leave the wider region exposed: “History has shown that nature abhors a vacuum and if the British step out, we can expect the Russians to step in”. (L/WS/1/985, f. 87). Britain’s oil supplies in the Gulf, its Indian naval, army, and air bases, its access to India’s military forces: all were at risk if a post-Independent India were to turn hostile. To predict the future at this stage, as officials admitted, was next to impossible. The files include standard orders for action and confidently signed-off approvals. But the overwhelming sense that they convey is one of apprehension. 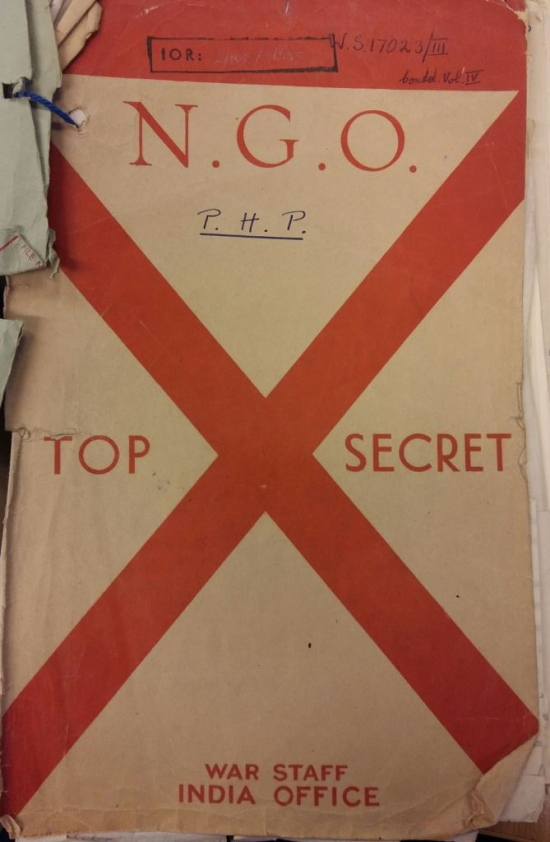 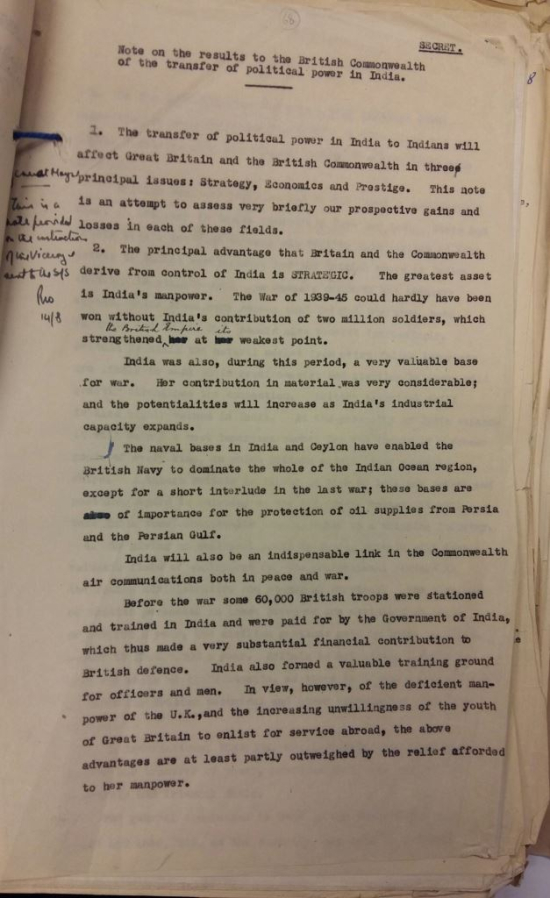 Gurinder Chadha’s film,  “Viceroy’s House”, a fictional telling of the Mountbatten’s arrival in India prior to Independence, is released in cinemas across the UK on Friday 3 March. 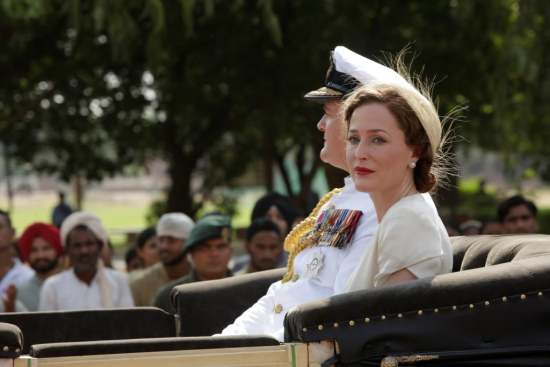 Posted by Margaret.Makepeace at 11:30:00 in Politics , South Asia

Posted by Margaret.Makepeace at 11:30 AM