Not So Strange – the East India Company Chairman in 1814

Sir Stuart Strange is the Chairman of the East India Company in the TV drama Taboo which is set in the year 1814.  He is an unsympathetic character, calculating and ruthless, prone to ranting, swearing, and grabbing fellow Company men by their coat lapels to get his point across.

But who was the real East India Company Chairman in 1814? Was he at all like Strange?

The Company's Chairman in 1814 was The Honourable William Fullerton Elphinstone (1740-1834). His memorial tablet in Marylebone Parish Church gave this description of his personality:

He was equally remarkable for sound judgment and decision, united the highest firmness to the utmost kindness of heart, and retained to the latest period of human life the warmth of his benevolence, and the serenity of his temper.

Kind, warm, benevolent and serene – not the model for Sir Stuart then! 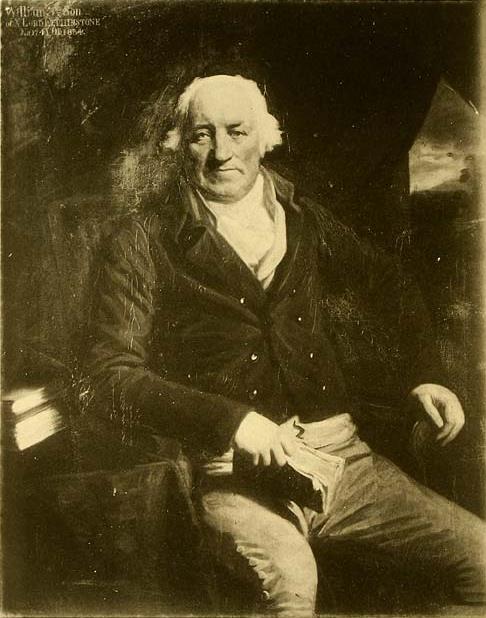 William Elphinstone was born in Stirlingshire, Scotland, on 13 September 1740, the third son of Charles, 10th Lord Elphinstone, and his wife Clementina. At the age of fifteen he went to sea and after a couple of voyages decided on a career in the East India Company’s maritime service. He studied navigation before securing an appointment as midshipman on the Company ship Winchelsea, sailing to India and China 1758-1760. Elphinstone went on to serve as third mate in the Hector and as captain of the Triton, completing his final voyage for the Company in 1777.

Elphinstone prospered in Company service, aided by the wise investment of a gift of £2,000 from a great uncle. After retiring from the sea, he set his sights on a new career as a Director of the East India Company. He first entered the Court of Directors in 1786 and was elected Chairman in 1804, 1806 and 1814. Considerable patronage was at his disposal - his sons and nephews had distinguished careers in Company service. He received hundreds of petitions on behalf of young men seeking advancement.  In 1806 his ‘very sincere friend’ the Prince Regent wrote to Elphinstone recommending a Mr Farquhar, and in 1817 the Duke of Kent sought clerkships at East India House for two brothers named Dodd. 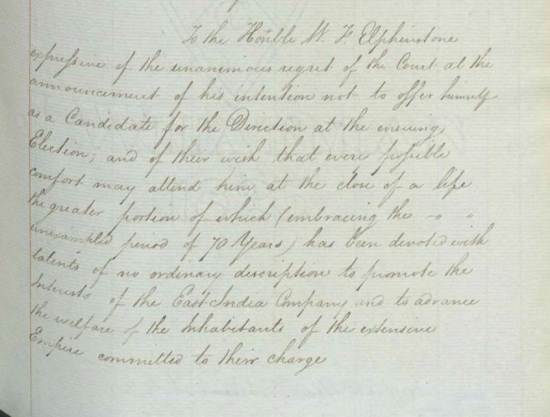 Elphinstone suffered a stroke in 1824 which temporarily deprived him of his powers of speech. In February 1826, aged 85, he informed the Company that he would not stand in the forthcoming elections for Directors because of his state of health.  The Court expressed regret and wished ‘that every possible comfort may attend him at the close of a life the greater portion of which (embracing the unexampled period of 70 years) has been devoted with talents of no ordinary description to promote the interests of the East India Company and to advance the welfare of the inhabitants of the extensive Empire committed to their charge’.

William Fullerton Elphinstone died at Enfield on 3 May 1834 and was buried a week later in Marylebone Parish Church, close to his Harley Street home.

Follow the career of William Fullerton Elphinstone in the records of the East India Company's Court of Directors (IOR/B) and the Committee of Correspondence (IOR/D) - East India Company, Module 1: Trade, Governance and Empire, 1600-1947 is available online from Adam Matthew and there is access in our Reading Rooms in London and Yorkshire.

Posted by Margaret.Makepeace at 08:30:00 in Business , Journeys , South Asia