“Sicily is a very fertile country. It is the Kashmir of Europe.”
- Letter in Malayalam by an Indian sepoy, August 1943, Central Mediterranean Forces.

Through letters exchanged between the home front and international battlefronts, Indian soldiers in the Second World War reveal themselves to be part of a mobile world. Military enlistment and its consequent legitimacy for travel open the door to foreign countries, and new ways of seeing. While the letters themselves become agents of communication between remote villages spread across India and theatres of war thousands of miles away, they also foreground soldiers as itinerant spectators, engaging in colonial encounters in new lands.  Travel becomes an affective experience, and Europe, viewed through eastern eyes, the site of intercultural exchange. 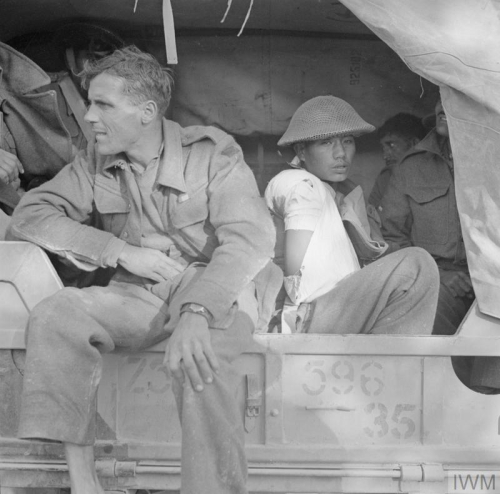 A sepoy in the Central Mediterranean Forces, part of the Allied forces in Italy, writes: “As a reward for all our previous sufferings, Almighty brought us here to Sicily. We are supplied with British Troop rations. Sicily is a very fertile country. It is the Kashmir of Europe. Wherever you go, you will find groves of date palms and innumerable vineyards. The civilians are very sympathetic and kind hearted… The climate is very good, because it is an island in the Mediterranean Sea.… An Indian soldier is respected both for his fighting qualities and morale. The people here display no colour prejudice. The coloured are better loved than the white. Sanitation in Sicily is excellent. In our camps we enjoy radio music and cinema almost everyday. On the whole this is one of the happiest and most beautiful countries I have ever seen”. 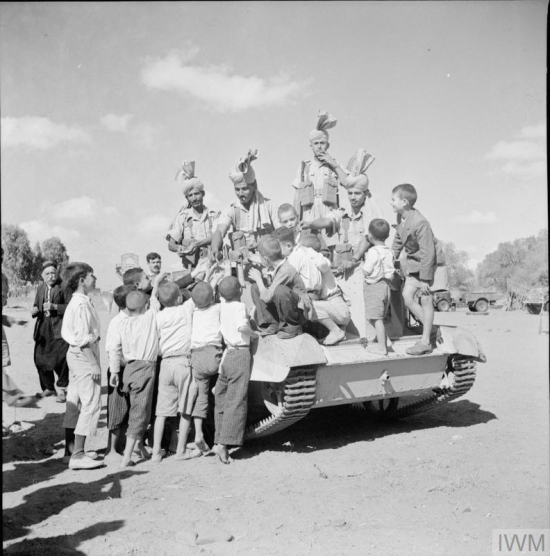 The verdant Italian landscape serves as a harmonious backdrop for amiable cross-cultural understanding that, nonetheless, indicates the presence of systemic inequalities during the war experience – in Indian soldiers’ rations contrasted to British troops, for instance. The extract also highlights the complexity of wartime hierarchies – being a colonial soldier on the victorious side destabilises racial structures to the extent that “the coloured” liberators become “better loved than the white.” And the rather idiosyncratic mention of Sicilian sanitation perhaps indicates its novelty to this soldier.

An Indian captain in the Auxiliary Pioneer Corps is similarly rapturous: “I am sitting under an olive tree and so many trees of almonds are standing near by. No sooner there is a slight wind than all the ripe almonds fall down on the ground. Vineyards are hanging everywhere. Birds are chirping and orchards are found all over the area round about us. Vegetables are in abundance and fruits are more than I can put in black and white. This is the first time in my life that my breakfast consists of almonds and grapes only… Our relations with the local inhabitants are cordial and they are very social”.  Here, the use of the present tense lends immediacy to this description of an Italian paradise’s mellow fruitfulness. Most significantly, both letters emphasise the restorative, albeit exoticised, potential of the natural world in a foreign land, seen through war-weary Indian eyes.