A “day-booke” kept by a Puritan minister, John Syms, has primarily been used as an historical source for studying the events of the English Civil War, especially in and around the Parliamentary stronghold of Plymouth.  The journal is also of significant importance to book historians as Syms listed the books he owned and read over the period.  A further list reveals the chaplain’s role as an early ‘librarian at sea’; Syms served as a naval chaplain aboard a Parliamentary man-of-war. 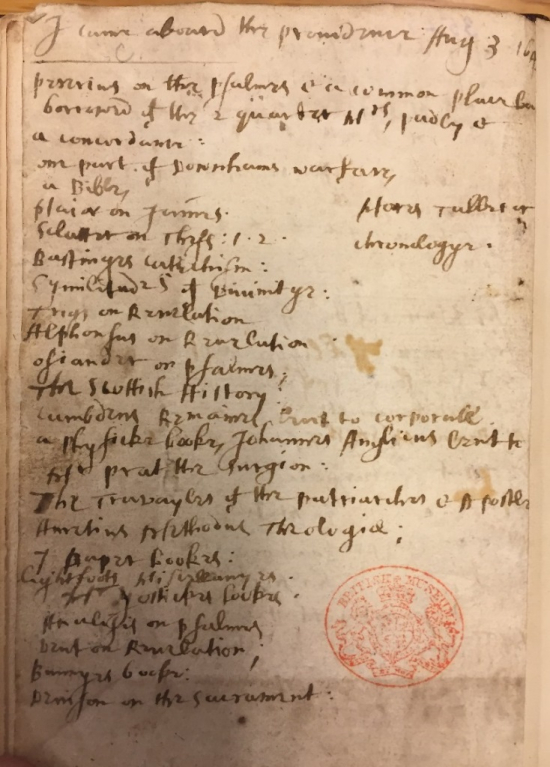 Naval chaplains were not ubiquitous in the Early Stuart period and prior to this time were usually only found on larger ships.  Some captains preferred to be autonomous and free of the (moral) constraints represented by a chaplain.  Why take along a (paid) chaplain when a captain or other suitably appointed person could perform religious services at sea?  In the first 60 years of voyages undertaken by the East India Company from 1601, just 40 chaplains were appointed.

Whether on long voyages across oceans or on ships operating along home coasts, the liturgical role of the chaplain expanded from leading religious services to providing pastoral care: tending to the sick, sending-off the dead, and, much as chaplains did on land, lending books.

Life at sea involves long periods of potential inactivity and frustrating idleness: time which, crucially, could be filled by a chance to read a book to oneself or participate in oral readings amongst a group of comrades.

This chaplain’s books taken aboard the Providence are, as may be expected, chiefly religious with a strong Puritan bias.  But there are also some works which show some signs of having been chosen for a particular readership: men at sea.  Puritans were quite conscious about how books can be used and it is arguable that Syms consciously selected books which would prove popular – and which would also lend some power and influence – all very expedient for someone whose constant purpose was to proselytise.

It’s hard to discern all the titles from Syms’s abbreviated ‘short-title’ list, there’s too little detail to establish particular editions but here are some of the books with editions given being those closest to 1644.

We can make out a Book of Psalmes; a Concordance and a Bible, but besides these functional, liturgical books, here are some of the more idiosyncratic books. … 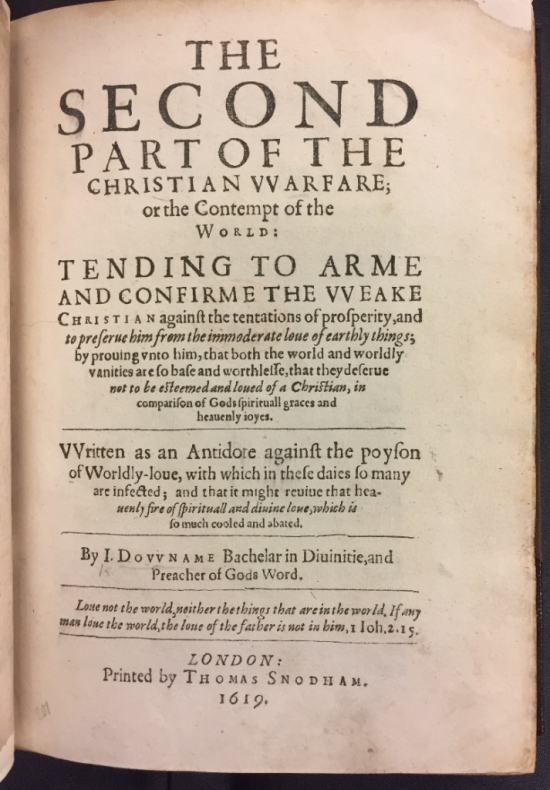 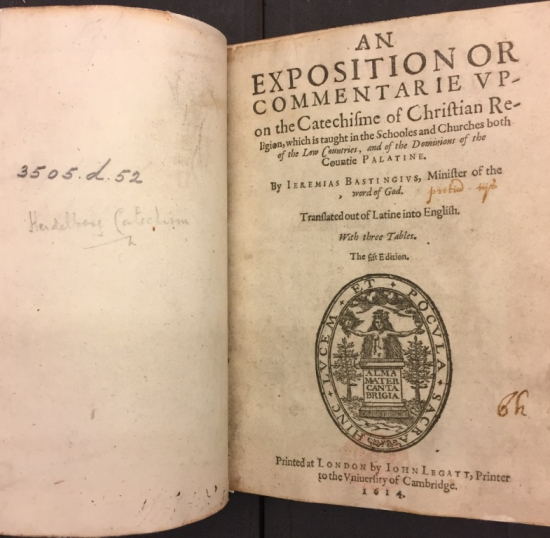 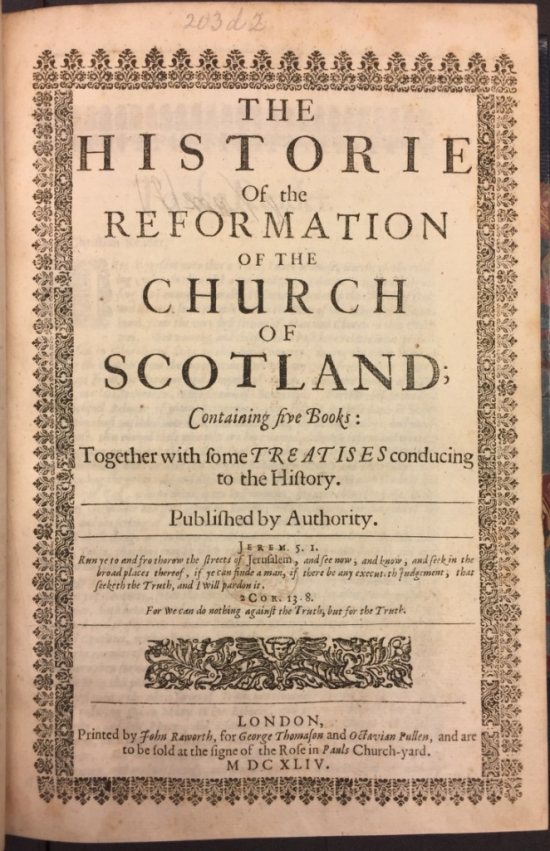 'The Scottish history' may be John Knox’s work on the Reformation in Scotland - two editions were printed in 1644. This edition: 203.d.2. 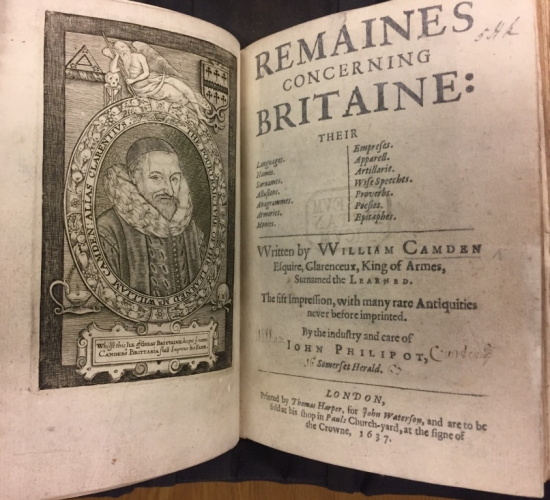 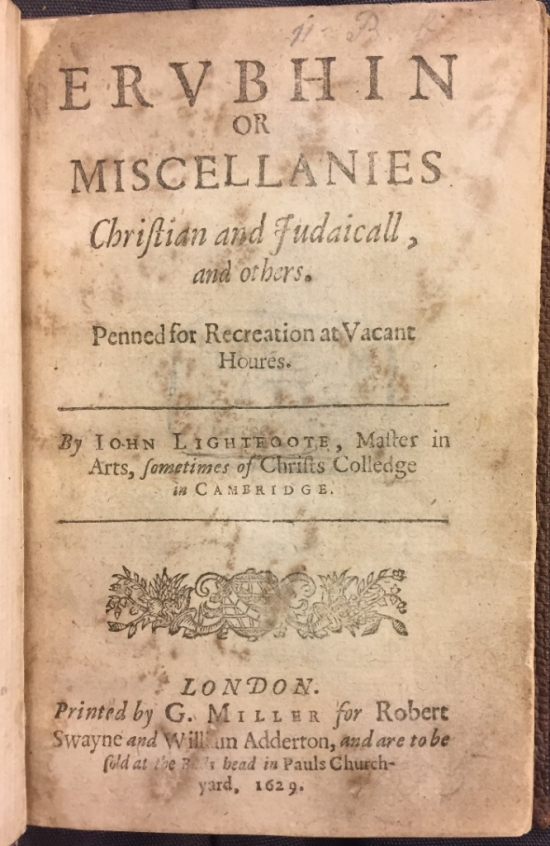 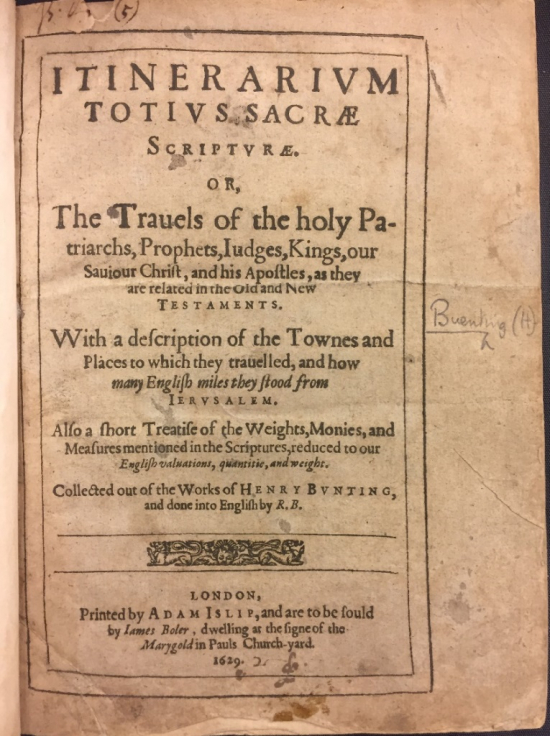 Along with an English’d edition of Heinrich Bunting’s The travayles of the patriarchs and apostles there are works chosen as books which might appeal to literate men at sea. 1481.b.50 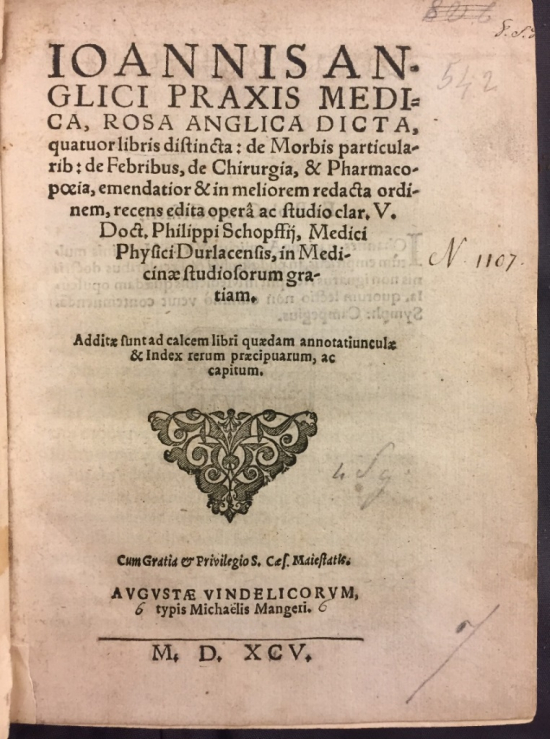 An example of a functional book taken to sea in the 17th century is, ‘A Physick book, Johannes Anglicus’ which was, ‘lent to Mr prat the surgion’. This book is Praxis medica rosa anglica by John of Gaddesden.  Syms’s copy was likely to have been printed in Augsburg in 1595.  542.a.8-9. 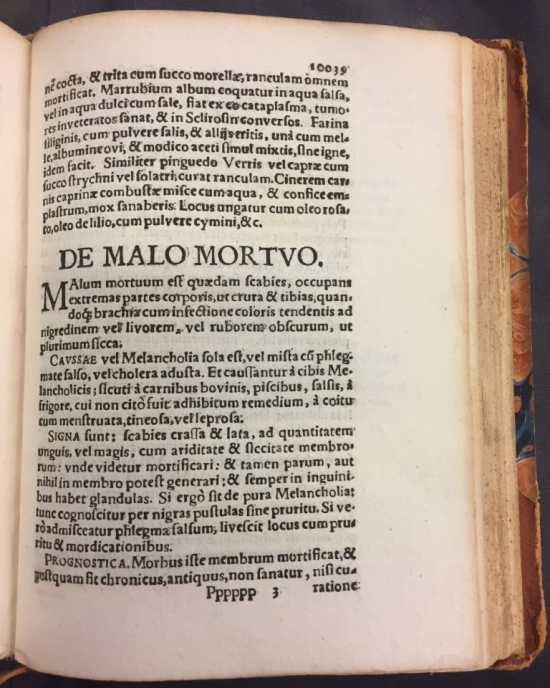 The ‘Physick book', written in the 14th century, contains Arab renditions of the classic writers in medicine; it tells how to treat smallpox by wrapping patients in red cloths; has recipes for obtaining fresh water from sea water by distillatio, and advice on how to deal with the, ‘Evil Dead’ – DE MALO MORTVO – still in use in the 1640s.  542.a.8-9

Syms’s list of books is suggestive and raises many questions: how did he choose which books to take?  Were they purposefully selected, or just what was to hand, what may have been in his trunk or on sale by local booksellers?   Further questions about the role of these books arise from Syms’s involvement in an acrimonious dispute with the captain of the Providence, John Ellison, which resulted in a dozen of the ship’s men being condemned to Marshalsea Prison by the Commissioners of the Navy for having, “much abused the Office of the Navy” and Captain Ellison.

Syms’s list of books and the unrest he played a pivotal role in aboard the Providence has been examined in more detail in an unpublished paper given by Christian Algar at a conference on  Maritime Literary Cultures, in Heidelberg in October 2016.

Posted by Margaret.Makepeace at 08:30:00 in Journeys , Rare books