I recently came across something in the British Library’s collections that stopped me in my tracks – Votes for Women, the newspaper of the Women’s Social and Political Union (WSPU). As soon as I saw the green, white and violet emblem of the WSPU emblazoned on the cover, I was overpowered by the feeling that I was in the presence of something that was instrumental in giving me the freedom and rights that I enjoy today. 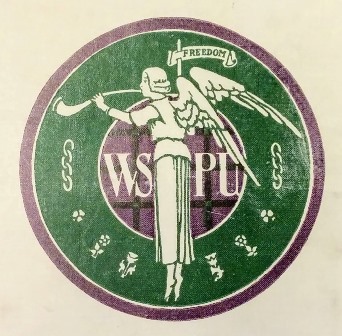 Interpretations of the significance of the colours of the emblem vary. They may have been designed to convey a powerful message – Give Women Votes; it is also thought that the purple symbolised dignity, white purity and green hope.

Browsing through the editions for 1911, I was struck by the relentless and inventive daily campaigning it so vividly chronicles, and the hard work of the people producing the newspaper itself. In an article in the edition for July 14 1911, Frederick Pethick-Lawrence writes about the time that he and his wife Emmeline first met Mrs Pankhurst in March 1906 when she convinced them that activism was the way to secure women’s suffrage. 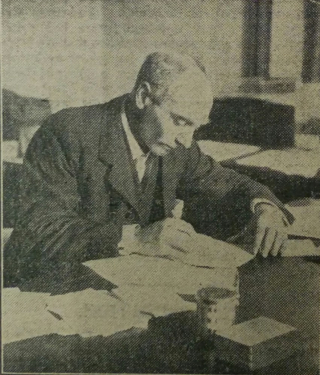 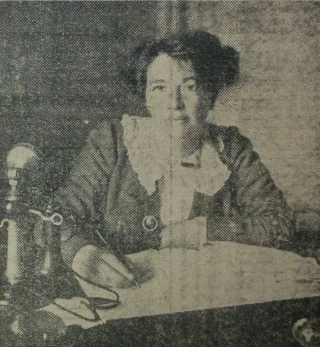 The Pethick-Lawrences’ marriage in 1901 was a love match between two committed social reformers. Not only did they devote much time and energy to leadership of the WSPU until 1912, alongside Christabel Pankhurst, but they also suffered imprisonment for their cause. The Pethick-Lawrences were inspired by that first meeting with Mrs Pankhurst to support and promote the cause by publishing a newspaper, Votes for Women. They eventually disagreed with Emmeline and Christabel Pankhurst about the more militant tactics they later employed and were ousted from the WSPU, but continued to campaign for women’s right to vote.

The first edition of Votes for Women was launched in the autumn of 1907, by which time there was sufficient campaigning activity to fill a monthly publication. It achieved a circulation of 2,000 copies when it was first published. 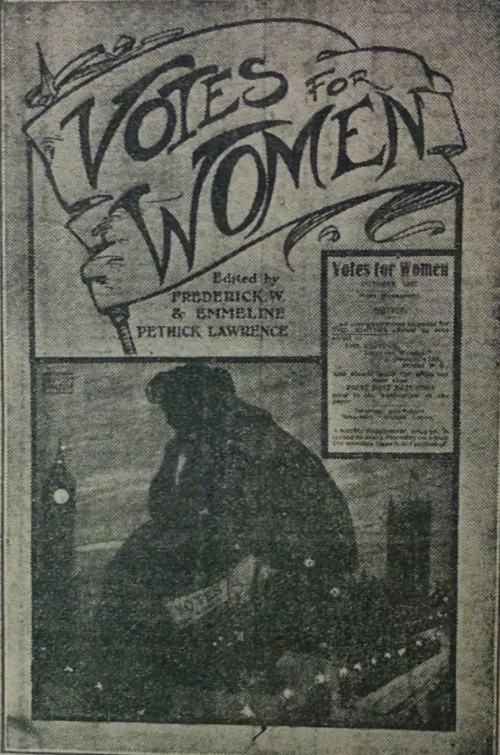 Cover of the first edition of Votes for Women

By July 1911, when Frederick Pethick-Lawrence was writing about the history of Votes for Women, demand and activities were such that it was published weekly, with a circulation of 30,000. Despite being rather grainy, the images in Votes for Women are a testament to the commitment and continuous graft of the people who produced the newspaper and volunteered to sell and distribute it. 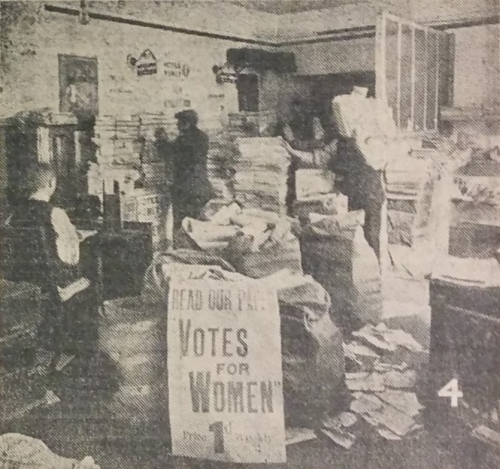 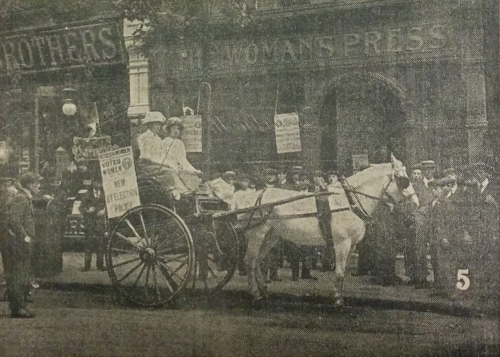 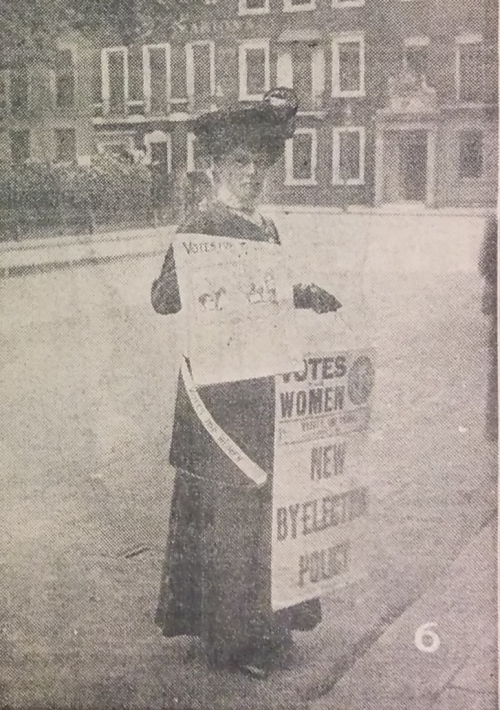 A sure sign of its success was the number and variety of advertisements it attracted by 1911, helping to fund the production of the newspaper. 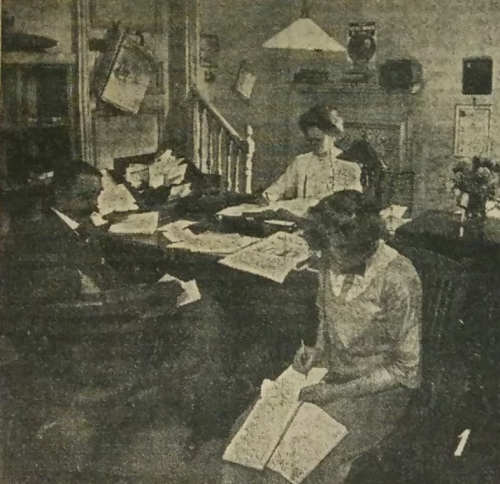 Over the coming months I will post some more blogs about Votes for Women, giving further insights into the tactics used to muster support for the cause.

Images all taken from Votes for Women, 1911