The East India Company knew that it was dangerous to employ overseas servants who were xenophobic, lazy, or dishonest.  Indeed the Company was so concerned that it created a ‘Black Book’ to record errors and misdemeanours. 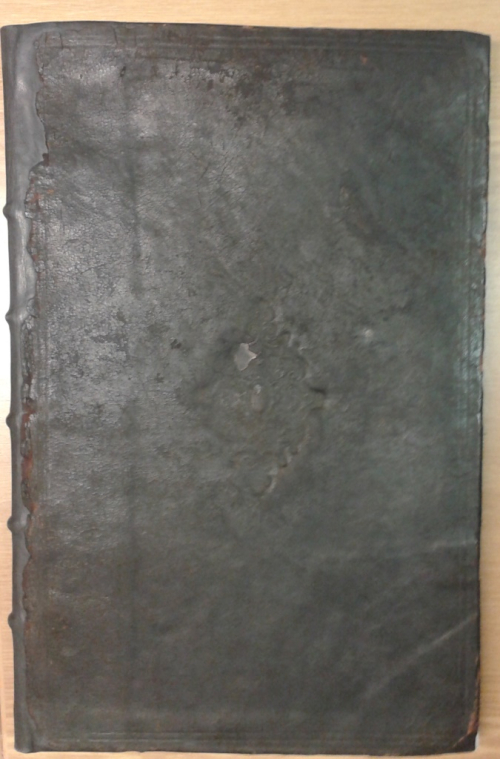 The book which survives in the India Office Records covers the years 1624-1698.  It copies in complaints made in letters received from Company servants in Asia.  Most reports of wrongdoing relate to private trade carried on against express orders, but they also cover drunkenness, negligence, desertion, disobeying orders, embezzlement, and debauchery.

Company servants had to be careful that in obeying rules set by the directors in London they did not risk alienating the local society hosting them.  Merchants were generally keen to avoid giving offence and tried to discover local protocol before trying to gain access to powerful men. The reports tell us where things went wrong.

Here are a few examples of reported misconduct which affected the Company’s relations with local people in Asia:
• In January 1626/27 Robert Hackwell, master of the Charles,  put two black men to death at Jambi and was discharged from East India Company service for ever.
• Nathaniel Mountney and Thomas Joyce were involved in a fight in 1632: ‘theire heads full fraught with wyne fell out with the Moors & in the fray a moore was slaine’.  Joyce was put in irons for ten days for the offence and only released after a large sum was paid.
• Thomas Nelson, gunner of the Swan, was charged 500 rupees in 1635 for killing a man at Macassar by a bullet carelessly shot into the town.
• In 1642 Humphrey Weston left all the Company’s property at Japara and ran away in fear of his life because he had been consorting with a Javan married woman.
• Richard Hudson’s ‘ill behaviour’ at Masulipatam aroused the local people’s hatred, especially the ‘great ones’.  Hudson had dealt in their grains and taken government duties upon himself.

Here is the entry in the ‘Black Book’ taken from a letter from Surat in 1686 concerning the conduct of Roger Davis, Captain of the ship East India Merchant. Davis had arrived in Bombay at the time of Richard Keigwin’s rebellion against the Company and had established friendly relations with the rebels. He then fell ill and died, thus removing the problem: ‘Had that naughty man Davis lived, we had for certain protested against him, and should have used the East India Merchant worse than we did’.  Death often did solve disciplinary difficulties for the Company.

Posted by Margaret.Makepeace at 10:10 AM