Sometimes when cataloguing India Office Records we encounter unfamiliar words. Rather than an untold life, today we present an ‘untold word’, which might be known to those of you who have read Indian history.

What does Toshakhana mean?

Of Persian or Sanskrit origins, Toshakhana means ‘Treasure-House’, the store where items received as gifts from tribal chiefs, local rulers and princes were deposited. In fact, East India Company and India Office officials were not allowed to accept presents. Such items, often weapons or jewels, were to be valued, deposited in the Company’s toshakhana, and later used for exchange gifts with other rulers.

Several countries still have Toshakhanas. There were Toshakhanas in British India, and there was one in Bahrain. 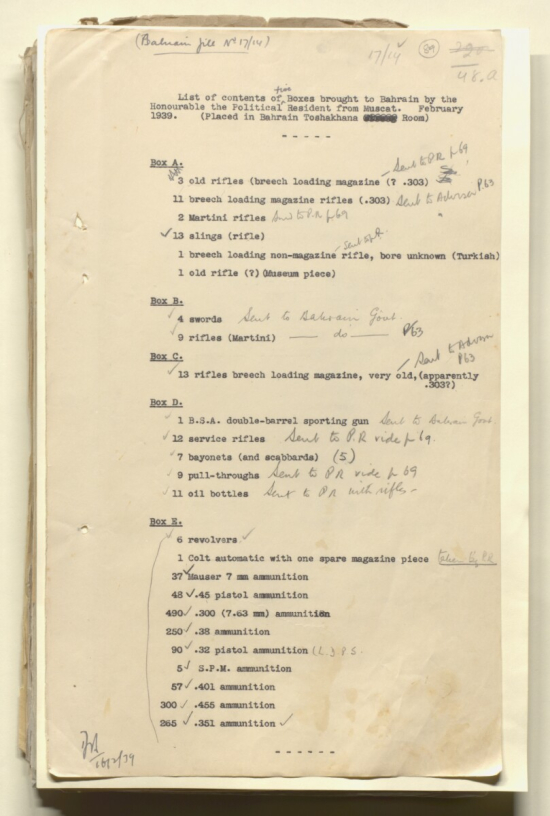 Items like rifles, watches, cigarette cases, hunting knives, binoculars and telescopes were normally kept for presentation purposes in the Bushire Toshakhana and reused as gifts for local rulers.