Caught out at Customs

On 29 November 1932 a consignment of goods was delivered to Karachi via the SS Wachtfels, described on the manifest as “used effects, the property of the Afghan Government”.  On closer inspection the package was found to contain five pistols, 590 rounds of ammunition, and a “seditious publication”.  The items belonged to Abdul Hadi Khan, the former Afghan Minister to Berlin. The publication was Must England Lose India? The nemesis of empire, by Colonel Arthur Clark Osburn, who had served with the Indian Medical Service.  Published in 1930, the book was banned for distribution in India.  Several people had brought the book to the attention of the India Office, including Osburn himself, who had instructed publisher Alfred Knopf to send a copy to the Secretary of State for India.  Osburn initially suggested that it would be inadvisable for the book to be sold in India during a period of unrest, and claimed “I am unwilling, being a member of the Socialist Party to embarrass the present Government in England in anyway”. 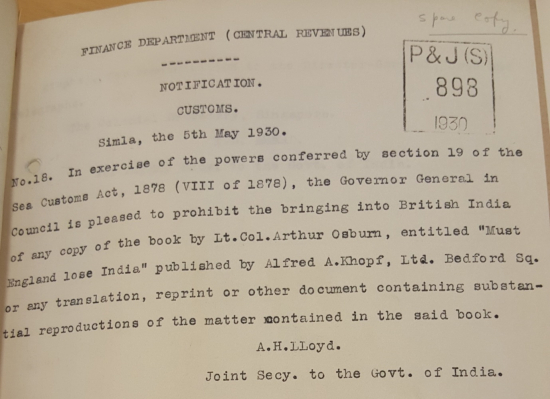 The book was confiscated. What about the pistols and ammunition?  The possession of these personal items was not the primary issue for the British authorities; rather it was the circumvention of protocol for importing arms and ammunition.  Under the Anglo-Afghan Treaty of 1921 the British were “for all practical purposes under an obligation to let the Afghan Government import without hindrance or restriction whatever arms it desires”.  However, prior formal notification of HM Minister at Kabul was required before permission would be granted, a system in part designed to stop the flow of arms across the border to the North-Western Provinces.

A search for a precedent to guide the decision revealed that in 1926 S Ghulam Siddiq Khan, when returning from the same post in Berlin, had transported arms not covered by a laissez passer which he had obtained from HM Embassy in Berlin.  It was noted:

“Whether the present case is a more serious one than that seems to depend on decision of the question whether it is worse to import arms under a false declaration by an Afghan Consul, or to misuse a British diplomatic laissez passer for the same purpose.”

The pistols and ammunition were returned, as an “exceptional concession”. 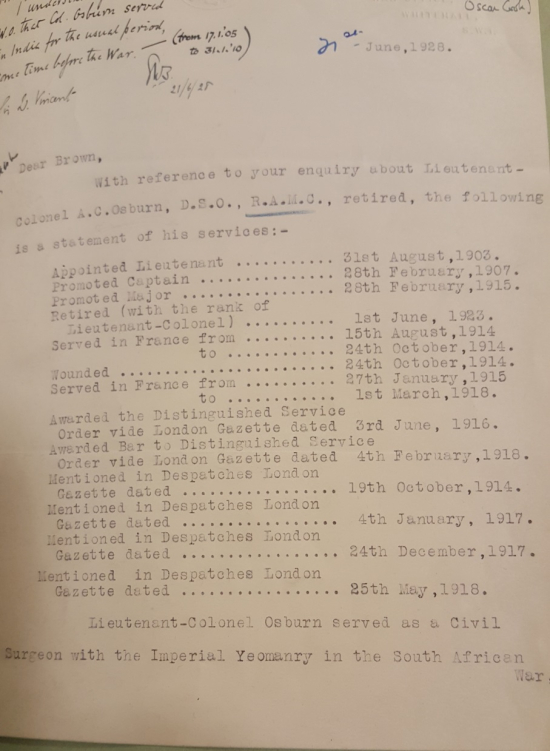 Osburn requested that the ban on his book be lifted, claiming to have written the book to counteract the views put forward by Katherine Mayo in her book Mother India.  He claimed his object in publishing the text was “to delay or prevent the demand in India for Independence or Home Rule from being irresistible”.  His plea was rejected by the India Office, with Under Secretary of State Arthur Hirtzel branding Osburn as “one of those disgusting birds who like to foul their own nests”. 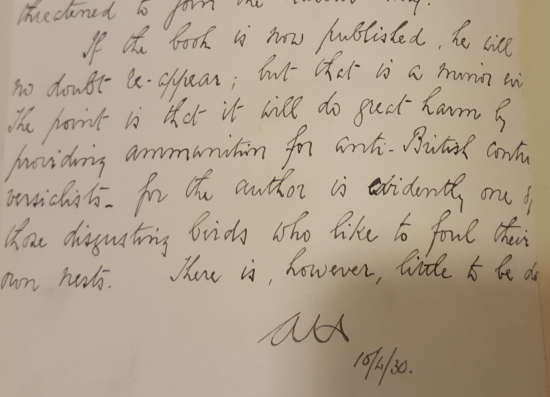 Osburn’s book was added to the list of prohibited publications, alongside a wide variety of anti-imperialist works of non-fiction, fiction and poetry.  These titles can be explored further in the British Library catalogue Publications proscribed by the Government of India, and the Library holds many of the volumes in its collections.