India Office Private Papers recently acquired the journal of Henry Nicholetts written during a voyage to Calcutta in 1855. Henry was aged 15 and on his way to start a career in Borneo.  We are delighted that the journal is going to feature in an event at the British Library in June - A Passage to India: Shipboard Life. 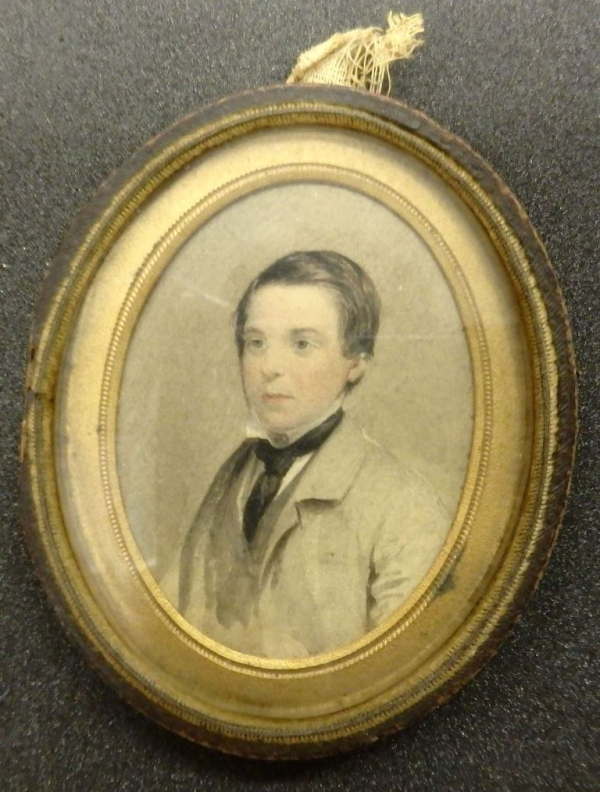 Henry Nicholetts was born in South Petherton Somerset on 31 July 1840, the tenth child of solicitor John and his wife Mary.  Henry’s mother died shortly before his eighth birthday.  He was educated at Merchant Taylors’ School in London and for a short time at Rugby.  In 1855 his father asked Henry if he would like to go to Borneo as a ‘governor’ of a district.  There was a family connection: Henry’s elder brother Gilbert was married to Mary Anna Johnson, a niece of Sir James Brooke, Rajah of Sarawak.  Henry tells us that he ’accepted the appointment without any hesitation’ and set off on his journey in July 1855 on board the Monarch bound for Calcutta.

Henry kept a journal of the entire voyage, overcoming sea sickness in the early days to take pleasure in life on board ship:  ‘I think it is worth coming to sea if only to see the beautiful mornings’. 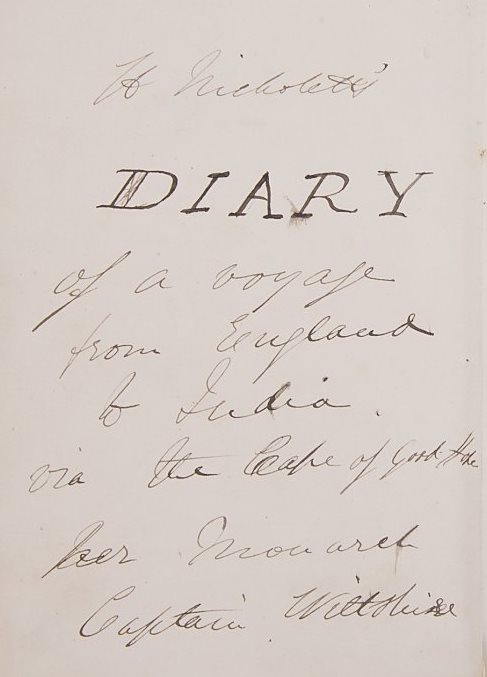 The teenager complains at times of the monotony of the voyage, having nothing to record some days except the position of the ship. But he and his fellow passengers passed the time with whist, quoits, play-acting, singing, dancing, and shooting birds. There were fights and accidents to report – a chain fell from the rigging, rattling to the deck close to a young passenger, and a dog fell overboard. Henry enjoyed two traditional maritime celebrations: the ceremony of the dead horse when the sailors’ advance of one month’s pay ran out, and ‘crossing the line’ with Neptune. 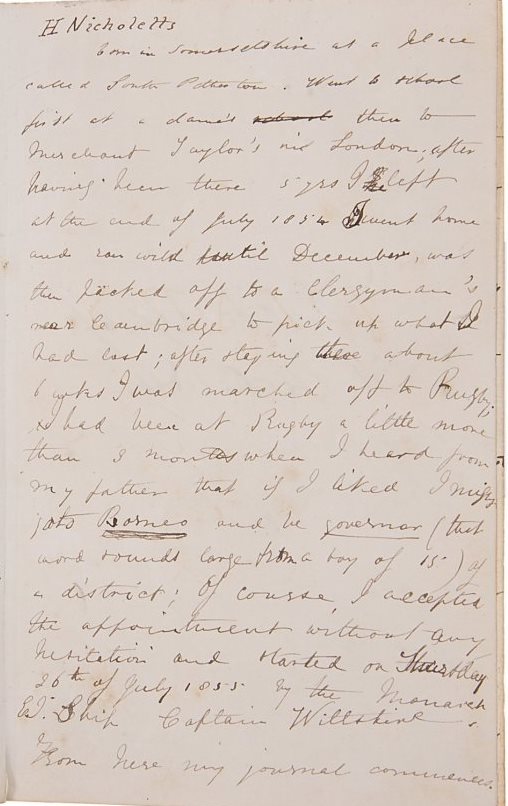 Henry had tea with the midshipmen who were ‘very free and easy’, and he ‘began to know the ladies a little better’, chatting with ‘a young lady of very prepossessing appearance & of a very romantic turn of mind’. Small incidents are turned into amusing stories: the bad haircut given to one young man; the mixing of gin instead of water into port wine; the effect of the waves - ‘The ship rolling a good deal we had scenes in the cuddy - tea cups tumbling over; legs of mutton bounding down the table; ladies falling into gentlemen’s arms’.

Unfortunately our story of this engaging teenager does not have a happy ending.

On arrival in Sarawak, Henry was posted by Sir James Brooke to Lundu. In February 1857 he went on a short visit to stay with Brooke at Kuching. 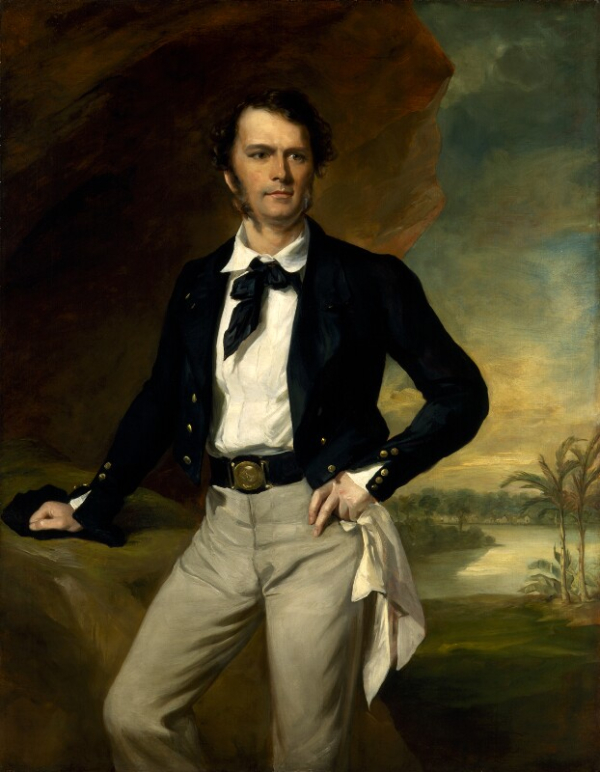 On the night of 18/19 February Brooke’s house was attacked by armed Chinese. Henry went out from the bungalow where he was sleeping.  Brooke wrote:  ‘Poor Harry Nicholetts! I mourn for his fate.  I was fond of him, for he was a gentle and amiable lad, promising well for the future. Suddenly awakened, he tried to make his way to the large house, and was killed in the attempt.  His sword lay beside him next morning when he was found. Poor, poor fellow!’

Join us on 19 June to hear more about Henry’s shipboard experiences and those of other voyagers to India as revealed in their private papers. 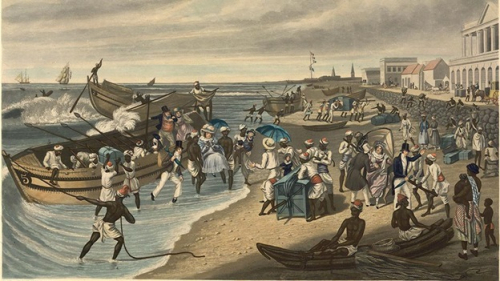