A botanical excursion in Wales

On Sunday 27 June 1773 at Chepstow, a party of botanists were clambering about ‘on the Steep nacked Bank by the Side of the Wye not far from the Castle’, hunting for plants.  The species identified included wild cabbage (Brassica maritima) on Chepstow Castle, madder (Rubria tinctoria) and stonecrop (Sedum rupestre) “upon the Rocks on both Sides of the Wye above and below the Bridge at Chepstow”, and the bee orchid (Ophrys apifera) on the river bank.  They may have been too intent on their botanising to notice that two other members of their party were getting stuck in the mud of the tidal river. The artist Paul Sandby recorded this mishap in his 1775 aquatint, Chepstow Castle in Monmouthshire. 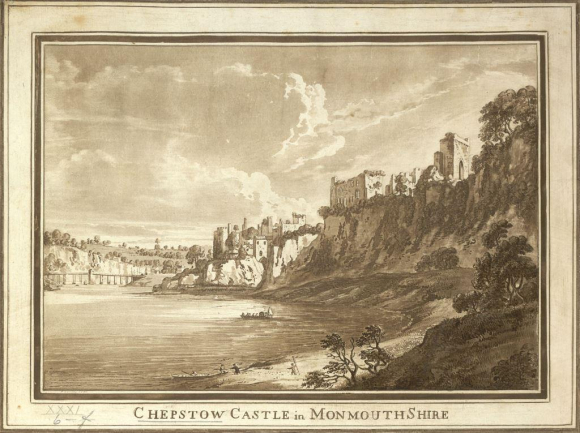 This expedition took place between 25 June and 16 August 1773.  The members of the party were Sir Joseph Banks, Dr Daniel Solander, Reverend John Lightfoot, The Hon. Charles Greville, Paul Sandby, and possibly also the Swiss geologist and meteorologist Jean Andre de Luc. The itinerary, recorded in Lightfoot’s journal, covered much of the coast of South Wales from Chepstow to Milford Haven and St David’s.  The purpose of the expedition was primarily botanical but there were also artistic aims.

Sandby had made a tour of North Wales in 1771 and his subsequent enthusiasm for Welsh scenery must have been well known to his friends. While the scientists explored the vegetation, Sandby was taking views of the many castles along the Pembrokeshire coast. They were at St Quintins on 5 July where Sandby sketched the Castle gatehouse and the botanists found mint, Mentha longifolia, “by the Mill going to St. Quintins Castle a mile from Cowbridge, and in a wet marshy meadow on the left going to the Mill, found Ranunculus lingua” or Greater Spearwort. The party was at St Donat’s on 6 July. While Sandby drew the landscape and castle, the botanists were exploring the cliffs, caves, and crevices at nearby Nash Point where they found the ferns Asplenium marinum and  Adianthum capillus veneris “upon Nash Point facing the Sea, several Patches of it, but upon very high inaccessible places”. 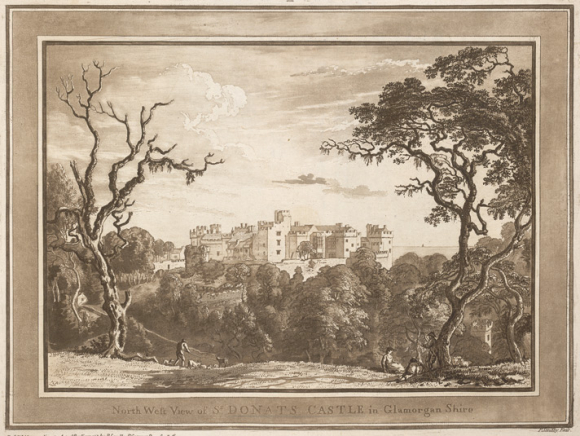 Sandby depicted the view up the Neath River on Wednesday 7 July while the scientists were making a new botanical discovery for the county of Cheiranthus sinuatus or Sea Stock “a quarter of a mile before you come to Breton Ferry, on a Sandy Bank, on the right-hand side by the Road Side from Bridge End”. 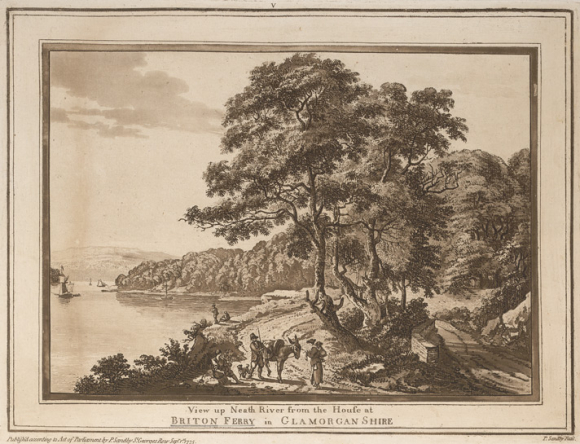 Paul Sandby,View up the Neath River from the house at Briton Ferry British Library K.Top.47.46.c.

This expedition had an unexpected outcome for Sandby’s career.  Later the same year, Banks was approached by the artist P. P. Burdett who wished to interest the scientist in his ‘secret’ printmaking technique as a way to reproduce Banks’s collections from his voyage with Captain Cook.  Banks did not take up this offer, but Greville subsequently paid Burdett £40 for the description and passed it on to Sandby.  This was the technique Sandby developed and named aquatint, and his first set of prints, published in 1775, was of the views in South Wales taken during the summer tour; the set was dedicated to his companions, Banks and Greville.

Posted by Margaret.Makepeace at 10:20:00 in Journeys , Science , Science and environment , Visual arts

Posted by Margaret.Makepeace at 10:20 AM