On 9 December 1911, The Graphic magazine had a short piece with the surprising title ‘How Cattle Threaten the Unity of the Empire’. This stated that at a time when the King’s cattle had been winning prizes in Britain, his Hindu subjects in India were petitioning to stop the slaughter of cattle for the British Army and permit the introduction of beef from Australia. It reported that a picture was being circulated with the petition showing how useful cattle were to other industries if they were not slaughtered. 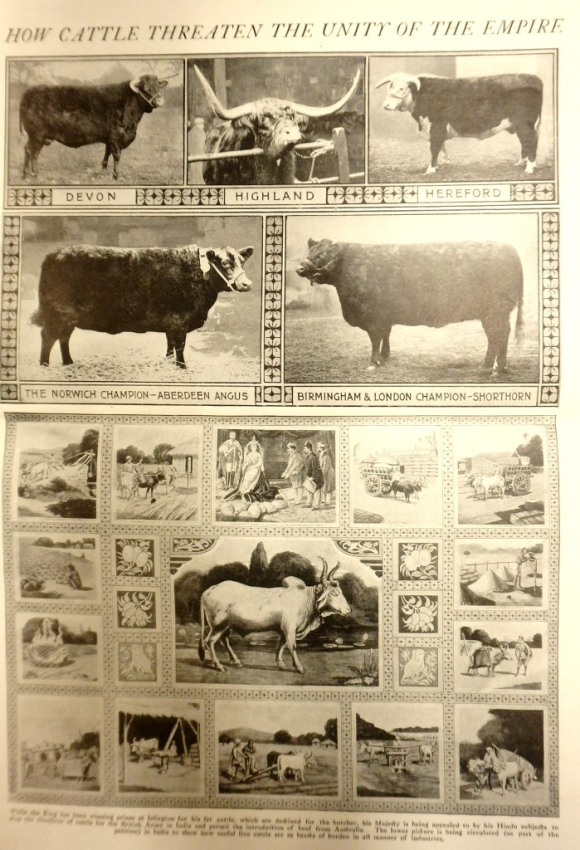 Cow protection was a serious issue in India. The cow was an important Hindu symbol of maternity and fertility. For those fearful that colonial policies were endangering traditional Hindu practices, and others who were struggling with increased competition for education, jobs and scarce resources, the cow represented a comforting and benign figure, a guard against evil, and an illustration of good Hindu behaviour. As such cow protection was a unifying issue for Hindus of all walks of life.

The proposal referred to in The Graphic of importing Australian beef for British troops in place of beef killed in India seems to have been devised by Khursedji Sorabji Jassawalla, a member of a well-known Parsi family from Bombay. A colourful figure, Jassawalla had been associated with the anti-cow killing movement since 1885. In October 1911, he travelled to London with the intention of presenting to the King a petition and two million signatures he claimed to have collected. While residing in Hampstead, he wrote a note outlining his scheme to provide Australian mutton to the British Army even at a loss to himself if the slaughter of Indian cattle would be stopped. Unsuccessful in his attempts to gain a Royal audience, he sent his petition to the Government of India and the India Office. 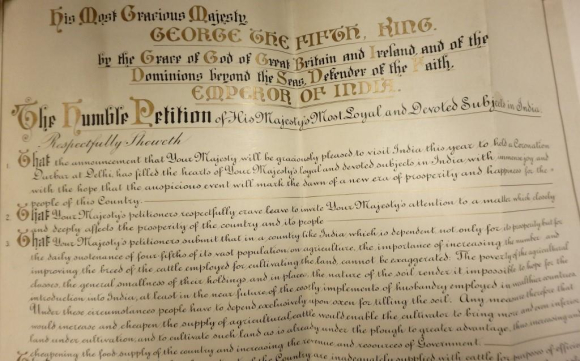 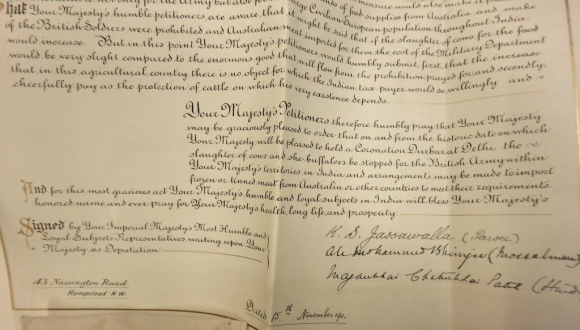 The Government of India was rather unimpressed with Mr Jassawalla’s scheme, as this comment in his criminal intelligence history sheet notes: “The whole proposal is a commercial one, and from that point of view his past career does not inspire confidence”.

This was not the only petition on cow protection the India Office received that year. On 9 November 1911, a petition was received from Sir Bhalchandra Krishna, a resident of Bombay, protesting against the slaughter of cows in the city and district of Muttra and Varaj in the United Provinces. With his petition were submitted over 100 pages of signatures. The Government declined to make any alterations to the arrangements for the slaughter of Indian cattle. 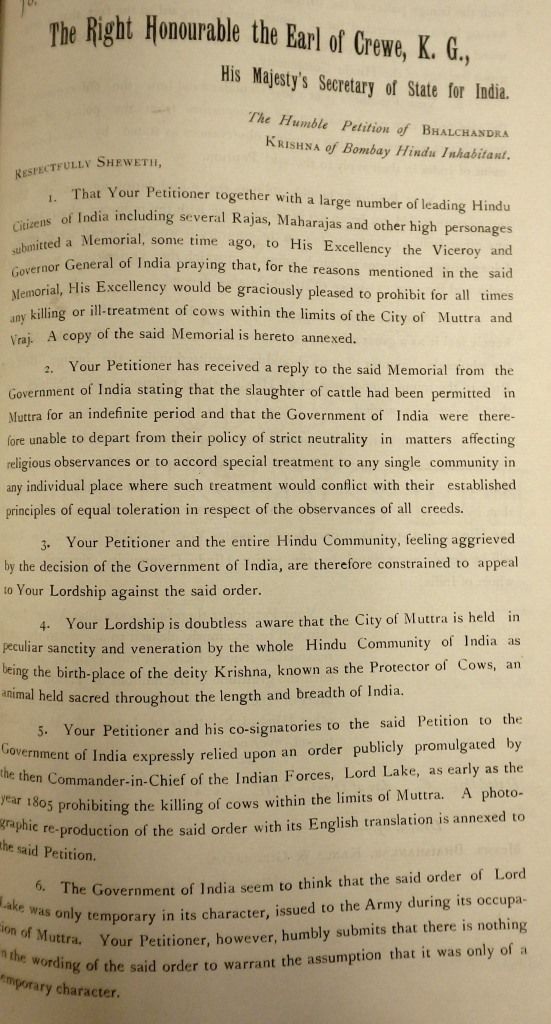 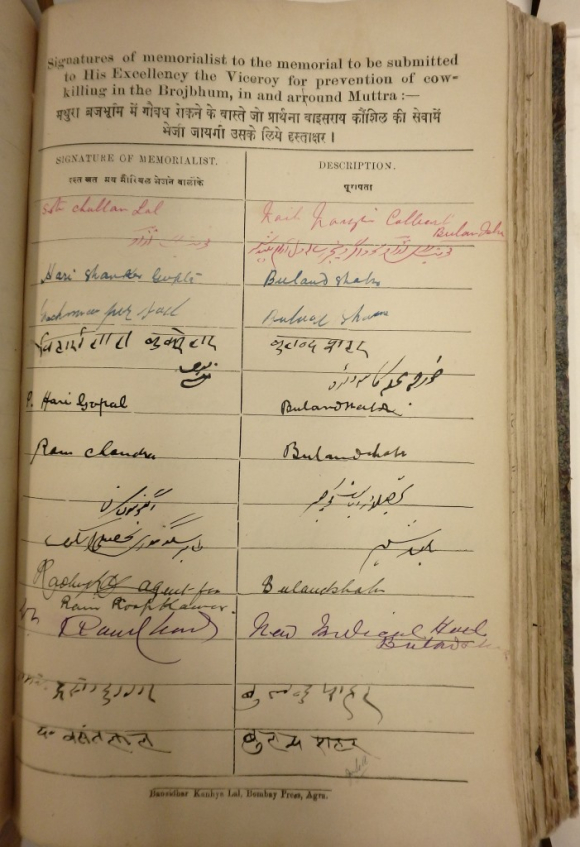 Further reading:
The Graphic, 9 December 1911, page 889 (in a file of newspaper cuttings on Persia in the Curzon Papers) [Reference Mss Eur F112/249]
Memorial to the King from Mr Jassawalla and others asking that British troops in India may be supplied with Australian meat in place of beef slaughtered in India, 1911-1913 [Reference IOR/L/PJ/6/1123, File 4428]
Memorial from Sir Balchandra Krishna and others protesting against the slaughter of cows in Muttra (UP), 1911 [Reference IOR/L/PJ/6/1125, File 4678]

Posted by Margaret.Makepeace at 08:00:00 in Australasia , Religion , South Asia