Judith Weston and her search for a husband

Judith Weston left England in December 1727 to visit her brother William in India.  William had recently been appointed to the East India Company’s civil service in Bengal. Aged 26 and belonging to a large family living at West Horsley in Surrey, Judith was hoping to find a husband. 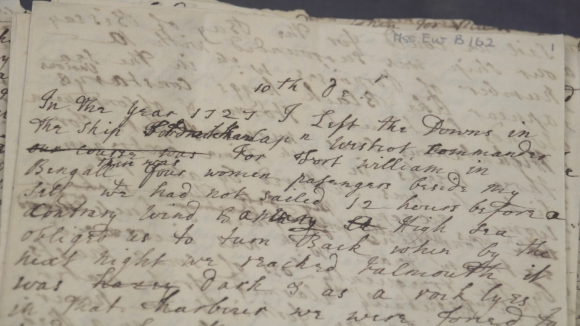 Her voyage to India on the ship Streatham (or Stretham) is described in Judith’s account which is preserved in the India Office Private Papers. There were four other female passengers on board the ship. Judith explained that the Bay of Biscay was so rough that they could not cook meals, change their clothes or even lie down. The other ladies were horribly seasick, but not Judith! She even kept a good appetite. She tells us that one of the other ladies was so sick, she burst a vessel in her stomach.

The ship docked in the Cape Verde islands and Judith was fascinated by the active volcano, Fogo. Hot lava was visible at night and the female passengers found this frightening. The ship continued to the Cape of Good Hope and then onwards to India. 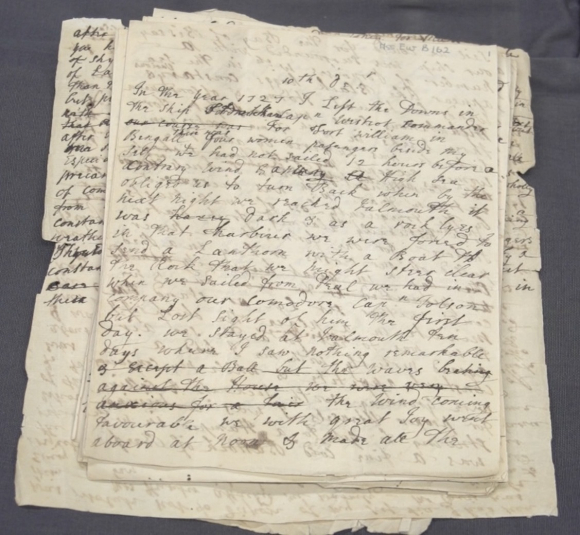 The ship stopped off at Fort St George in Madras (modern day Chennai) on its way to Calcutta (Kolkata). The ladies had to endure a difficult journey to shore by rowing boat in very rough seas. Judith was embarrassed by the fact that the oarsmen were wearing only loincloths. 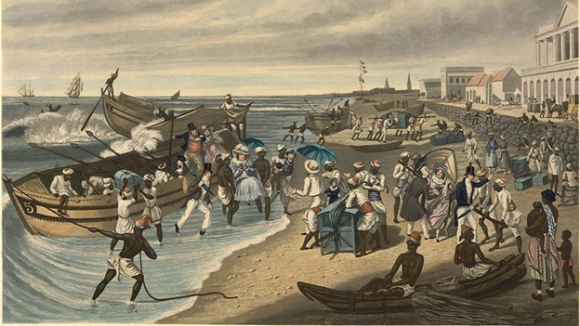 When Judith made dry land, she was taken to the governor but the other ladies had to stay in a punch tavern. They were all invited to a dinner and dance in the evening. The governor made it very clear that he thought that none of the ladies would get a husband. Judith did not like being treated as merely a package of goods for market. The governor had been asked by an East India Company official who lived at an outpost station to find a wife for him. The governor thought Judith would do. He was very surprised when Judith refused the offer. She was determined to continue on her voyage to see her brother.

Judith found a husband very quickly - within a month of the Streatham’s arrival at Calcutta in July 1728.  She married Scottish-born merchant John Fullerton on 16 August 1728. The previous year, John had been the sole survivor of an attack on a group of Englishmen at Jeddah.

It seems to have been a very happy relationship. In 1732 the couple left India on separate ships to return to England and settle there. John wrote to Judith from St Helena declaring his love for her. He was relieved to find that she had given birth safely on board ship. She was three weeks away from port at the time. She had produced a fine baby boy but John wanted a daughter. In his letter, he wrote that he hoped to have a ‘little Judy’ in the future. His wish was granted. As well as four sons, they had a daughter Judith.

At our event on 19 June you can hear more about the shipboard experiences of voyagers to India as revealed in their private papers.