Good news! We have recently acquired this for the Library: 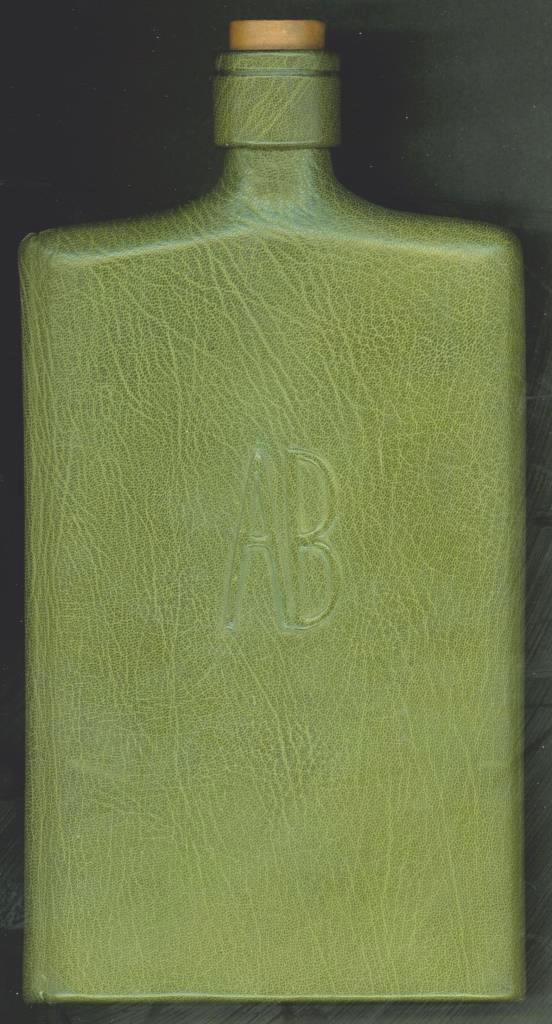 “A hip flask?” you may ask, incredulously.  Well, yes and no.

What you’re actually looking at is a modern book binding by a man called Jan Sobota.  Sobota was born in Czechoslovakia in 1939 and grew up there during the Communist occupation.  He studied under a famous designer bookbinder called Karel Silenger in Pilzen and graduated from the School of Applied Arts in Prague in 1957.  In 1969 he was awarded the title of “Master of Applied Arts” in bookbinding and restoration by the Czech Minister of Culture.  Sobota died in 2012.

The restrictions of the Communist regime meant that Sobota couldn’t follow international developments in the fields of art and design for many years.  He struggled with a lack of inspiration until these restrictions were lifted and ideas came trickling, or rather flooding, in.  This was when Sobota started experimenting with creating book objects like the one we’ve just acquired for the Library.  These are three-dimensional, almost sculptural bindings that transform a book into a unique piece of art.  The book itself is housed securely inside the protective sculpture that also serves as a highly experimental, innovative way of expressing its contents.

So what book is contained within this object?  It’s a Czech translation of a book, first published in 1954, about an extraordinary ocean crossing.  Alain Bombard became famous in 1952 for allegedly drifting in a 15-foot rubber boat across the Atlantic, from the Canary Islands to Barbados, in 65 days.  He did this without provisions and relied solely upon fish, salt water and fluids squeezed from raw fish (disgusting, I know) to survive.

The flask itself is made from olive-green, crushed morocco (leather made from goatskin) and Alain Bombard’s initials are embossed on the front.  A note is tucked inside saying that it was made in 1979.  There is even a brown leather cork in the neck at the top of the bottle.

Why did Sobota choose this bottle shaped binding for Alain Bombard’s book?  Perhaps Sobota is wryly suggesting that Bombard should have brought something a little stronger along on his voyage.  It would have broken up the diet of salt water, fish and fish juices at least.  But maybe Sobota is being more whimsical than that.  Could it symbolise a traditional message in a bottle?  After all, Bombard was essentially stranded at sea for 65 days.  My favourite interpretation, however, is that Sobota believed Bombard must have been extremely inebriated to come up with such an insane idea in the first place!

Posted by Margaret.Makepeace at 08:30:00 in Arts and crafts , Journeys , Rare books