The King’s Architect and the ‘Architect King’

In 1757 the Swedish-born Scot, William Chambers (1723–1796) was appointed as architectural tutor to the future king, George III. Chambers’ job was to teach the young heir the principles of classical architecture, but together they also designed and built several real buildings too. The King’s Topographical Collection, assembled by George and later given to the nation, now resides at the British Library and includes views of a number of the buildings born out of their partnership, many of which can now be seen at Picturing Places, the British Library’s brand new online encyclopaedia of all things topographical. 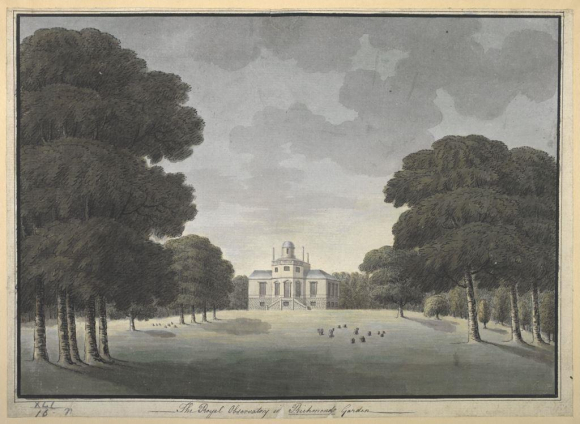 One of those views is featured in my article about the little-known draughtsman, John Spyers. For 20 years Spyers worked for the most famous of all British gardeners, Lancelot ‘Capability’ Brown, before turning his hand to topographical art and selling two albums of his drawings to the Russian Empress Catherine the Great for a very large number of roubles. A handful of original views by Spyers are preserved in the King’s Topographical Collection. One shows the Royal Observatory in Richmond Gardens, which was designed by Chambers and completed in time for the King to observe the much-anticipated transit of Venus in 1769. While the view’s poorly-drawn sheep are clear evidence of Spyers’ authorship, the drawing was formerly unattributed until an exhibition and conference at Hampton Court Palace in 2016 drew attention to the overlooked draughtsman. 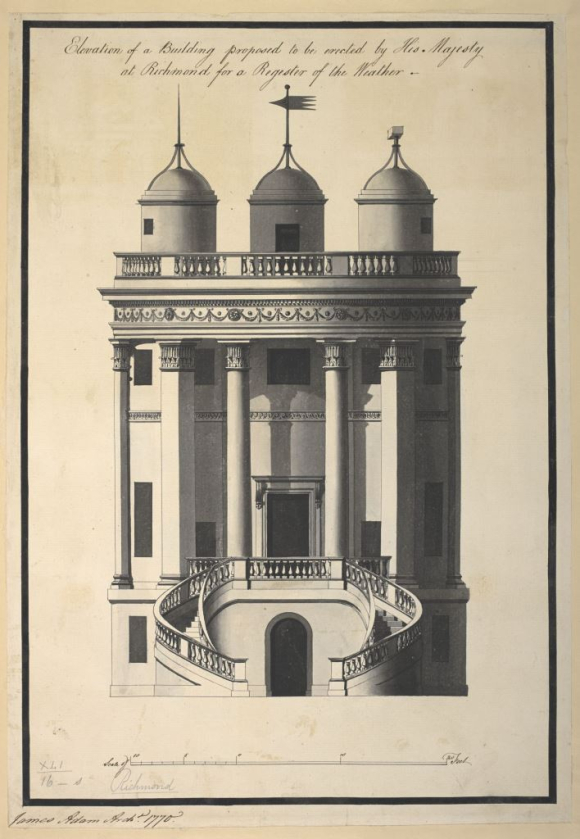 Design for a Register for the Weather by James Adam. Maps K.Top.41.16.s.

The Royal Observatory is one of the many buildings that illustrate George III’s fervent interests in science and the arts. Another related building is encountered in Peter Barber’s article on the Scottish architect, Robert Adam. Like the Observatory, the design for a weather register by Robert’s partner and brother James was also intended for Richmond. But although it is undoubtedly very elegant, for unknown reasons it was never built – probably to the delight of William Chambers as Robert Adam was one of his great rivals, even though they shared the title of ‘Joint Architect to the King’. 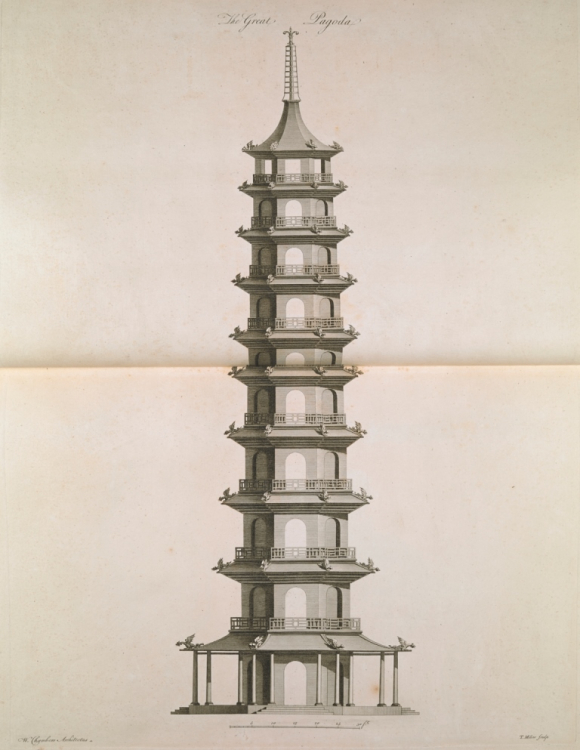 Adam never completed any major works for the King, whereas Chambers was far more successful in this respect. The majority of his private royal commissions appeared at Richmond’s neighbour, Kew Gardens, between 1760 and 1763. (The present-day Kew Gardens encompasses both parts of the royal estate, although at the time the two gardens were separated by a thoroughfare known as ‘Love’s Lane’.) Chambers designed and built more than 20 follies and seats in a multitude of styles to ornament the gardens – a ‘Turkish’ Mosque, a ‘Moorish’ Alhambra, a ‘Chinese’ Pagoda and a ‘Gothic’ Temple among them. The full story is told in Jocelyn Anderson’s article, which looks at Chambers’ publication, Plans, Elevations, Sections and Perspective Views of the Gardens and Buildings at Kew in Surry (1763). George III’s own copy of this book is today owned by the British Library. 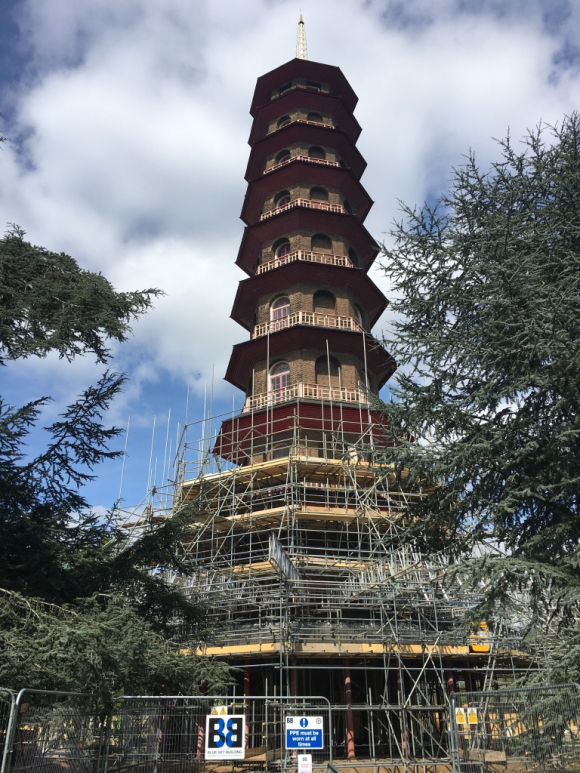 The Great Pagoda in Kew Gardens is currently being restored by Historic Royal Palaces, who are returning the building to its original appearance complete with 80 glowering dragons. The restored building will be open to the public from mid-2018. In much the same way Picturing Places brings into the open hundreds of items from George III’s personal collection of topographical art, with both projects offering further insights into the tastes and patronage of this fascinating and cultured monarch.