We recently acquired the captivating memoir of William Young, HM 76th Regiment of Foot.  Young wrote  ‘A Soldier’s Life &  Experience’ whilst stationed in Bangalore in 1871 ‘surrounded by lovely scenery, thousands of miles away,’ to give his relatives at home ‘some faint idea of my chequered life – its joys, its troubles and sorrows’. 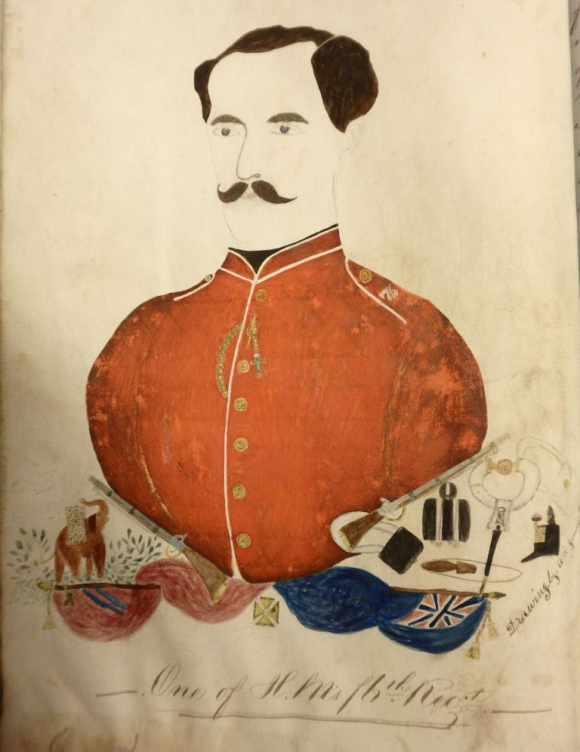 William starts with his childhood in Ireland and his unhappy relationship with his father who was ‘a very cross man’ with ‘ a rough harsh manner’.   Having decided to leave home, William ‘in mad brained folly enlisted for a Soldier’.  His ‘ever gentle and kind mother’ fretted for him. When she died soon afterwards, she was said to have called for William with her last breath. 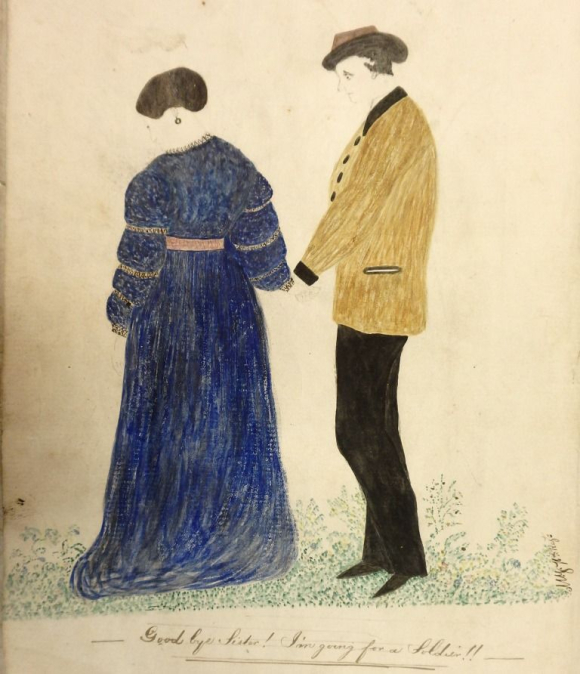 In February 1864, William’s regiment arrived in Madras  after ‘a charming voyage’.  He describes his reactions to his new surroundings – the people, their clothes and language, the blazing sun.  Barely a week after landing he was promoted to Lance Corporal at the age of only nineteen, being ‘a tall, smart, healthy looking young fellow’.

William started to court Mary, the daughter of John Nugent a retired Army Warrant Officer. As John objected to the relationship, William visited Mary at night muffled up in a large black cloak!  John eventually gave his consent to the marriage, but, as William expected, the Colonel of his regiment said that he was too young to marry and there was no vacancy for Mary to be taken on the strength as a wife.

John Nugent died on 2 November 1865 and Mary’s mother Jane agreed that the couple should marry without permission.  William and Mary had two marriage ceremonies, Protestant at St Matthias Vepery on 17 November 1865, and Catholic at Bangalore on 22 December 1865.  The couple were forced to live apart and Mary worked as a lady’s servant. They did not meet for eighteen months. After William signed on for another term of eleven years, he was given accommodation in the married quarters, with the promise of Mary being taken onto the strength as soon as a vacancy occurred.

There is a gripping description of a military march.  William marched with a pebble in his mouth to help keep away the ‘parching thirst’.  The women of the regiment rode in a cart; many were drunk.  Mary was horrified at their uncouth behaviour and was ostracised for refusing to associate with them.   When the regiment received orders to go to Rangoon, Mary fled to her sister in Trichinopoly rather than travel on with the other women. Her belongings were on board the ship and so William was obliged to sell them in Burma. The couple were later reunited in 1868 at Madras when Mary came to visit William in hospital.  Sadly, Mary died in November 1868 at the age of only 25 – ‘thank God we were permitted to meet and make up all our little misunderstandings’. 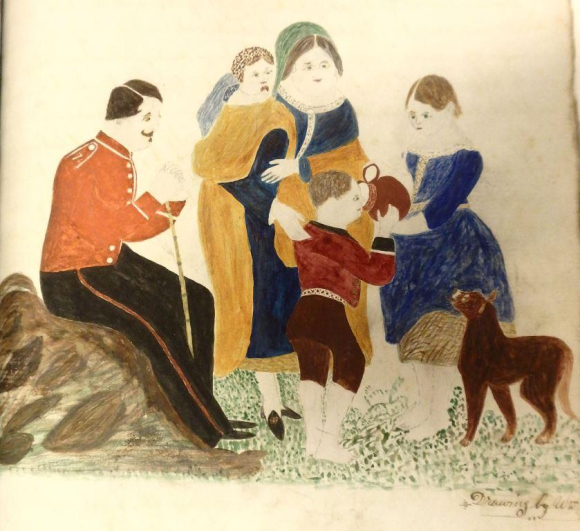 William’s memoir continues with his return to Britain on leave, his voyage back to India, and a fascinating account of the daily life of a soldier in India, including the relationship between the Army and the local peoples.