This year marks the 350th anniversary of the raid on the Medway during the Second Anglo Dutch War (1666-1667).  A Dutch squadron commanded by Lieutenant-Admiral Michiel de Ruyter made a daring raid on the English fleet, capturing a fort at Sheerness, breaking the chain boom at Gillingham, capturing the Unity and Royal Charles, and burning thirteen English ships.

A new exhibition Breaking the Chain at the Historic Dockyards Chatham provides a unique opportunity to learn about the Battle of the Medway and its aftermath through items and objects from institutions in Britain and the Netherlands, including a number of items from the British Library. 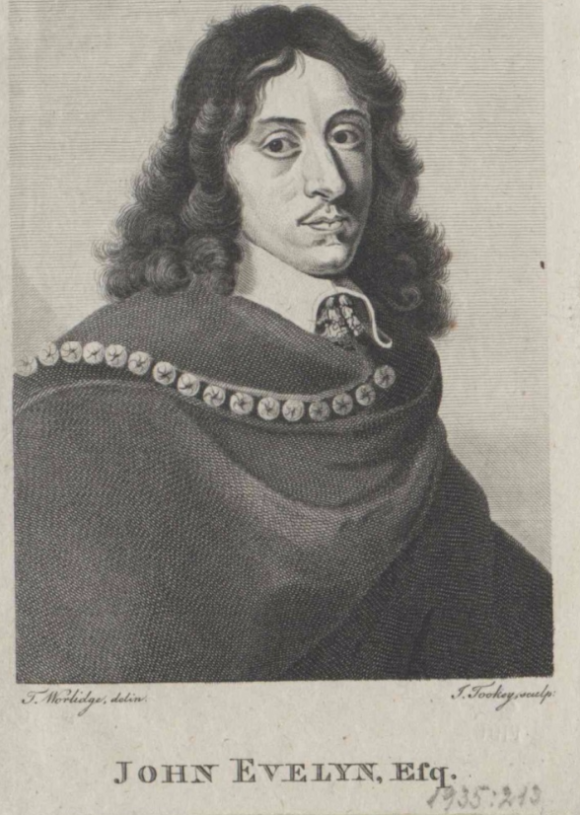 Provided by Österreichische Nationalbibliothek, via the Europeana Collections Portal

Two of these items come from the John Evelyn papers, including a translation of the account of the Battle from Nicolaas Witsen’s Aeloude en hedendaegsche Scheeps-Bouw en Bestier, and Evelyn’s diary entry describing the battle. More information on the John Evelyn archive can be found here.

The following item is also taken from the Evelyn papers, but does not appear in the exhibition. Add MS 78393 ff 16-17 is a sketch showing the ships and fortifications at Chatham. Although not drawn by Evelyn, it has been annotated in his hand ‘Descent of the Dutch when they burnt our ships at Chatham 1666 [sic]’. 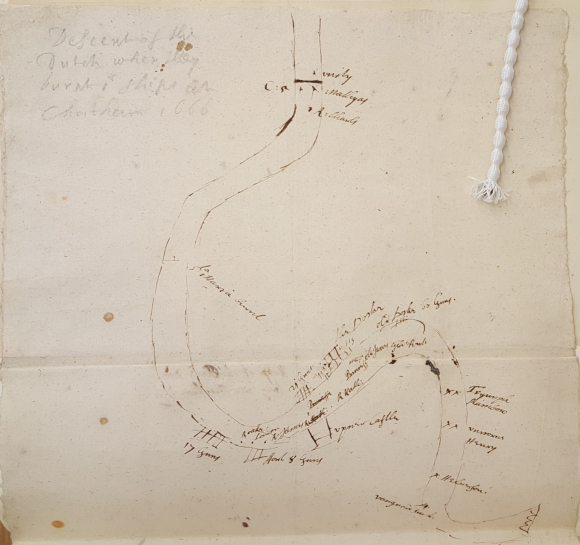 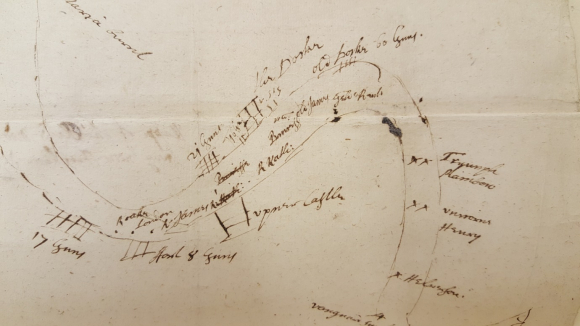 Add MS 78393, f 16 Close-up showing the fortifications along the river.

In addition to loaning physical items for exhibitions, institutions are often able to provide access to digital copies online. The Europeana Collections portal provides access to over 53 million digital objects from European heritage and cultural institutions, and includes several items relating to the Medway raid from the Rijksmuseum.

Posted by Margaret.Makepeace at 08:30:00 in Manuscripts , War