You were born when? The French Revolutionary Calendar

An accident of birth may have left one 19th-century Army cadet wishing his parents had been elsewhere when he came into the world.

In March 1821 sixteen-year-old John Thompson tendered an application to enter East India Company service as a junior Army officer. The Company did not insist that its troops had all been born and bred in the British Isles, and therefore the fact that his place of birth was Antwerp and he had been educated at Brussels were no bars to his setting out on a military career, his father William being a merchant. 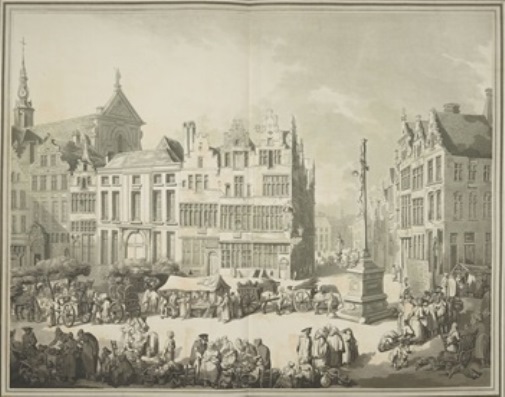 To tease out what made his application very probably unique requires a passing knowledge of Belgian history. Independent since 1830, before this date Belgium had been ruled at various times by the Dutch, the Austrians and the Spanish. Between 1795 and 1814, however, the country came under the sway of revolutionary France. This meant that French rather than Dutch became the language of the administration.  Also all official papers issued in this period were dated according to the Republican calendar devised and implemented in 1792 and imposed on those territories which came to be occupied by French armies. The calendar re-named the twelve months to reflect prevailing meteorological conditions and instituted a (later abandoned) system of three ten-day weeks, factoring in an extra day every four years. 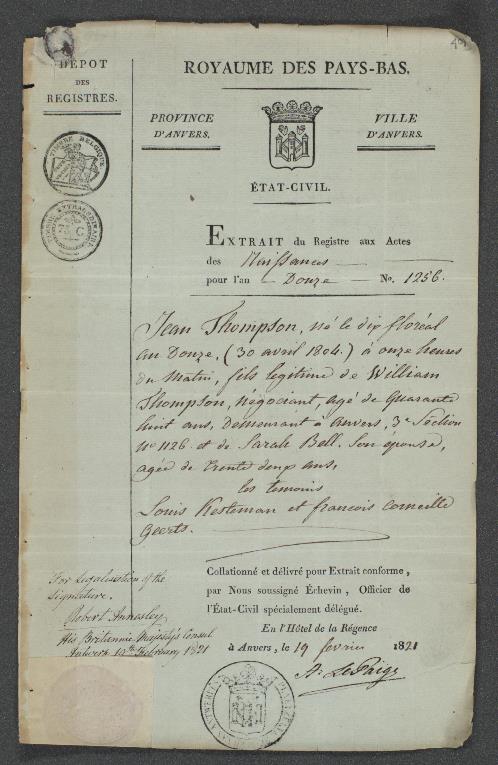 The Thompson family knew that John had been born on 30 April 1804, but unfortunately the document proving this showed his date of birth as the tenth day of Floreal, Year Twelve. The Company’s recruitment procedure required the provision of proof of age, and accordingly the document above was duly sent in to East India House. Young Thompson’s sponsors had the foresight to include an English translation of the original French document, authenticated by Robert Annesley, the British Consul; it can be seen that the Antwerp authorities had compromised by adding the familiar date in brackets, as if assuming that the new calendar would not last forever. 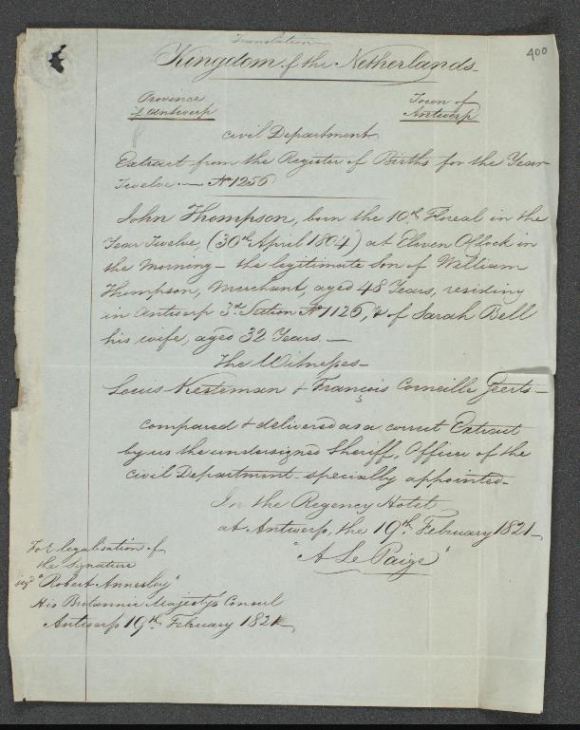 This curious faint echo of the French Revolution is found in IOR/L/MIL/9/143 ff.400-401, and the digitised image can be seen on the Findmypast website in the British India Office births & baptisms dataset. The story ends happily, in that the powers-that-be in London processed the application and passed Thompson fit to serve in the Bombay Army.

However, there was trouble ahead for John Thompson as we shall reveal in our next post!

Posted by Margaret.Makepeace at 08:30:00 in Journeys , Politics , South Asia