Battles on the Serpentine

Historical re-enactment is a centuries-old form of fun. The Romans recreated famous battles in their amphitheaters for public entertainment, and from around the 17th century military displays, mock battles and re-enactments became popular in England. As these prints from the King's Topographical Collection show, historical re-enactment was used to celebrate the Grand Jubilee on 1 August 1814, in mock naval battles which took place on Hyde Park's Serpentine River. 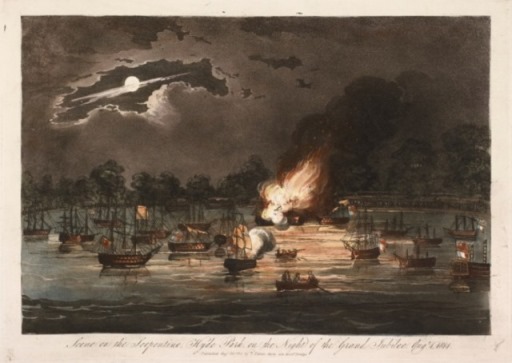 The battles were part of a series of public festivities marking peace with France and 100 years of Hanoverian rule. Sixteen years had also elapsed since the major naval Battle of the Nile (1-3 August 1798), which Nelson won for Britain against the French Republic.

A fleet of miniature ships were built at Woolwich especially for the Serpentine re-enactments. They were fitted up and rigged as men-of-war and flew French flags, Union Jacks and American banners. Britain was then still at war with America and one of the key battles for territory had taken place in the Atlantic Ocean off the Eastern Seaboard. 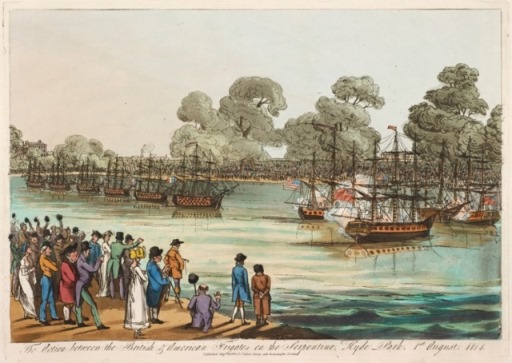 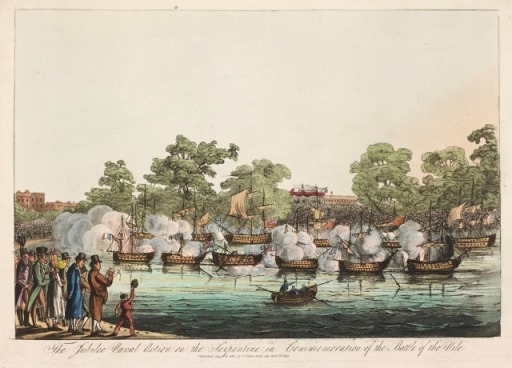 While some newspaper critics called the events ‘absurd’, most spectators revelled in watching the little ships engage in such dramatic combats. As these prints show, rockets were fired off to simulate blasting cannons and vessels were set alight to excite the crowd and rouse patriotic cheers.

Over 500 views and maps from the King’s Topographical Collection and other British Library holdings are available to view at: https://www.bl.uk/picturing-places. Keep up to date with what’s being discovered at: https://twitter.com/bl_prints