Daydreaming in the service of the East India Company

The British Library holds an interesting maritime journal showing the daydreams of one young man.  The journal records the voyage of the East India Company ship Ceres from Madras to China and then to England in 1797 to 1798.  Interspersed with entries recording latitude, longitude, weather conditions, deaths and punishments on board copied from the official journal of the ship is a collection of doodles and jotted thoughts. 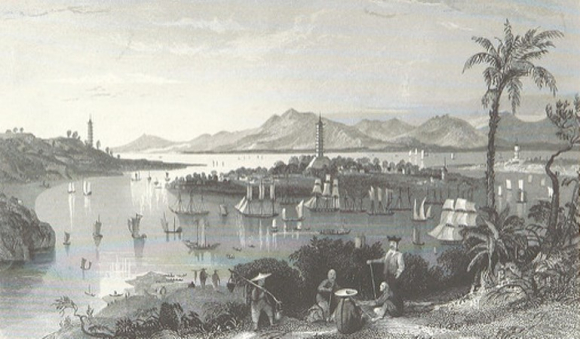 The author of the journal was seaman William Davenport Crawley who joined the Ceres in Madras aged about 20. His identity is revealed by many examples of his signature as he practised writing it in the journal.  Crawley belonged to an Irish family from Castleconnell in County Limerick.  There is a letter inserted in the volume addressed to Thomas Crawley at Castleconnell, and a note that Thomas was an officer in HM 32nd Regiment of Foot.

Crawley writes out the names and addresses of female relatives, for instance, Miss Mary Crawley, 38 Southampton Street, Strand, London.  He jots down a message to Mary: ‘Miss Mary Crawley, you are a very bad girl for not writing’.  Another doodle reads: ‘Sally Davis, WDC loves you’.  William also fantasises about becoming a captain. He tries signing ‘Captain Crawley’ several times.

The reality of life on board ship was that periods of boredom could be punctuated by distressing events. One entry remarks:
‘At 7 am Departed this Life Thos. Spinks, Seaman. At Noon Committed the Body to the Deep’.

Another entry records the meeting of the Ceres with an American ship in September 1797. The Ceres was told that that ‘the Americans were at war with France’ and that Admiral Nelson had engaged the French fleet. This may refer to the blockade of Cadiz against the Spanish fleet, rather than the French.

On 30 September 1797, Crawley records that a ship from Cork has appeared bringing news of ‘Adml. Nelson being killed and his Ship Sunk’. This was not true, although Nelson had been wounded in July 1797 and one arm was amputated. The crew of the Ceres would have been unable to verify that Nelson had survived until they reached port. Bad news, and worries about dangers at sea, could prey upon the mind. It is perhaps unsurprising that William Crawley occasionally mused upon mortality. He wrote out the following motto twice:
‘All human things are subject to decay and Death the broom that sweeps us all away’. 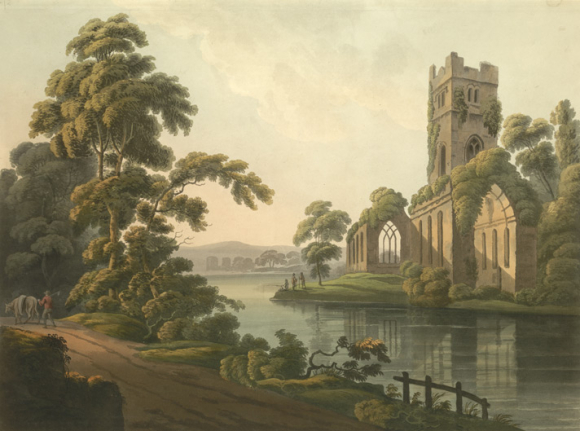 We have been trying to discover more about William Davenport Crawley.  It appears that he returned to Ireland to live as a member of the local gentry at White Hill Castleconnell and had children.  He died aged 73 on 11 July 1850 at the home of his daughter Mrs Elizabeth Kelly in the town of Limerick ‘to the deep regret of his family and friends’.  Elizabeth’s son William Pierce Kelly followed his grandfather’s example and journeyed to India, joining the Madras Medical Service in 1857.  William Pierce Kelly’s son, born in Rangoon in 1877, was named William Davenport Crawley Kelly.

Can any of our readers help us fill in the gaps before William joined the Ceres in India and tell us more about his later life?