Lord Derby's letters and the two general elections of 1910

If you’ve been suffering from political fatigue recently, imagine how you would have felt in 1910 when there were two general elections in one year. Not only were there two elections, in January and December, but each election lasted for weeks. The Prime Minister H. H. Asquith called the first election in order to gain a mandate for the People’s Budget, which had been rejected by the House of Lords. The result was a hung parliament and the Liberal Party continued to govern with support from the Irish Parliamentary Party until a second election was held in December.

One woman who avidly followed political developments in 1910 was Lady Wolverton, née Edith Amelia Ward (1872–1956). Lady Wolverton was addicted to politics and political gossip. Letters recently acquired by the British Library show that she received political news in abundance from her friend the Conservative politician Edward Stanley, the 17th Earl of Derby (1865–1948). Derby sought her advice and opinions about political matters and wrote to her on 25 November 1910 saying that, "I shall never forget that it was you who made me keen again about politics" (Add MS 89228/9). 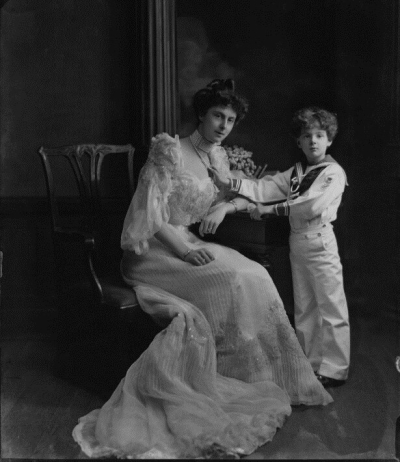 I am currently cataloguing around 600 letters from the Earl of Derby to Lady Wolverton, dating from 1907 to 1942. Randolph S. Churchill did not have access to these letters when he wrote his 1959 biography of Lord Derby, and the nature of this epistolary friendship has not been fully appreciated before. 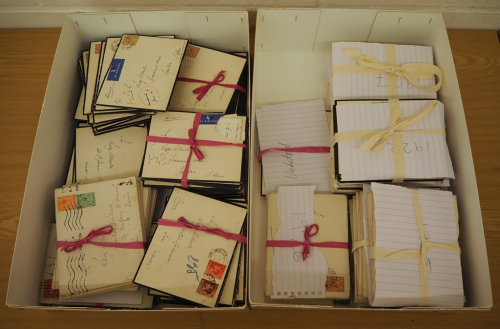 Some of the letters from Edward Stanley, 17th Earl of Derby to Lady Edith Wolverton, Add MS 89228

The letters of 1910 shed some light on the Conservative Party campaign and the Earl of Derby’s own role in both elections. Derby had lost his seat in the House of Commons in the general election of 1906 when the Liberal Party won a landslide victory, but he took his seat in the Lords in 1908 after he inherited the earldom. Although Lord Derby did not stand for election in 1910, he was heavily involved in the campaign, by suggesting, meeting and supporting Conservative Party candidates in Manchester and the north-west of England.

On 16 January 1910 he wrote to express his frustration about Labour Party gains in the north of England:

Well what do you think of the first day. Personally I am disappointed and depressed. Although as far as I can make out we have won 14 seats on the balance. There are one or two disquieting symptoms.

[…] when you come to the great industrial belt right across Lancashire, Yorkshire, Northumberland and Durham, there can be no doubt we are in a hopeless minority, & the reason is that the whole of that district is getting more & more socialistic every day. Manchester I was prepared to see go badly, but not so Salford. (Add MS 89228/6) 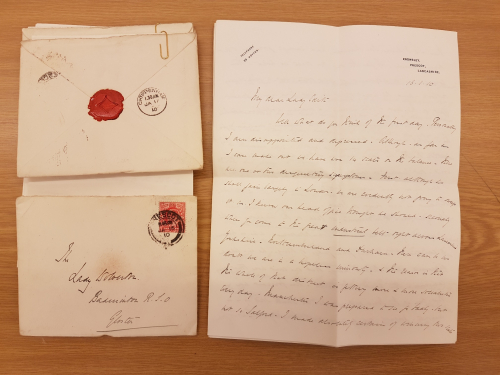 On 4 August he begs Lady Wolverton:

Please keep this quite secret. Bonar Law has practically offered to give up his seat at Dulwich & fight a Manchester seat. It is very good of him as it means giving up a very safe seat for a doubtful one, though personally I think he is sure to win, and not only his own seat, but his influence, and his extraordinary good speeches will do much to win seats round. (Add MS 89228/8)

Andrew Bonar Law lost in Manchester North West in December 1910, but he returned to Parliament in March 1911 after being elected to the safe Conservative seat of Bootle in a by-election. The general election of December 1910 was the last to take place over several days and the last to be held before the Representation of the People Act 1918 gave suffrage to women over 30.

Posted by Catherine Angerson at 08:30:00 in Manuscripts , Modern history , Politics