Tucked away in the manuscript collections of the British Library is a Report on the Cuban Slave Trade written in 1787 by Philip Allwood, a British merchant. This document looks at the possibilities for trading slaves in Cuba, a new market then seen as having great potential as British Abolition loomed on the horizon. 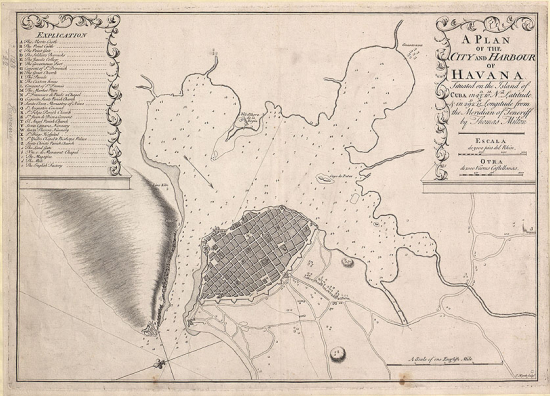 Plan of city and harbour of Havana 1739

Philip Allwood started his mercantile career with the Boston merchants Fitch, Poole & Co of Boston and Jamaica, a firm engaged in general provisioning and the inter-island colonial slave trade. He moved to Jamaica where he became a partner with Henry Ludlow in Ludlow & Allwood. They were 'prize agents' and therefore had much to do with shipping, some of it engaged in the contraband trade to Spanish America and other parts of the West Indies. Allwood was closely linked to Eliphalet Fitch who was a major figure in Jamaica and associate of the slave factor and plantation owner Thomas Hibbert. 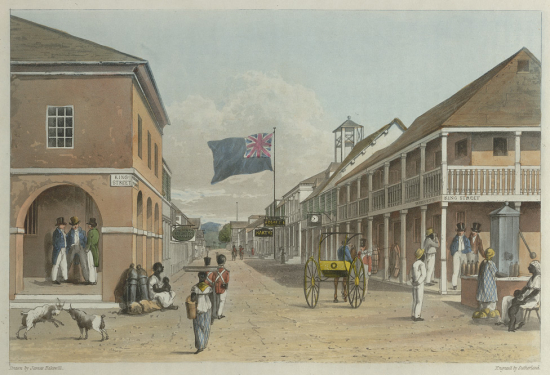 Kingston: Harbour Street and King's Street – from James Hakewill's A Picturesque Tour in the Island of Jamaica (1825)

Allwood's connections with Spanish America would no doubt have included some involvement in the Jamaica/Mexico/Cadiz bullion trade possibly through Fitch and the Gordons who shipped specie from the island of Jamaica under contract with the London merchant bankers, Barings and Hope & Co of Amsterdam. Gordon & Murphy of Jamaica were major players in the mercantile world and much has been written about them. But it was Allwood's partnership with Baker & Dawson, major Liverpool slave traders who won the contract to supply Cuba with slaves, which should interest historians wanting to explore these networks more closely.