Travelling through Europe: the journals of Mary Cecilia Blencowe

Mary Cecilia Blencowe was born in 1852 in relatively unremarkable circumstances. She never married and has no descendants, but luckily for us Mary Cecilia Blencowe left behind something even better– her diaries. Mary was an avid traveller, and detailed two voyages across Europe in 1871 and 1872 in journals which I am currently cataloguing.

Her first voyage began in March 1871. Mary travelled to Europe during the tail end of the Franco-Prussian war, which had seen France suffer a humiliating defeat to a nascent Germany. She was in no doubt about her allegiance, regularly expressing her sadness for ‘Poor France’ and insulting their ‘merciless foes’. Her assessment of the war is uncannily prophetic, writing in 1871 that ‘France has fought and been conquered…only for a moment and – we shall see’, presaging the hostilities that would erupt in World War One 53 years later. 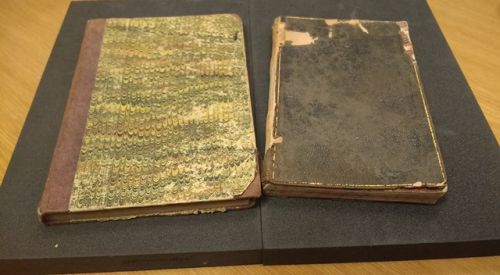 Her travels took her to Verona (‘the house where the parents of Juliet lived…is now a tavern, and looks neglected and dingy’), Venice (‘embarking in a gondola…[is] much pleasanter than rattling through the streets in a noisy omnibus!’), Genoa (‘if our boat had only not been quite as unwieldy, we should certainly have fancied ourselves in fairy land’) and Stresa (‘how doubly beautiful it seemed to us, after having been so long in towns in the busiest haunts of men who don’t always improve things’), before arriving in Switzerland to stay in Lausanne. Her entries give a fascinating snapshot of Europe immediately after the Franco-Prussian war, as well as providing details of a Victorian woman’s holiday activities. 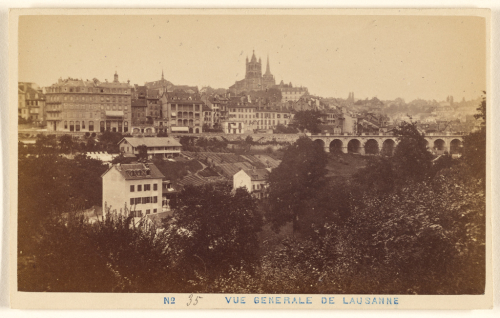 Mary’s diaries reveal a surprisingly modern sense of humour, rather than the dry and moralistic attitude culturally associated with the Victorians. In Venice she enjoyed the eternal pastime of people-watching from the campanile, ’watch[ing] the small people and still smaller pigeons in the piazza below’. She also went to art galleries, although she didn’t always appreciate the exhibits, describing one as ‘an ancient picture of an ancient prince, with his favourite cat who is so hideous I think it is a good thing the days of her life are over’. 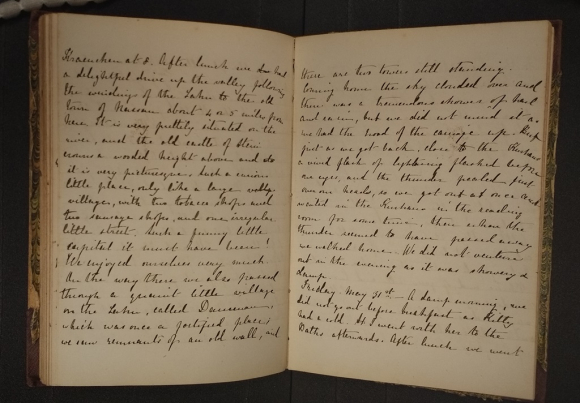 This adventure ended in July 1871, when she returned to London. In 1872 she travelled to Germany and Switzerland and began writing again. The highlight of this trip was her encounter with ‘a very curious specimen of the human race, a very little weird old man…[who] looked like some creature of another world, but what sort of world I cannot say.’ It wasn’t just her who was scared as ‘he glared at children…until they ran away frightened’. Underneath her description Mary drew a tiny sketch of the man – a Victorian child catcher. 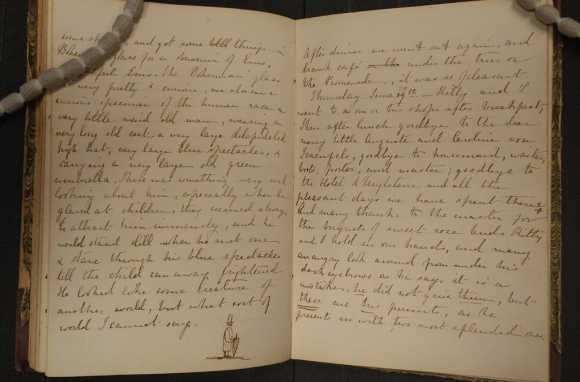 Her adventures end in August 1872 when she regretfully returned to England in a carriage, comforted by the presence of ‘such a nice Prussian. So handsome and so manly’. Holiday romance, Victorian style.