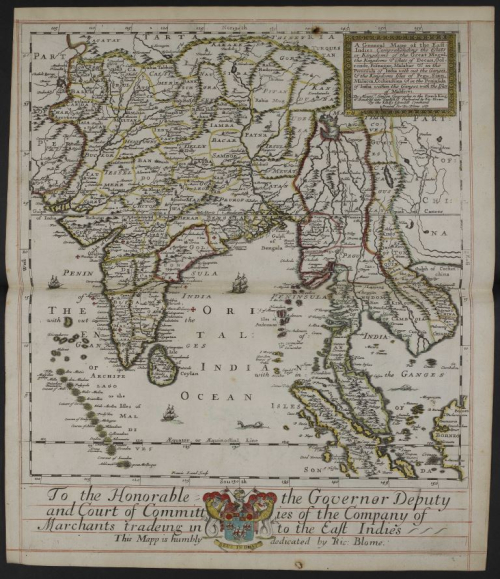 One of the first items on show in the exhibition is an atlas compiled by Richard Blome, A Geographical Description of the Four Parts of the World, published in London in 1670. Born around 1635, Blome was one of the most active publishers of the 1670s. His atlas is full of information that merchants needed to conduct business overseas, with sections on each part of the world. The section on ‘India or the East Indies’ gives details of goods available at important trading centres such as Surat, the East India Company’s first base in India. Other information vital to traders is explained, for instance on coins, weights and measures.  The atlas was financed by subscription. A subscriber paid a proportion of the fee in advance, and the balance on delivery of the volume. In return, the subscriber’s coat of arms would be engraved on a map of their choice. In the Connecting Stories exhibition, the atlas is displayed open at a map of the East Indies, which has a dedication to the East India Company and its coat of arms. 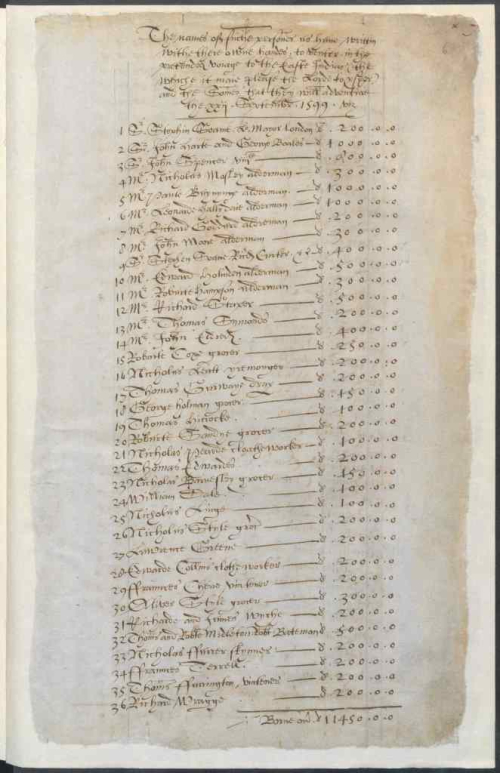 IOR/B/1 f.6 List of the first subscribers to the Company, September 1599

Displayed next to Blome’s atlas is the earliest minute book of the East India Company showing a list of the first investors, who hoped to make their fortunes by trading in luxury goods from the East Indies. 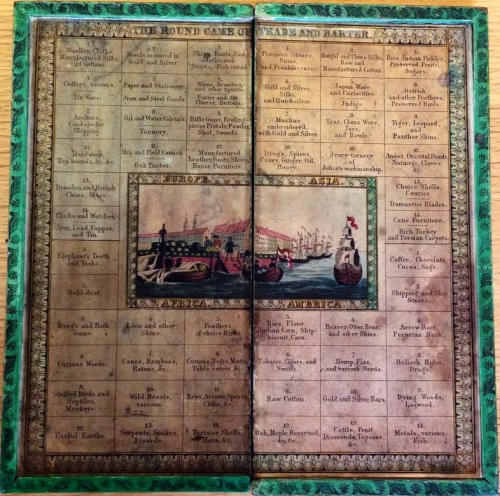 One striking exhibition item on the subject of trade is a board game from the Library of Birmingham Parker Collection. Mr and Mrs J F Parker were collectors of items of social history, including books, old tools and games. They collected over 100 children’s games, many of which were Victorian and educational in nature. The Round Game of Trade and Barter allows players to take the role of merchants trading in goods from around the world, including goods from South Asia such as Bengal silks, raw and manufactured cotton, rice and Indian pickles. 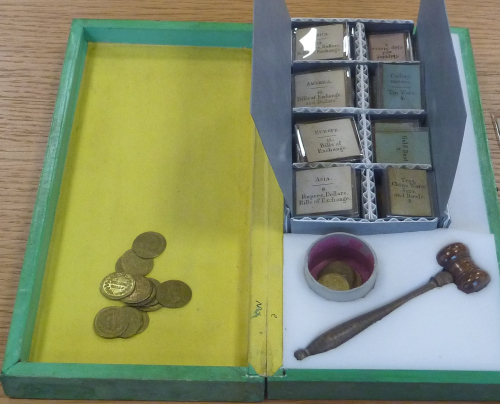