Angus Wilson - ‘the most unconventional librarian’

In the entrance of the Humanities reading room at the British Library hangs a painting of a man. It’s easy to overlook this somewhat shady portrait rendered in oil paint of autumnal tones. Wilson was born in 1913 in Sussex, the youngest of six boys. He and one of his brothers dyed their hair and wore makeup and red nail varnish in public. Angus became renowned for his flamboyant dress and he developed a love of acting, performing in a school production of The Importance of Being Ernest attended by none other than Lord Alfred Douglas.

Oxford University widened Wilson’s social circle and sharpened his political thinking. He then joined the British Museum library as an assistant cataloguer. During the 1930s Wilson became an established bohemian figure within London’s left underground, attending anti-war demonstrations and socialist league activities.  After the outbreak of World War II, he was called up to work at Bletchley Park. His time there was not happy and he resisted rules and started to rebel. He eventually had a breakdown causing him to seek psychotherapy where he was advised to try writing.

After the War, he returned to the Museum where he was in charge of replacing the 300,000 books that had been destroyed. Other duties included reader enquiries: old ladies trying to track down nursery rhythms from their youth, or people claiming law suits. One female reader fell in love with him and was banned from the reading room.

In her biography of Wilson, Margaret Drabble describes how he sat ‘conspicuously on a raised dais in the centre of the Reading Room beneath Panizzi's beautiful dome, a colourful bird in a vast circular cage, bow-tied, blue-rinsed, chattering loudly to readers and staff and friends on the telephone’.  Wilson’s description of the library is less glamorous: ‘Dickensian’, ‘mummified’ and ‘a sad fog of Victorianism’ where staff wore sober suits and bow ties, although the then keeper of books was the last member of staff to don a top hat in the reading room.

In the mid-1950s Wilson left the Museum to pursue his writing. Homosexuality was still illegal, yet he wrote freely and authentically about the world in which he moved, questioning public and private morality and introducing new social characters. Some public libraries refused to stock his novels on the grounds of them being morally objectionable. 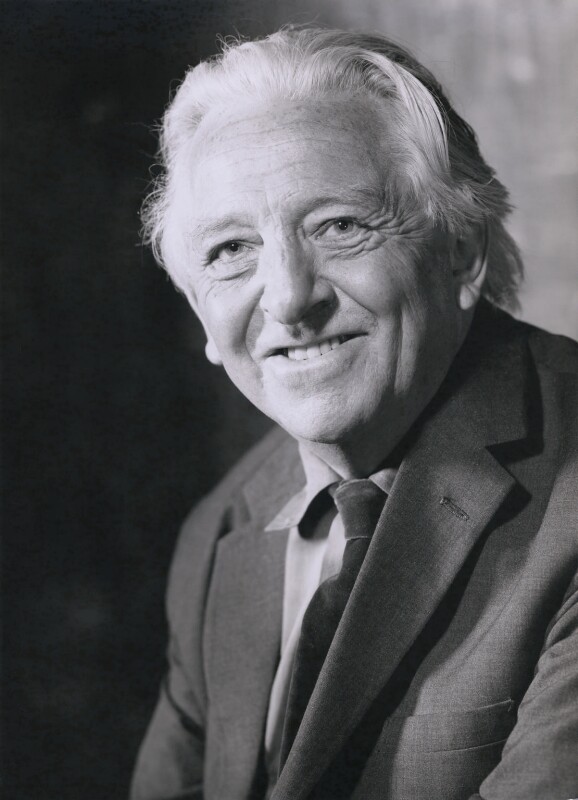 Wilson enjoyed safe domesticity with his life companion Tony Garrett, a colleague he met at the museum, always insisting that Tony was acknowledged as his partner.  He was a republican who accepted a knighthood. An advocate and voter for a classless society, yet he moved in exclusive circles.

Angus Wilson died in 1991. His portrait by Barbara Robinson was donated to the British Library by Tony Garrett.  It greets readers as they enter the reading room where LGBT books can now be freely browsed. Flamboyant dress and a blue rinse would no longer cause eyebrows to be raised, although a top hat might!