Louisa Edmeads was the wife of a curate at Over, Cheshire. We’ve recently catalogued a collection of her letters to her brother William in London, chiefly 1819 to 1829, dealing with domestic matters – health, clothing, family, neighbourhood gossip, work, and, above all, money. Money for goods from London, for cloth to make William shirts, for postage and transport by canal, for lodgings. This in itself provides a fascinating glimpse into the affairs of an early 19th-century family in straitened circumstances. 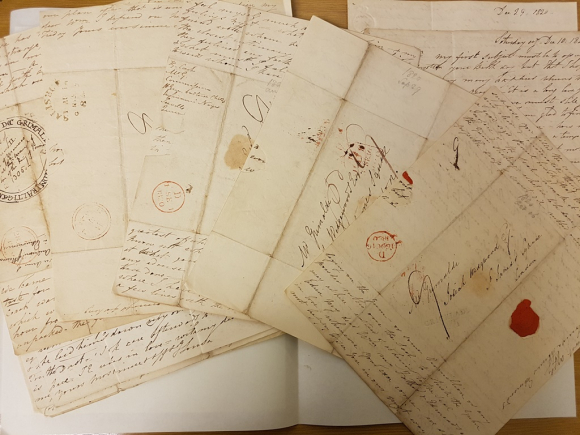 The family was, however, an unusual one. Louisa was the daughter of William Grimaldi (1751-1830), descendant of Alessandro Maria Grimaldi, head of the Genoese Grimaldi family, who left Italy for England in 1684. William senior was a renowned miniaturist whose customers included members of the aristocracy, but his finances were a continuing cause for concern to his children. Louisa was particularly anxious for him to leave his unsatisfactory lodgings and set up home with William, or their younger brother, Stacey Grimaldi (a successful barrister): 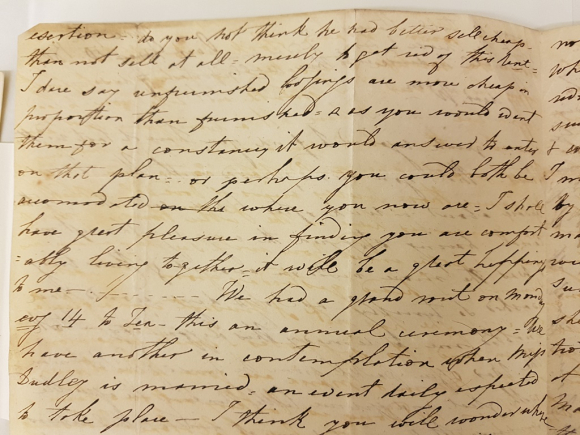 'Merely to get rid of this rent' (Letter from Louisa Edmeads to William Grimaldi, 9 June 1819)

There were other problems. William senior’s enthusiastic 'Methodising' and going out every evening caused friction with Stacey, but there was no hope of inducing him to change his habits. As Louisa writes: 'The arrangements between these two personages keep my mind in a constant state of anxiety & suspense, both by night & by day' (28 June 1819).

At one point Louisa even suggests a stealthy departure from his lodgings: 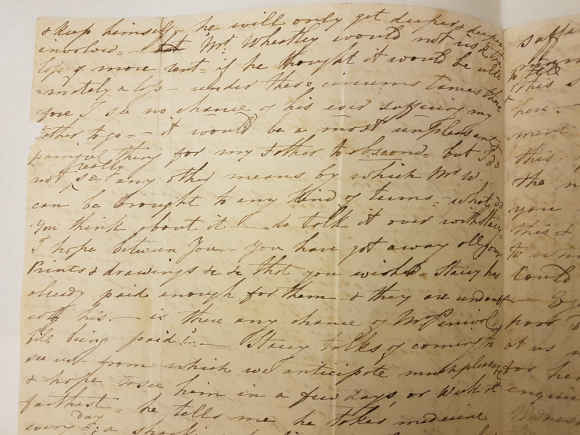 ‘It would be a most unpleasant & painful thing for my Father to abscond but I do not really see any other means by which Mr W. can be brought to any kind of terms' (Letter from Louisa Edmeads to William Grimaldi, 17 August 1819)

There is affectionate exasperation over their father’s ways: 'As long as I can remember he has found occupation in arranging his Enamel Colors - & I doubt if he would ever complete that job if he had 50 years to do it in' (10 August 1822).

Despite tensions, the family worked together to try to solve problems. Louisa constantly urges William to find a better situation  than the one he held with Josiah Wedgwood, at St James’s Square, and issues frequent invitations to Over, and Cricklade, Wiltshire, their home from 1821. Though she writes only disparagingly of her own artistic efforts (she was herself a miniaturist of some ability), there is often a practical side to the letters. She asks William to admire her visiting card box and get his 'varnish person' to finish it; she draws a plan of her new house at Cricklade ('We hope to get in by Sept. – but workmen are great plagues' (9 June 1829)); and she describes in great detail the fabric, cut and style of the shirts she sews for him.

Tantalisingly, there are no letters at all from 1821, perhaps because of some disagreement with Stacey Grimaldi, into whose hands the letters later passed. In that year he published The Toilet, a significant early example of movable book publishing. Designed by William Grimaldi senior, each illustration showed an article from a lady’s dressing table or toilette (apparently sketched from Louisa’s dressing table), in the form of a flap, which the reader could lift to reveal a specific virtue. Despite the correspondence gap, earlier and later letters show that Louisa took a keen interest in The Toilet, which was a great success, even selling copies to local acquaintances. 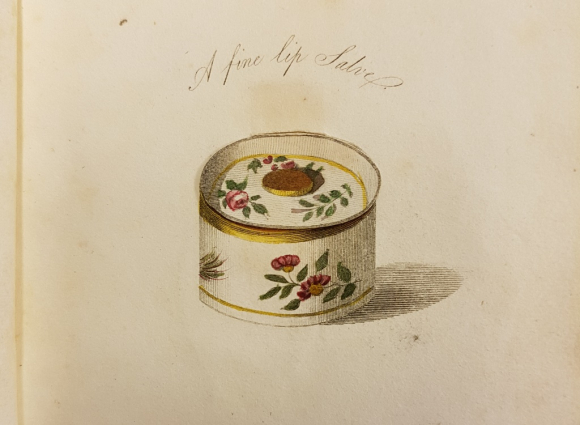 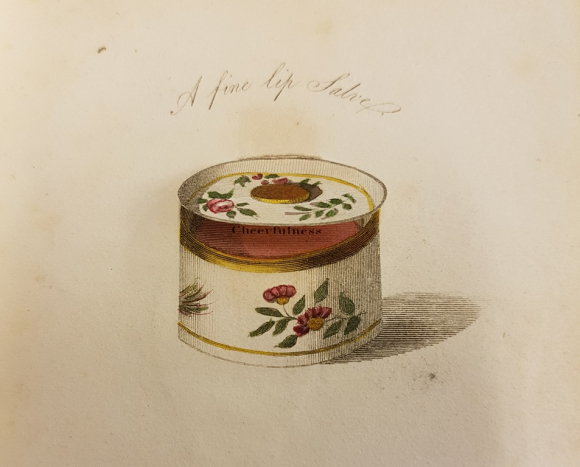 Other highlights include a trip down the salt-mine in Winsford, treatment of her brother-in-law for lunacy, and the protracted process of finding a new curacy ('I write this from Salisbury – which is already swarming with clergymen on the watch for all the crumbs from the Bishop’s table … Edmeads is out for a long morning’s fishing' (30 July 1820)). The letters are a useful new source for local and social historians, and for anyone interested in the untold lives of women of the early 19th century.

The Grimaldi family letters (Add MS 89258) are available to consult in the Manuscripts Reading Room.

Posted by Catherine Angerson at 9:03 AM