This 130 year old paper bag reveals that Indian sweetmeats were being sold in London in the late 19th century, much earlier than most people would expect. This lovely piece of ephemera is one of my favourite items in Connecting Stories: Our British Asian Heritage, an exhibition at the Library of Birmingham until 04 November. It is one of many items in the exhibition that illuminate the forgotten story of early South Asian influences on British life and culture. 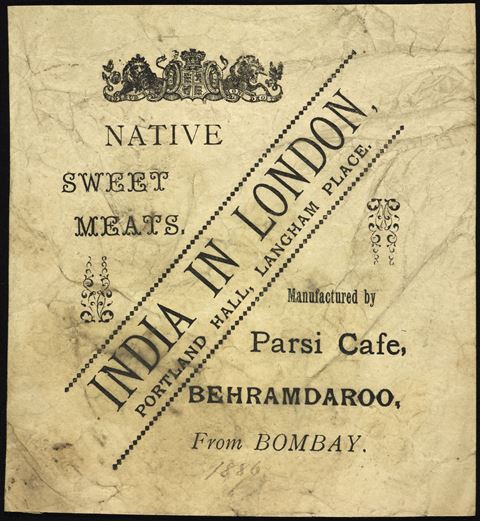 The paper bag is at the British Library thanks to the enthusiasms of Henry Evans, a conjuror and ventriloquist, who performed under the stage name ‘Evanion’. He collected this bag as well as posters, advertisements, trade cards and catalogues which give lively insights into popular entertainment and everyday life in the late 19th century. Connecting Stories also features this beautiful poster which gives more details of the Indian themed entertainments on offer at Langham Place – snake charmers, wrestlers and dancers known as nautch girls. 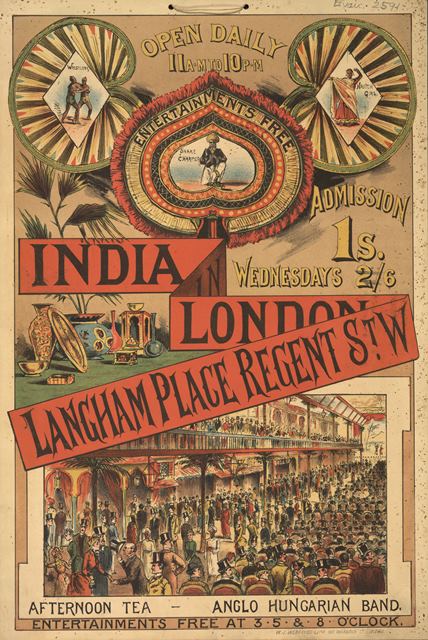 A review in The Era newspaper for 16 January 1886 tells us that this ‘exhibition of Indian arts, industries and amusements’ was held under the auspices of Lord Harris, Under Secretary of State for India. The entertainments included a pageant representing the durbar or levée of an Indian potentate. The reviewer was most derogatory about this, complaining bitterly that he could not understand it because it was conducted in Indian languages. He was also unimpressed by the music, declaring that a performer on a tom-tom ‘rapped away like an undertaker on a coffin’! He was much more enthusiastic about a silent comedy sketch and the arts and crafts on display. The reviewer instructs his readers that ‘visitors to India in London should not leave without tasting the quaint Indian sweetmeats made at a stall in the gallery’ which may have been the treats destined for the paper bag at the British Library.

Despite being held under the auspices of the Under Secretary of State for India, all was not well with the organisation of the entertainments at Langham Place. The St. James’s Gazette for 19 February 1886 discloses that Mr W S Rogers of the India in London exhibition was charged with ‘having kept open that building as a place of public resort without first having complied with the requirements of the Metropolitan Board of Works’. Furthermore, it was ‘unfitted for the reception of the public with due regard to their safety from fire, and that the real and only remedy was to pull down the building and erect a new one.’ He was fined £50. Concerns for health and safety evidently came to London earlier than one might have imagined, as well as Indian sweetmeats. 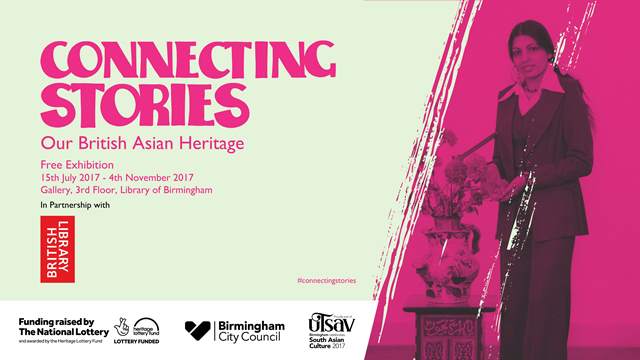 Exhibition details are on the Library of Birmingham website