The Ghost of William Terriss

Wander the streets of London around Halloween and there’s a good chance that you’ll bump into a number of ghost walks, undertaken in varying degrees of seriousness. Covent Garden station is often included in these walks, as it is said to play host to the spirit of William Charles James Lewin, better known by his stage name William Terriss.

One of the most popular actors of his day, Terriss was murdered outside the Adelphi Theatre in 1897 by the actor Richard Archer Prince. Prince was sentenced to time in Broadmoor (where he died in 1937), while Terris was mourned by his public, with an estimated 50,000 people lining the route of the funeral procession. 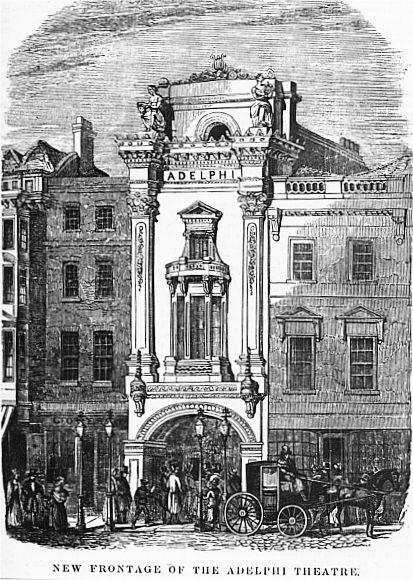 There have been numerous reported appearances by Terriss’s ghost: in 1928 the actor June Howard Tripp, starring in the musical Clowns in Clover, reported that the couch in her dressing room vibrated, and that she felt a ghostly grip on her arm. Theatregoers that night also spoke of a green light manifesting on stage (Rowell, 1987).

A search of the archives of the Ghost Club (Add MS 52258-52273) reveals earlier references to Terriss’s spirit. The Ghost Club (1882-1936) was founded at 5.55pm on 1 November 1882 by Alfred Alaric Watts and William Staunton Moses. A brief history of the Club written by Alfred J Nicholl (Add MS 52273) notes that it was founded “expressly so that persons who might object to any general publication of their experiences might be encouraged to relate them… in strictest confidence”. Members dined together, usually on the first Wednesday of each month. The club was eventually wound up in 1936 due to low meeting attendance. 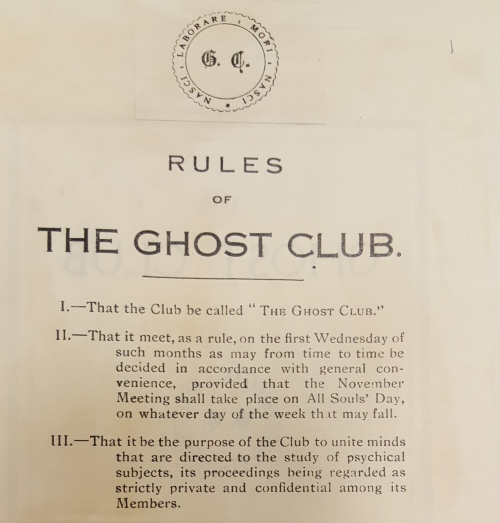 Add MS 52272, containing supporting material referred to in the minutes of the Club, has a number of papers regarding visitations made by the spirit of Terriss to Ghost Club member Leonard Francis. Excerpts from Francis’ diary – written up in the distinctive hand of ‘Ghost’ Iltyd B Nicholl, with his annotations – describe apparitions occurring on 30 December 1926 and on 27 January 1927. In his first apparition the ghost delivered a terse message – “I AM WIILIAM LEWIN. I WAS STABBED AT THE ADELPHI THEATRE I CANNOT REST”. 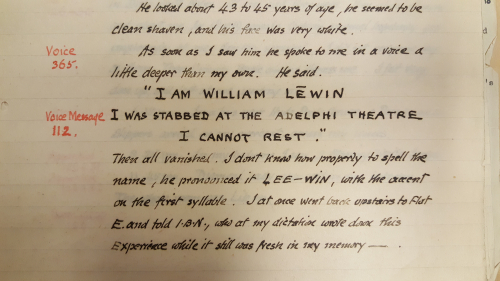 Annotated excerpt from the diary of Leonard Francis, Add MS 52272

Brothers Nicholl and Francis reported the apparition at the 400th meeting on 5 January 1927, and Brother R H Saunders agreed to investigate further. Notes in the file dated 8 and 11 January describe visits made by Saunders to a medium, in order to consult with the spirit world about the apparition. Saunders had several questions for “the manifesting spirit”, asking whether murder victims felt distress in the life beyond, and whether this would account for the appearance of Lewin’s spirit. On the second visit the spirit reportedly confirmed to Saunders that the Lewin who appeared had been known as Terriss, and had been murdered outside the Adelphi. 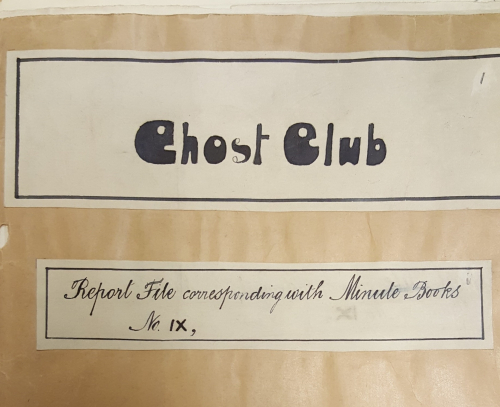 According to his diary excerpts Francis subsequently made a trip to Westminster Cathedral to pray for Lewin on January 26, and the following day was visited by the spirit, who “faintly smiled and vanished at once.” I have not been able to find any further references to Lewin (or Terriss) in the subsequent volumes.

The Ghost Club archive is available for consultation in the Manuscripts Reading Room, and will be of interest to anyone studying the spiritualist movement, religious feeling and the history of science in the late 19th and early 20th centuries.