A paper maker makes the papers: the shocking death of William Moinier Leschallas

Here in the British Library's Reference Team we often receive enquiries that spark our curiosity, tempting us to dig a little deeper. Following a recent request for help in establishing the identity of a paper manufacturer, I was surprised to find myself drawn into a Victorian mental health crisis, one which lead to a tragic death.

Tasked with establishing who watermarked their paper with the word ‘Moinier’ followed by the date, I began browsing newspaper reports on British Newspaper Archive. A search for ‘Moinier’ and ‘paper’ quickly revealed the full name of our man – William Lewis Moinier Leschallas. He was a wholesale stationer, rag merchant and manufacturer of a unique type of paper based in Chatham. His business ventures did not receive widespread media attention, but there was plenty of coverage in the circumstances of his demise.

William ended his own life in 1852. His brother John Leschallas reported that William was 57 years old (although another report suggests he was 75, an early typo perhaps). This meant that he would have started seeing societal changes in approaches to mental health. At a local level, the 1808 County Asylums Act encouraged the building of county lunatic asylums. However, poor ‘lunatics’ often found themselves sent to workhouses, houses of correction or prisons, until asylum building became compulsory in 1845. These were intended to cure patients, where possible, with the introduction of new therapeutic regimes. A substantial number of patients were discharged from institutions within twelve months of admission. 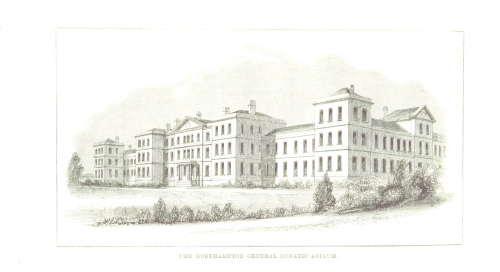 Sadly for William, he did not receive the support that he needed. A servant found his body seated upright between two piles of papers in his warehouse. A discharged pistol clasped in his right hand caused the bullet wound in his right temple. Many of the reports go into startling graphic detail about the servant’s gruesome discovery. The inquest into William’s suicide provides us with some understanding of what he was going through.

Witnesses alluded to William’s struggles with deteriorating mental health. His brother John told the Coroner that William had been suffering from deteriorating mental health for over a year. Problems were thought to have started shortly after a mill forming a significant part of his business was destroyed by a fire. This caused William believed that his business had fallen into financial difficulty. Prior to this, a report from 1836 suggested that William had encountered financial hardships before, when a partnership was dissolved because of growing debts.

Scrutiny of accounts suggested that business had recovered, contrary to William’s beliefs, and was actually doing rather well. He thought that the company’s healthy accounts had been fabricated in order to mislead him. In a letter read out at the inquiry William mentioned that he thought he was being watched, and had attempted suicide on a previous occasion. This led to many newspapers declaring that William suffered from ‘delusions’ and ‘insanity’.

After all the evidence was heard at the inquest, the jury returned a verdict of ‘temporary insanity’.