The Anglo-Irish physician Sir Hans Sloane (1660-1753) rose in his profession to serve the royal family and became both President of the Royal Society and President of the Royal College of Physicians. Yet, most notably, Sloane was a collector of books, manuscripts and specimens ranging from medicine and natural history to religious tracts and beyond. This immense collection formed the foundation of the British Museum, from which the British Library and the Natural History Museum were later born. An illustrious man of science notwithstanding, these three institutions of knowledge and learning are his greatest legacy.

Sloane’s collection is vast. It contains at least 45,000 printed items, which the British Library’s Sloane Printed Books Catalogue has been meticulously cataloguing in a dedicated online open access database. The physician did not limit his remit to his field, but stretched well beyond it, reflecting the breadth of his interests. Sloane was a keen traveller – albeit largely of the armchair variety.

Having spent a formative educational period in France which also served to polish his command of the language, in 1687 Sloane secured the lucrative opportunity to serve as the personal physician to the newly appointed governor of Jamaica, the 2nd Duke of Albemarle. The two years spent in Jamaica, along with the period spent in France, were the extent of the Sloane’s travels abroad. Yet these limited experiences would nonetheless spark an insatiable interest in travel and the wider world that was expressed in his vast collection. Some Observations made upon the Molucco Nutts, imported from the Indies, 546.g.18.(1.)

In both diversity of language and topic, Sloane’s Printed Books Collection is a treasure trove of literature on the far reaches of the world. They include medical literature on herbs from distant lands, including a work on ‘Molucco Nuts’ [546.g.18.(1.)] from the East Indies ‘shewing their admirable virtues in curing the Collick‘ and a work on ‘Brazilian Root’ [778.e.41.(12.)] from South America that possesses ‘wonderful virtue against vomiting and loosness’. 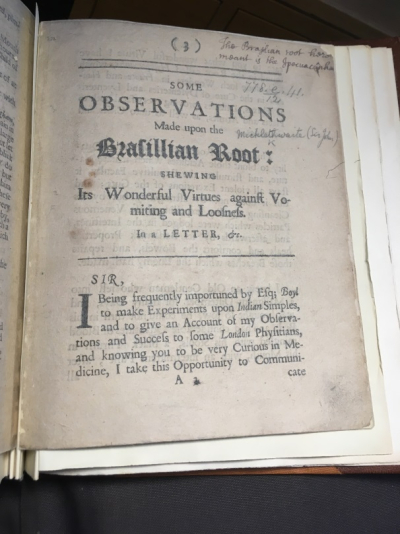 Some Observations made upon the Brasillian Root, called Ipepocoanha: imported from the Indies, 778.e.41.(12.) 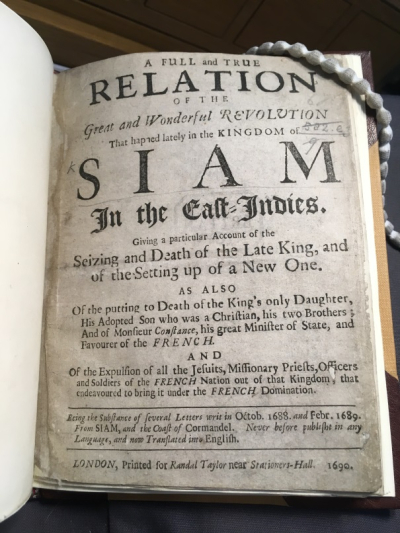 A Full and True Relation of the great and wonderful Revolution that hapned lately in the Kingdom of Siam, in the East-Indies, 582.e.39.

But such medically related works in his travel collection are in fact sparse in comparison to material on trade and beyond. Sloane’s collection contains numerous works on the East India Company and its forays, including a swashbuckling narrative detailing ‘A Full and True Relation of the great and wonderful Revolution that hapned lately in the Kingdom of Siam, in the East-Indies ... And of the expulsion of the Jesuits ... and Soldiers of the French Nation out of that Kingdom’ [582.e.39.]. A curiosity about religions abroad also emerges from Sloane’s catalogue, with a work on religious sects of India described as ‘A Display of two forraigne sects in the East Indies, vizt: the sect of the Banians, the ancient natives of India and the sect of the Persees the ancient inhabitants of Persia’ [696.c.11.(1.)] as well as a work on ‘the Present State of Christianity in China’ [489.g.14.(1.)]. 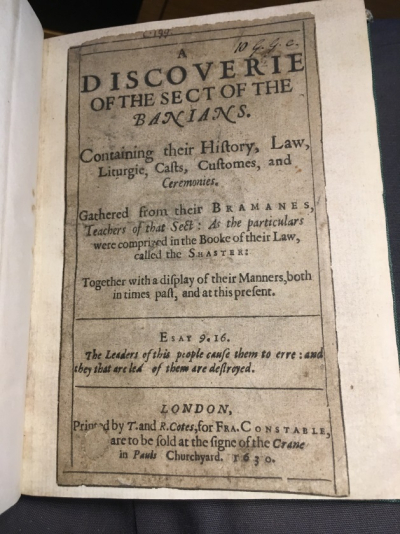 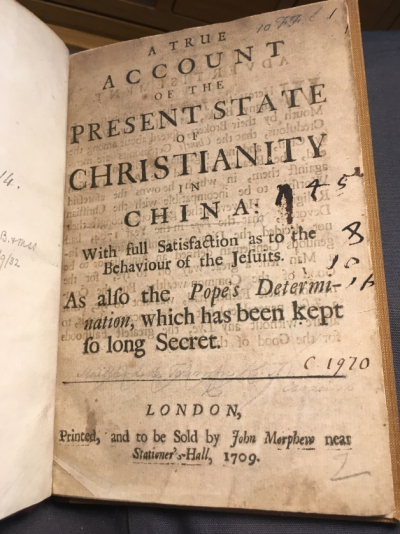 The colourful collage of Sloane’s interests was so diverse that many a reader’s taste is catered for. Perhaps you too might like to explore and see what you find to interest you in the Sloane Printed Books Catalogue – the database for the original collection, today held largely at the British Library.