Testimony from the Trenches: personal journeys of WW1

First-hand accounts of war provide us with details missing from official reports, and offer insights into personal survival strategies, ranging from the mundane and superficial to the profound. Collections at the National Archives, Imperial War Museum and National Army Museum cover official and non-official narratives, ranging from military documentation and papers of high-ranking or well-known officials, to the private collections of individuals from the rank-and-file.

The British Library also holds personal archives relating to a number of conflicts, including the recently-catalogued archive of Alfred Forbes Johnson, which will shortly be available for consultation in our reading rooms (Add MS 89235). 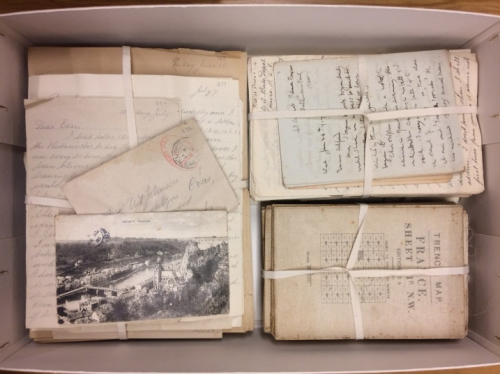 Letters in the archive, following re-housing. Copyright held by Tim Johnson, on behalf of the family of A F Johnson.

Lieutenant Johnson was drafted into the Royal Garrison Artillery from the Artists’ Rifles in 1917, and discharged in the spring of 1919. His archive consists of trench maps, retrospective war diaries, collected memorabilia and correspondence with family members. 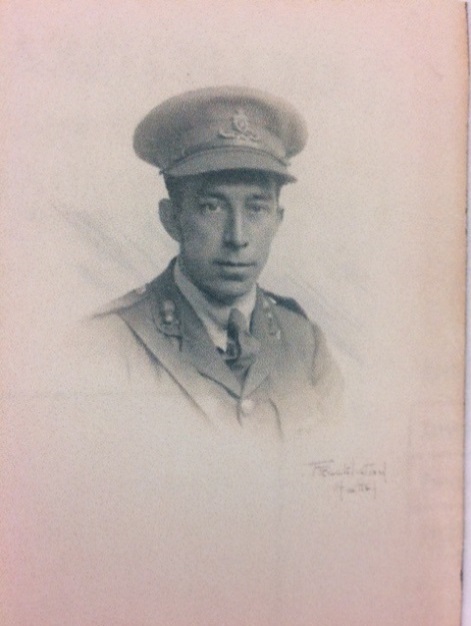 Daily letters to his wife Essie allow a good grasp of how he, his colleagues and family managed and made sense of their imposed obligations. Alfred’s philosophy was to spend life productively, no matter the circumstances, and with good humour.

'This is a weird state of affairs here. The Hun is shelling something about a quarter of a mile on the left, and on the right there is a band playing.' (16/08/1918)

His strategies included exploring the landscape, villages and towns of France and Belgium, engaging in debates of the day with Essie and the Mess, and involving himself in lectures, sports and intellectual activities. Most significantly, the British Museum employee read avidly, favouring satire, the humour of Dickens, and other classics, popular novels and magazines of the day.

'I generally manage to read a book every time I am at the O.P. as there are generally many hours in the early part of the day when it is too hazy to see anything.' 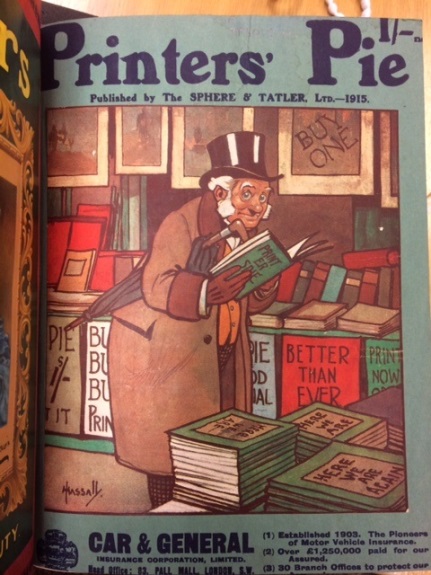 Magazines which Alfred and colleagues read at the time are held in the Library’s journal collections. A flyer included advertises how reading material was distributed to the troops. The Sphere illustrates the first tube strike in London in 1919, which Alfred discusses with Essie at the time.

Alfred expresses regret at losing out on bonding with his new-born son Christopher in his two year absence. Yet he gained from his experience too: a Military Cross, a vastly enriched literary repertoire, skills in French, German, Italian, and even a new-found tolerance for Americans!

The archive also includes letters from other serving family members. Alfred’s brother-in-law Reggie died of wounds following his involvement in supporting front-line duty. The battles at Loos and Polygon Wood have since become notorious landmarks for reckless objectives in warfare.

'The German Minenwerfers are terrible things, you hear a slight pop & then see the bally thing coming over, it is very hard to judge where they will let, so you are kept in suspense with your eyes protruding out of your head watching the torpedo till it hisses down…. Dugouts werent much use against these blighters.' (20/04/1916)

The young man eagerly describes his knowledge of German and British ammunition, makes frequent requests for Lemon Fizzers from his mother, and tells of his generally uncomfortable experience:

'In the night we have heaps of company, rats & mice & the other livestock.. everytime you wake [the rats] are fighting & squeeking all over you.. the other night one took a flying jump on to my face, he had been washing his feet I believe, it was just like a wet rag.'

In what was to be Reggie’s last letter he anticipated that American involvement would bring about an end to the war; it was to be the last his family heard from him. 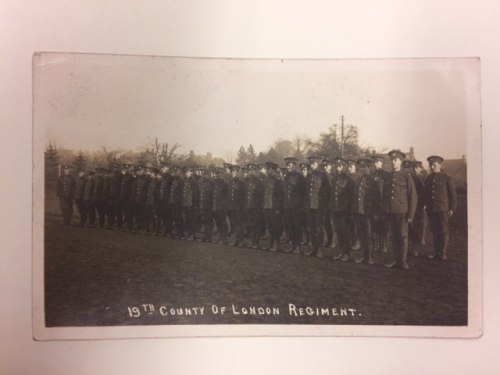 Photo sent on to Reggie's next of kin following his death

Find further stories of servicemen from the British Library collections at Europeana 1914-1918, as well as many commissioned articles exploring the effects of the war.