Hostess with the mostest… and so much more: introducing the Ishbel MacDonald Archive

Imagine the Prime Minister having to pay to run Downing Street out of her own pocket – seems unreasonable from today’s perspective, but until fairly recently this was an expectation for the British Prime Minister. The recently acquired archive of Ishbel Peterkin née MacDonald (1903-1982) sheds light on the burdens of this. Ishbel was the eldest daughter of Ramsay MacDonald, the first Prime Minister for the Labour Party in the UK, first in 1924 and again from 1929 to 1935. When Ishbel’s mother Margaret passed away in 1911 Ishbel acted as her father’s host during his political career living alongside him at 10 Downing Street and running the house. 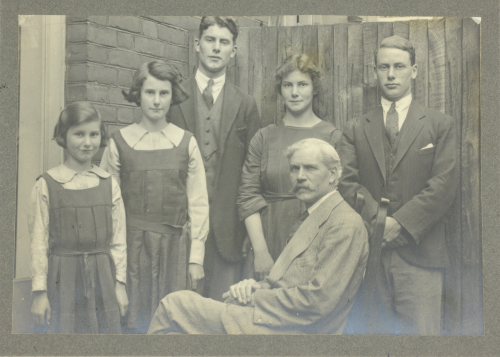 The MacDonald family in their garden in Hampstead, North London. Ishbel stands behind her father Ramsay. © With kind permission of Ishbel Lochhead.

Ishbel visited Downing Street prior to the family’s move and was perturbed by the big, empty house. Previous Prime Ministers had brought their own furniture – and then taken it away with them. The MacDonalds, however, were not moving from a grand residence but from their modest family home in Hampstead. To prepare, Ishbel and her sister purchased linen, crockery and cutlery with their own money, while Ramsay MacDonald arranged a loan of paintings from the National Portrait Gallery. These intimate domestic details reflect an interesting shift in 20th-century politics. MacDonald was of more humble origins than his predecessors in government who had set a precedent for running Downing Street as an extension of their wealthy homes. 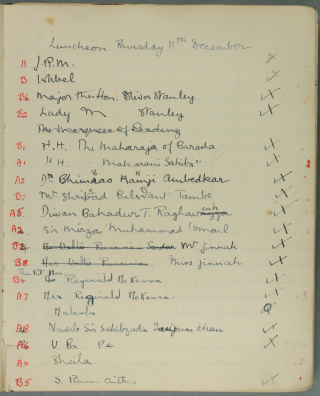 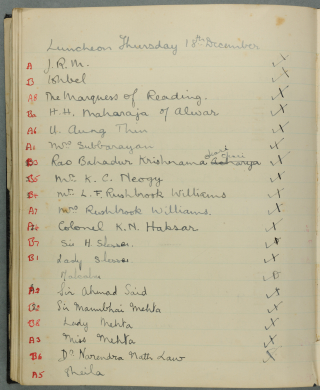 Guest lists for 11 and 18 December 1930 © With kind permission of Ishbel Lochhead.

Ishbel’s effort to run Downing Street modestly did not stop with the furnishings but in hosting and feeding guests. Carefully preserved notebooks of guest lists and menu cards paint a vivid picture. We can see who was eating with the Prime Minister and when, including place settings inked on the left in red. The menus themselves suggest that the MacDonalds had to budget carefully and were unconcerned with the culinary fashions of the day. Typical menus of the period from society events showcased a classical, often ostentatious French repertoire, usually written in French. By contrast Ishbel’s menus contain simple dishes like ‘Nut Roast’ and ‘Roast Chicken.’ 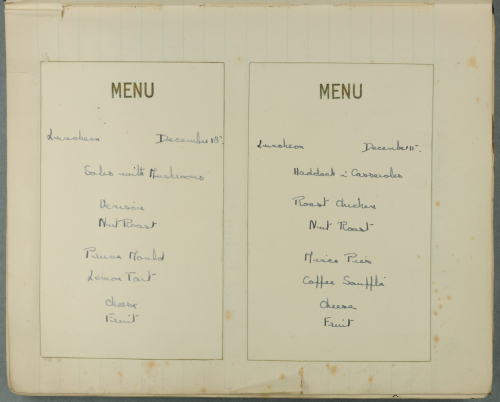 Ishbel MacDonald’s papers will offer researchers a fantastic insight into her efforts running 10 Downing Street as well as a record of her fascinating life more generally. Ishbel was an active politician in her own right, elected to the London County Council in 1928 and again in 1931. She was the subject of public fascination and when she decided to leave politics to run a pub in 1935 the move was covered by extensive media coverage. The archive contains correspondence, detailed diaries, and scrapbooks and notebooks relating to the family's time in politics. 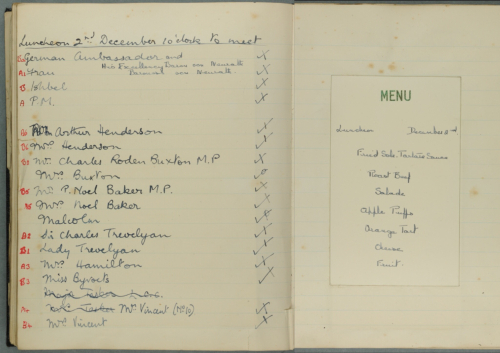 Guest list and menu for luncheon on 2 December 1930. © With kind permission of Ishbel Lochhead.

The archive is currently being catalogued with the aim of making it available to researchers in the Manuscripts Reading Room by the middle of next year. In the meantime please contact eleanor.dickens@bl.uk with any enquiries.