Where in the library collections might you find watercolour arctic landscapes, playbills, squashed mosquitoes and first-hand accounts of whaling?

We are pleased to announce that the journals of Sir Albert Hastings Markham (1841-1918) have been processed and are now available to request in the Manuscripts Reading Room, under reference Add MS 89230. The journals were acquired at auction in 2015, drawing on the T S Blakeney Fund and with the generous support of the Friends of the British Library and the Eccles Centres for American Studies.

They cover the period from 1871-1902, during which Markham undertook polar reconnaissance in the Arctic and the Kara Sea, surveyed the conditions in the Hudson Bay for the Canadian Government, participated in the British Arctic Expedition (1875-1876), and served in the Navy in the Torpedo School, Pacific Station, and Mediterranean. 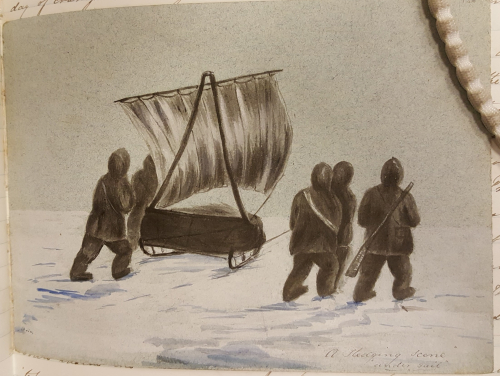 Markham’s entries are richly detailed, and he does not shy away from recording his opinions on the behaviour of his crew and the places he visited. His account on the whaling vessel Arctic is probably best not read by those of a sensitive disposition, conjuring up as it does the sights and smells of decks covered with blood, fat and coal dust.

His journal as second in command of the Mediterranean fleet contains his first-hand account of the incident for which he is probably best known – the sinking of the flagship Victoria, following a collision with Markham’s ship Camperdown whilst undertaking manoeuvres off Tripoli.

These journals complement our existing holdings on Arctic research and exploration, from material relating to James Cook’s third voyage and attempts to find the Northwest Passage, and Sir John Franklin’s ill-fated expedition. The British Arctic Expedition of 1875-1876 was in several aspects a precursor of later Antarctic explorations, and Markham’s role leading the sledging team to achieve farthest north makes this a vital first-hand account. 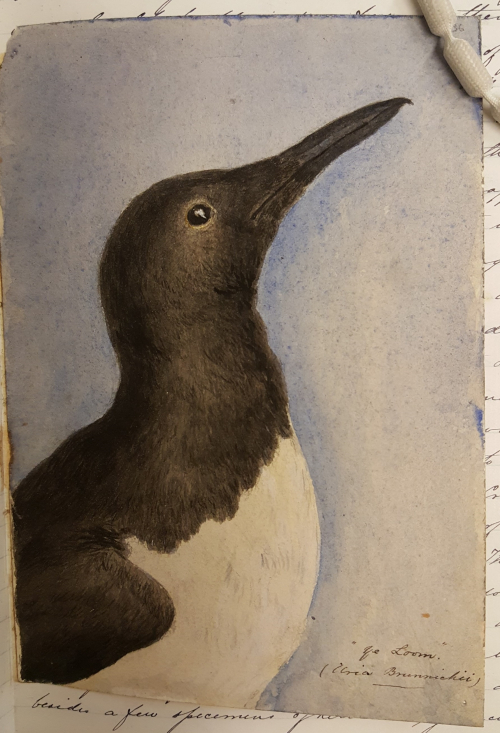 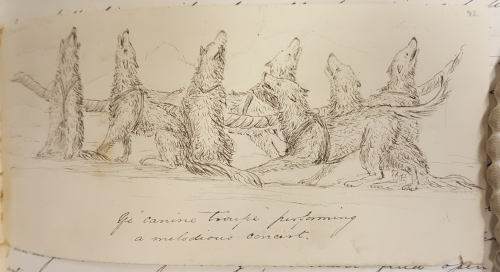 During the cataloguing process I was pleased to find letters enclosed in the journals, many written by figures in the history of arctic exploration and 19th century naval history, including William Grant (arctic photographer), Captain Antonius de Bruijne (of the Dutch schooner Willem Barents), and Benjamin Leigh Smith. Markham was also careful to collect keepsakes such as dinner menus and playbills for the performances put on by the ship’s company. 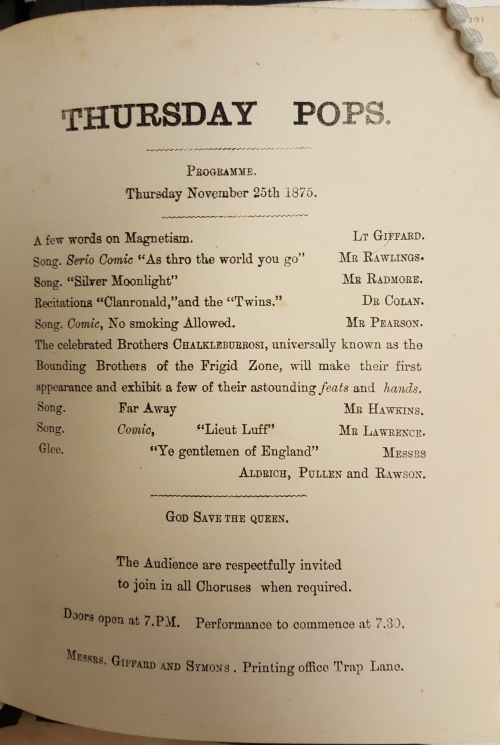 The Hudson’s Bay journal (Add MS 89230/4) was partly composed by Markham whilst he journeyed from York Factory to Winnipeg by canoe. Markham and his party were plagued by mosquitoes - “the buzz and the hum of my relentless persecutors – the mosquitoes – will they never tire? Will they ever leave me unmolested?” -  and these flying irritants have literally left their mark on the journal, with folios 115-151 spotted with pressed remains. 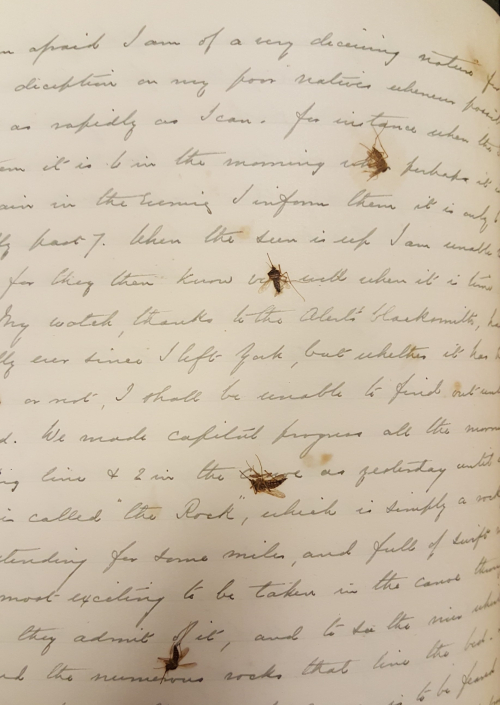 The catalogue can be found at Search Archives and Manuscripts under collection reference Add MS 89230. We will continue to post images on @BL_ModernMss, so be sure to follow us if you aren’t already.

Posted by Alex Hailey at 09:15:00 in Americas , Journeys , Science and environment , Visual arts