Sixty Thousand Signatures against the Bengal Partition: Bengali Resistance in 1905

The ‘Partition’ of the Indian subcontinent in 1947 saw the birth of India and Pakistan in an unprecedented human tragedy.  But it was not the first time that British India witnessed a partition.

On 16 October 1905 Bengal province was ‘redistributed’ by the Viceroy Lord Curzon, apparently for administrative efficiency. Its eastern part was conceded to Assam Province to form a new ‘Eastern Bengal and Assam Province’. The remaining part of Bengal was further reduced by surrendering some of its parts to the Central Province.

This partition excited the Bengali population and resulted into various kinds of organized protest movements.  Memorials containing thousands of signatures were sent to the Governor General of India in Council to revoke the partition.  It was unprecedented in the history of the Raj that so many of her subjects literally took up their pen in an organized manner to register their protest against a Government decision. One of many such memorials, sent on 31 December 1906 by Khaja Atikulla of Dacca, describes the day of the partition: ‘The demonstration which took place on the 16th October 1905, when the Partition was carried out, will never be forgotten. The whole Province was in mourning; the shops were closed; it was a day of fasting and prayers; and in Calcutta thousands of devout Hindus bathed in the Ganges, as is customary when a great misfortune overwhelms them’. The ‘multitudinous signatures’ created a stir even in the British Parliament. MP Herbert Roberts asked the Secretary of State for India 'whether he has received & considered a memorial signed by 60,000 of the inhabitants of Eastern Bengal, protesting against the proposals of the Government of India in reference to the partition of Bengal...’ 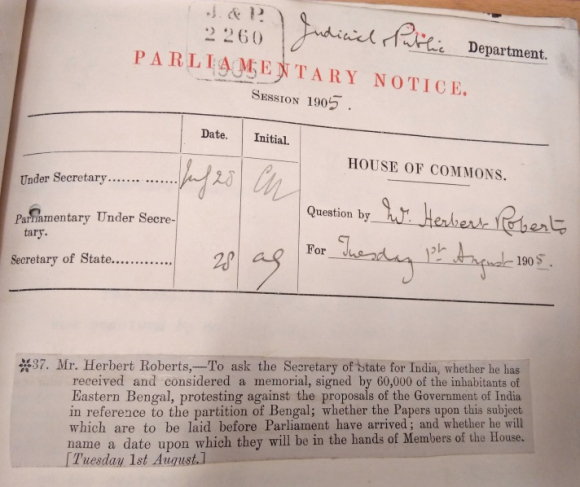 The list of the signatures running to thousands of pages bears the marks of a great number of Bengali population either in terms of written signatures or thumb impressions. 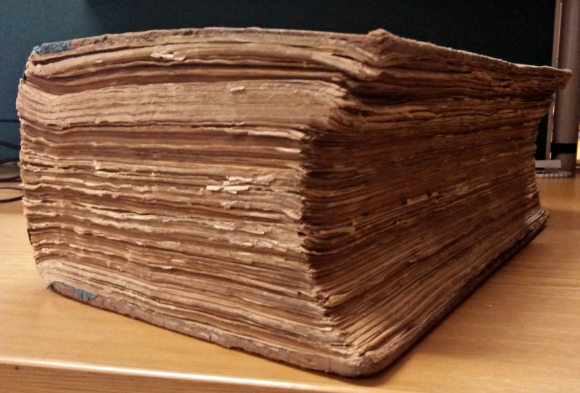 The pages of signature were divided into three columns: Name/Signature, Address, and Profession. The overwhelming majority of the signatories were Hindu by religion, even in places like ‘East Bengal’ where Muslims outnumbered the Hindus.  A conspicuous absence of Bengali women from the lists went against the fact that Bengali women participated in the Movement in great numbers. 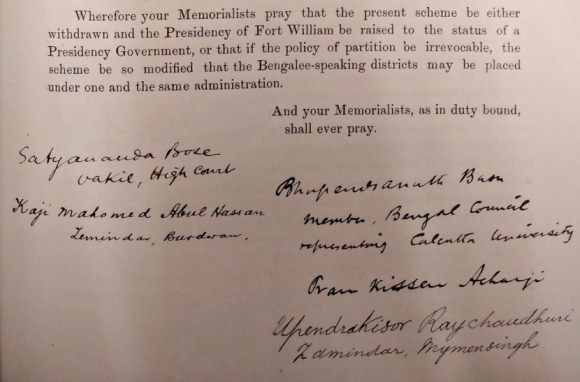 A page bearing the signature of Upendra Kisor Raychaudhuri, an eminent Bengali writer who established India’s finest printing press in Calcutta and introduced half tone and colour block making for the first time in the subcontinent IOR/L/PJ/6/754 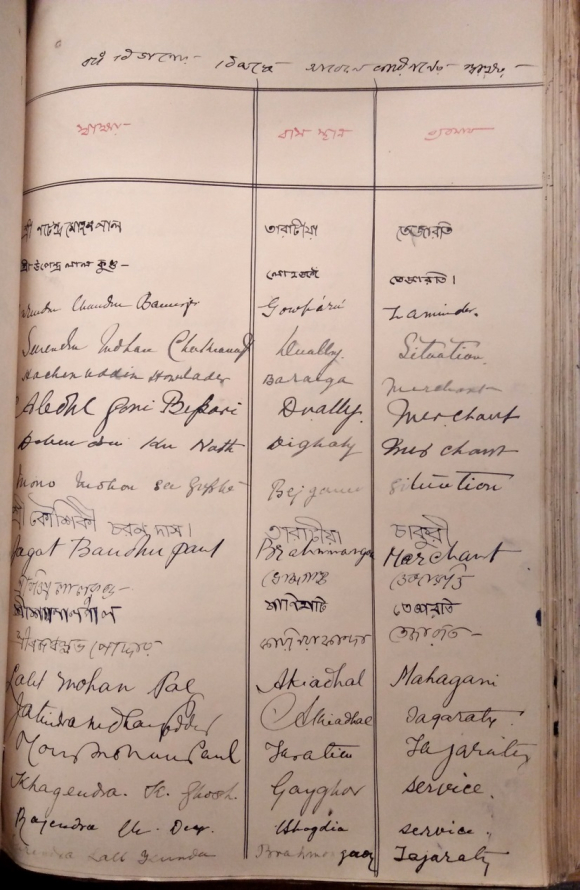 The lists start with signatures of men of prominence and authority, mostly Maharajahas and Zamindars. They were followed by common men of different professions. During the first decade of the 20th century, the majority of Bengalis were farmers by profession. But the list does not reflect a proportionate representation of the Bengali population as the majority of the signatories were land owners (Taluqdar) or in money-lending professions (Mahajani, Tejarati).

However, organizing such a huge signature campaign against the reigning colonial power was not an easy job. Reaching the households of hundreds of villages all over Bengal, crossing rivers and forests, braving seasonal difficulties like those in the monsoon time could not have been possible without very organized concerted efforts. The list of 60,000 signatures seems to be a premonition of organized nation-wide struggle against the British Government which paved the way for the leaders like Gandhi.