On 19 July 1919, there was a large Victory Parade through the streets of London to mark the end of the First World War. Around 15,000 troops led by the Allied commanders marched to the cheers of thousands of spectators. Bands played in London’s parks, and a memorial to those killed and wounded was unveiled in Whitehall.  The Indian Army had been invited to send a representative contingent to take part in the parade, but problems with shipping and an outbreak of influenza, prevented the contingent from arriving in time. Instead, it was decided that the Indian contingent would have its own Victory March through London as an acknowledgement of the vital role the Indian Armed Forces had played during the War. 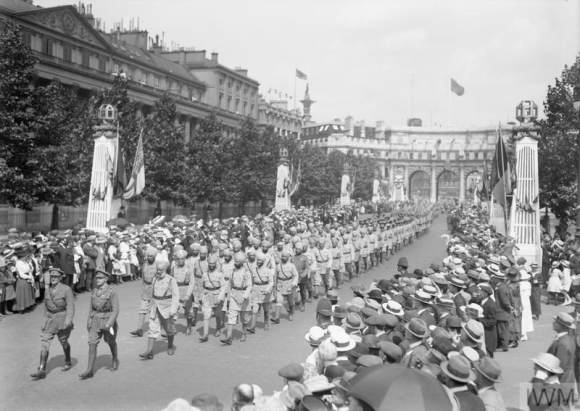 The India Office Records has a number of files on the arrangements for the Peace Contingent’s visit to England, which make fascinating reading. The Contingent consisted of a British detachment of 11 officers and 270 men, an Indian Army detachment of 27 British officers, 465 Indian officers and 985 Indian other ranks, and 34 Imperial Service troops of the Indian Native States. The Contingent arrived in the camp at Hampton Court on 26 July. 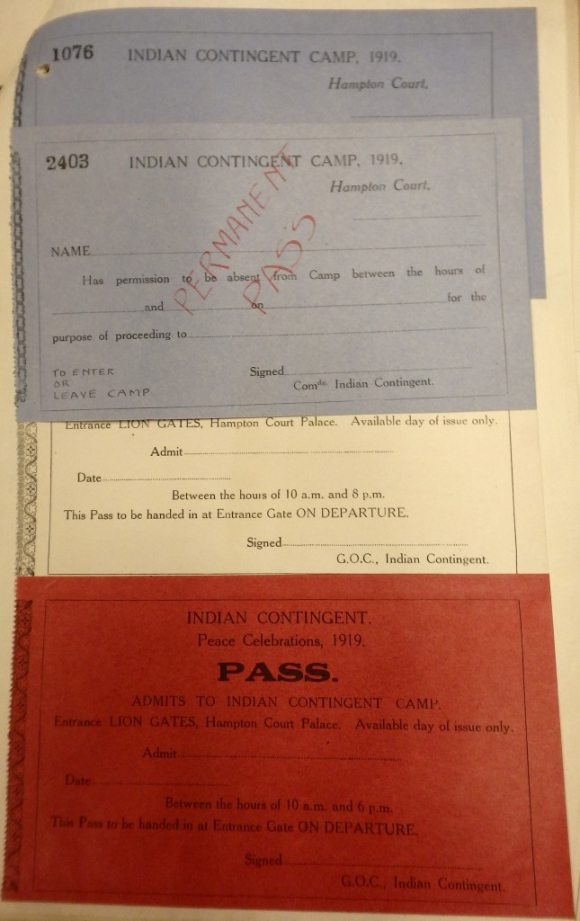 The procession on 2 August started at Waterloo Station, continued across Westminster Bridge, along Whitehall, and up the Mall to Buckingham Palace. The King inspected the Contingent on the East lawn of the Palace, and presented some awards, including the Victoria Cross to Naik Karanbahadur Rana of the 2nd/3rd Gurkha Rifles. The King then gave a speech thanking the men for their service during the War, which was repeated in Urdu by General Sir Frederick Campbell. The troops were then given tea before returning to their camp. 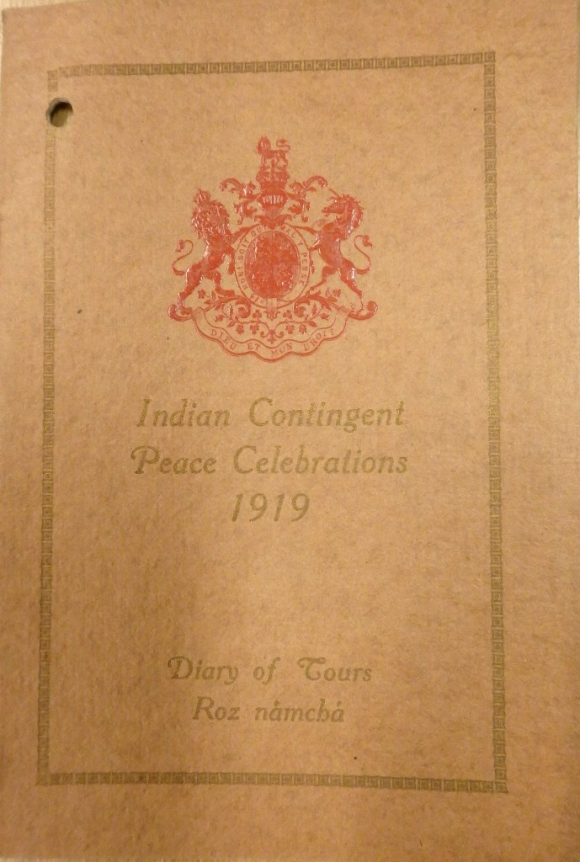 After the King’s inspection the British troops were demobilised, but the Indian troops stayed for several weeks camped at Hampton Court. The troops were entertained with outdoor games and sports and in the evenings lectures were given, and a cinema was established by the Young Men’s Christian Association. Groups of officers and men were taken on day trips to London and other parts of Britain. These trips included a bombing display by the Royal Air Force, the steel works of Vickers Ltd in Sheffield, the shipyards of John Brown and the Fairfield Engineering Works on the Clyde and Portsmouth Dockyard. In London trips were organised to the Houses of Parliament, Tower of London, Kew Gardens, St Paul's Cathedral, and also to some schools. There were also regular shopping trips to the West End. 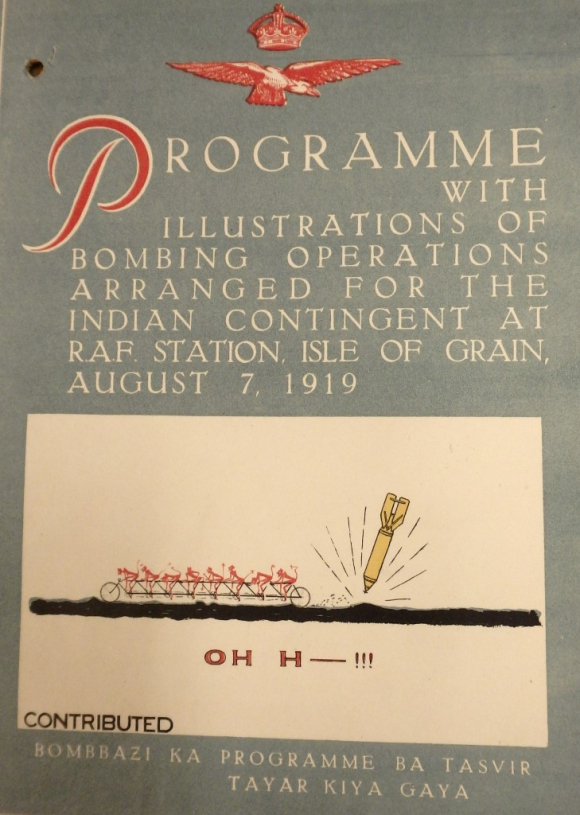 The Peace Contingent left for India in the middle of September 1919, and the India Office marked the occasion by issuing a souvenir book, beautifully illustrated by the artist W Luker Jnr. 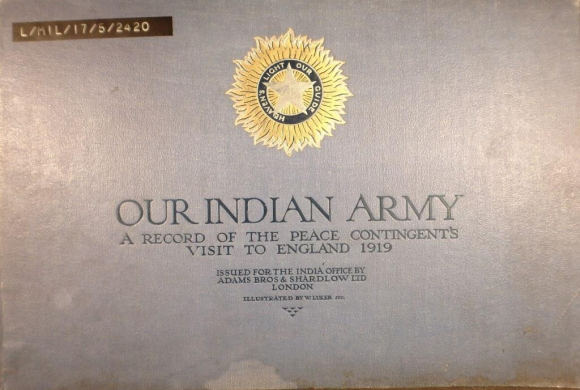 Posted by Margaret.Makepeace at 08:30:00 in Journeys , South Asia , World War One