Did you make a New Year Resolution to keep fit?  Are you making the most of a subscription to the gym?  You might be surprised to learn that interest in personal fitness is not a recent phenomenon.  I found a file in the India Office Records which shows that exercise was taken very seriously at the start of the 20th century. 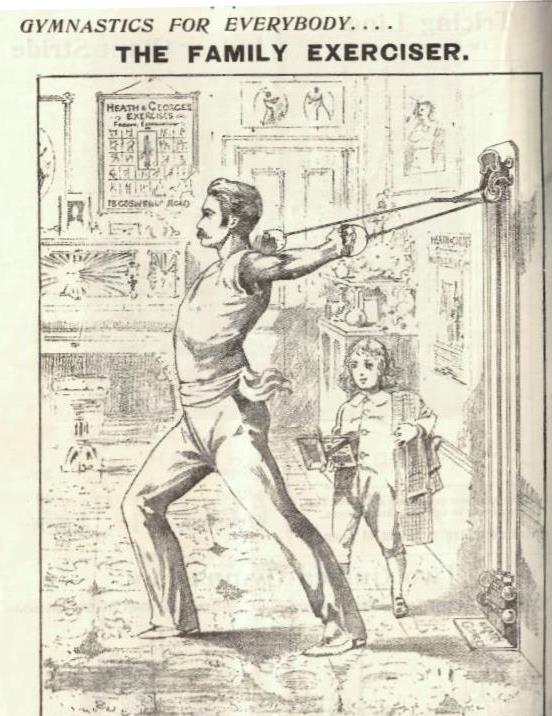 The Family Exerciser from a catalogue of gymnastic apparatus supplied by Heath & George IOR/L/PWD/8/220 f.352v

The file comes from a series of records relating to the Royal Indian Engineering College at Cooper’s Hill near Egham in Surrey. It is entitled ‘Gymnasium: Qualifying examination, notices, apparatus, instructors 1900-1906’.  That might not sound thrilling, but it includes some fascinating papers.

The Royal Indian Engineering College was founded in 1871 to train civil engineers for service in India in the Public Works Department.  In 1900 there were approximately 130 students in residence. Compulsory gymnastics and physical drill were part of the curriculum. The College also offered voluntary classes for gymnastics, fencing and boxing.  A gymnastics competition was held each year. First year students had to pass a gymnastics exam – parallel bars, horizontal bar, rope climbing, vaulting horse, bridge ladder, row of rings, slanting ladder, pair of rings, and high jump.  Marks were awarded equally for ‘performance’ and for ‘form’.  Students had to make half marks overall and, if they failed, had to continue with classes until they did.

Here is a draft of the rules of the Cooper’s Hill gymnasium in 1902.

The clothing to be worn in the gymnasium was flannel trousers, vest or a sweater, gym shoes, and belt.  Smoking was prohibited.

The file contains physical descriptions of students – age, height, weight, and measurements for chest, forearm, upper arm, and deltoid.  Here are the data for a group of first year students in 1903. 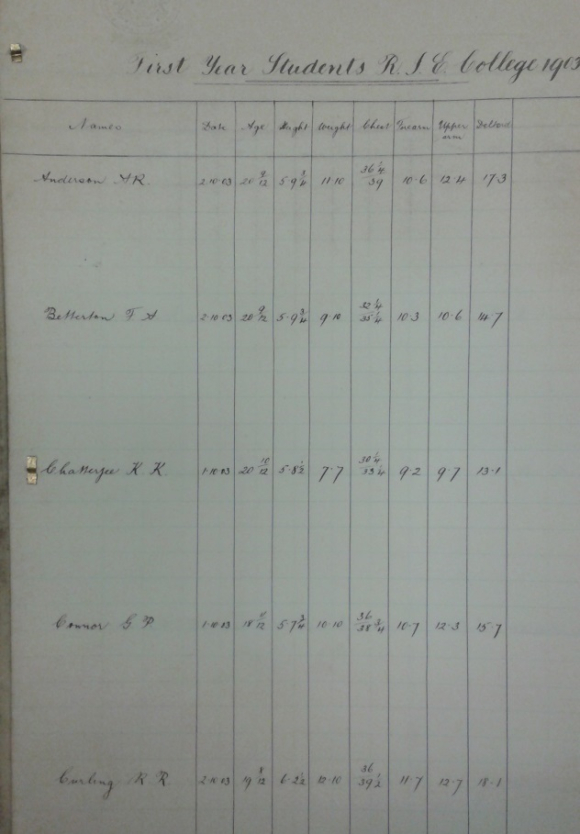 In August 1901 the India Office sanctioned expenditure on improvements to the gymnasium.  The College authorities then had to decide which new equipment to purchase.  Saved with the file are catalogues for two suppliers of gymnastic apparatus: George Spencer and Heath & George. Both firms were based at Goswell Road in London.  The catalogues show gymnastic equipment designed for the home as well as for military and naval institutions, schools, colleges, and public baths.  The apparatus was intended for men, women and children. Here are a few examples of what was on offer. 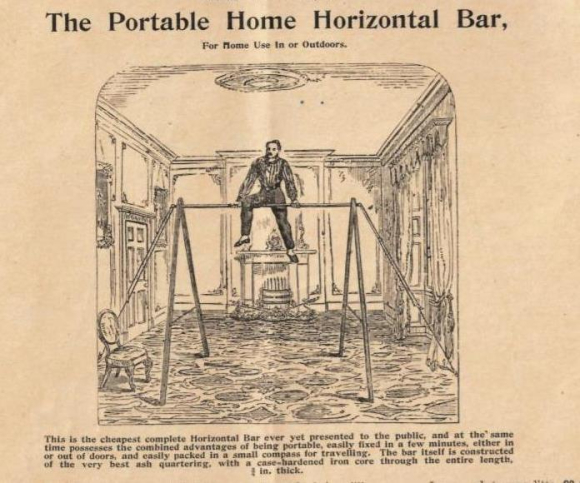 The Whitely Exerciser from a catalogue of gymnastic apparatus supplied by George Spencer IOR/L/PWD/8/220 f.310v 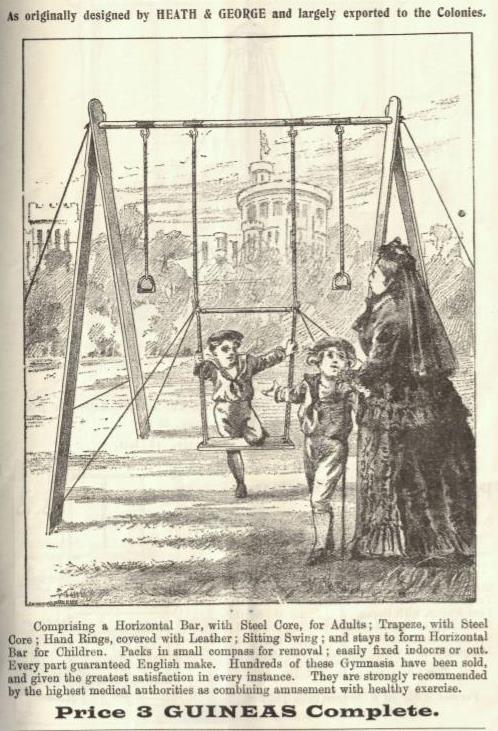 The Nursery Gymnasium from a catalogue of gymnastic apparatus supplied by Heath & George IOR/L/PWD/8/220 f.343

The  woman supervising the Nursery Gymnasium looks very like Queen Victoria, and isn't that Windsor Castle in the background?  Perhaps Heath & George were trying to tell potential customers that the Royal Family enjoyed ‘combining amusement with healthy exercise’.  Let’s hope that the Queen was as amused as her small charges seem to be.

Posted by Margaret.Makepeace at 08:30:00 in Domestic life , Health , Leisure