Fashion fit for a suffragette procession

February includes London Fashion Week and marks the centenary of the Representation of the People Act which gave some women aged 30 or over the right to vote. Suffragette purchasing-power provides an unexpected link between the world of fashion and the fight for women’s right to vote.

In early June 1911, fashion purchasing-power was highlighted as a weapon to be deployed in the struggle to achieve women’s suffrage. Suffragists and suffragettes were preparing for a procession to highlight their cause on 17 June during the Coronation of George V. They were asked to wear white when they took part in this procession. 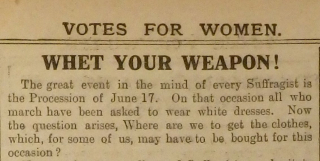 Readers of the weekly newspaper, Votes for Women, which was edited by Frederick and Emmeline Pethick Lawrence, were urged to buy their outfits from firms that advertised there. ‘If they find it pays them to advertise in VOTES FOR WOMEN they will advertise – if they find it doesn’t, they won’t. The more money that flows into the coffers of our advertisement department the better our paper can be made, the wider its influence reaches. Therefore let every woman who believes in this cause never enter a shop that does not advertise in VOTES FOR WOMEN, and let her deal exclusively with those firms that do, and inform them why.’

Women who obeyed this call to arms would have had a good choice of items to ensure a suitably modish appearance during the procession. Advertisers enticed them with pictures of dresses, dainty blouses, charming hats, smart coats and hair care products. The procession through London from Westminster to the Albert Hall comprised around 60,000 women from around the world carrying 1,000 banners and stretched for seven miles. One hopes that they also bought the comfortable shoes on offer!

The advertisements below, taken from Votes for Women 1911, give an idea of the heights of elegance that might be achieved. 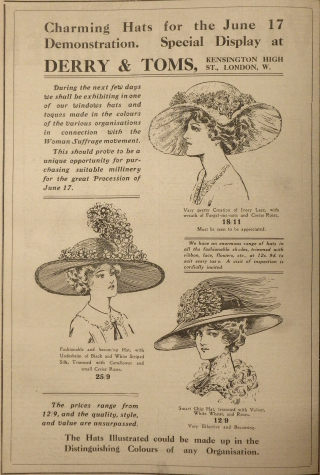 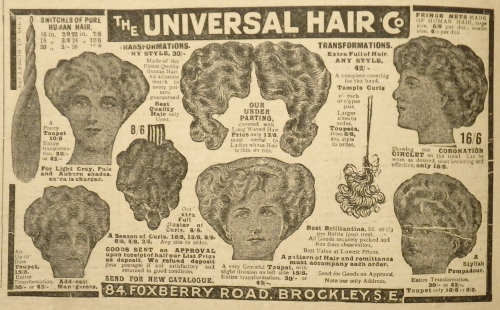 The fashions of the day generally required a good corset. It is fascinating to see how Mesdames I&L Hammond developed their advertisement for their corsets, garments that might now be regarded as instruments of female oppression, to appeal more strongly to suffragettes. 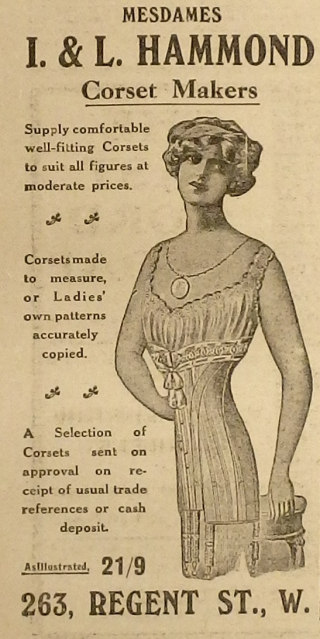 The British Library's Votes for Women online resource highlights many more treasures in the collections that tell the story of the campaign for women's suffrage.