Mr Robertson and the Great Stupa at Amaravati

In the British Museum’s Asahi Shimbun Gallery there is a permanent display of sculptures from Amaravati Stupa. These beautifully carved limestone sculptures originally surrounded a massive Buddhist monument in Andhra Pradesh, India. It was constructed between the 3rd Century BC and the 3rd Century AD. When Buddhism’s popularity in southern India went into decline, the Great Stupa at Amaravati became disused, and was eventually abandoned. 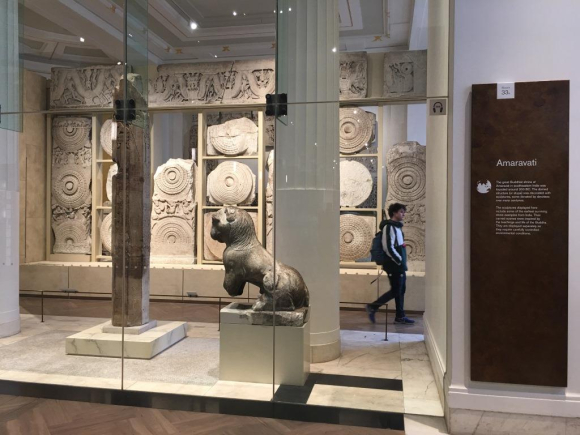 The recently reopened Asahi Shimbun Gallery in the British Museum.

In 1816-17 a British survey team excavated Amaravati Stupa’s remains, and in 1859, 121 of the stupa’s sculpted stones were shipped to the British Museum. What few people realise is that some unusual things happened to these precious sculptures in the four decades between these two events. 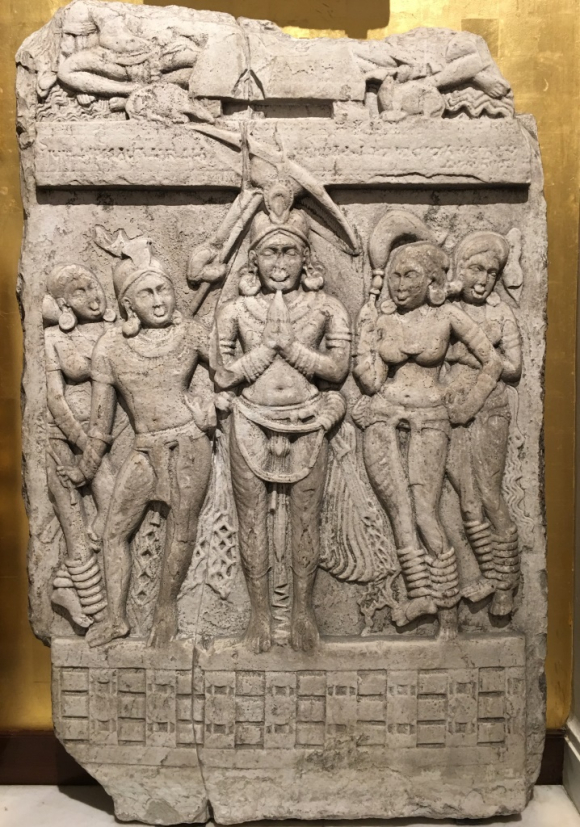 King standing with attendants -  in the Asahi Shimbun Gallery. 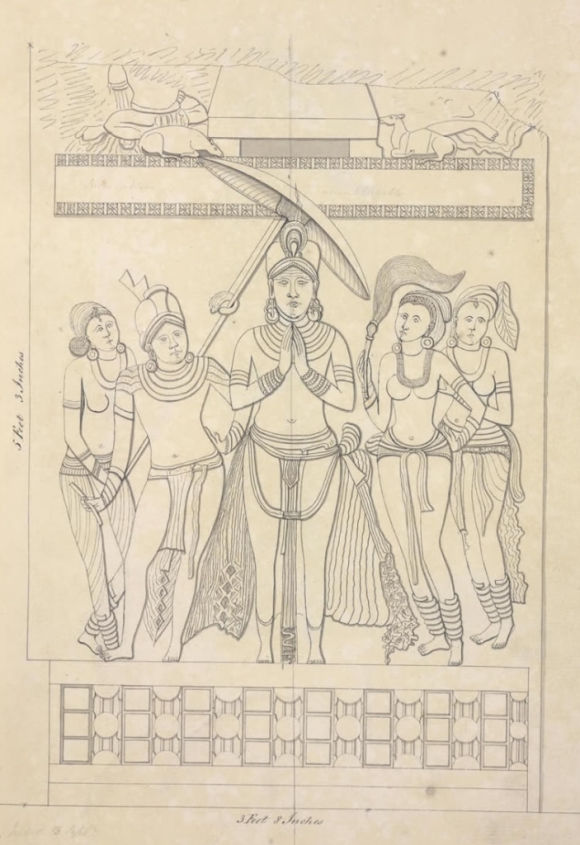 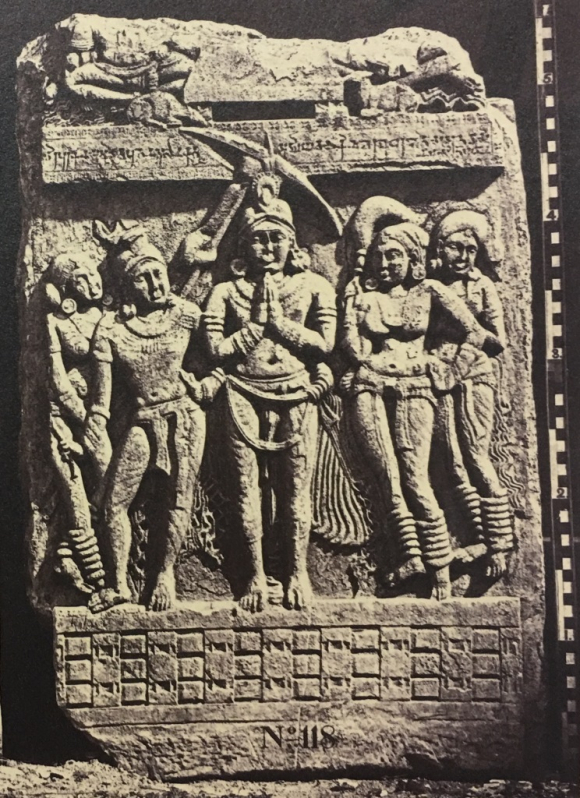 King standing with attendants - photograph by Linnaeus Tripe taken at Madras in 1856, before it was sent to London. Photo 958/(23b).

Francis W. Robertson was the East India Company’s Assistant Collector at Masulipatam from 1817 to 1819. Masulipatam was the closest seaport to Amaravati, and Robertson knew the man in charge of the stupa’s excavation in 1816-17. Together, they made plans to beautify Masulipatam’s market place by building a monument out of Amaravati sculptures.

The resulting monument, known locally as “Robertson’s Mound”, was probably completed in around 1819. It attracted virtually no outside attention until 1830, when the Governor of Madras, Sir Frederic Adam, paid a visit to Masulipatam. Adam wanted to establish a museum in Madras Presidency, and upon seeing Robertson’s Mound in the market place, he gave orders for it to be dismantled so the sculptures could be deposited in the new museum, once it was created. 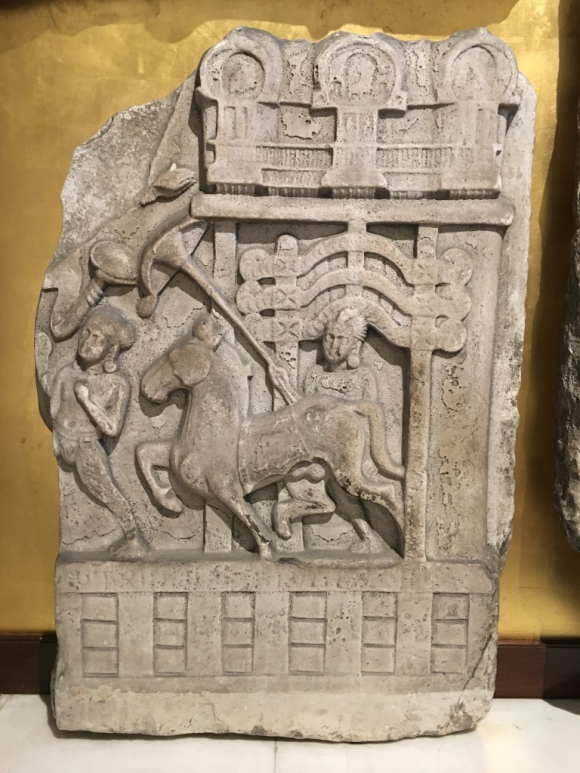 Horse walking through gate - in the Asahi Shimbun Gallery. 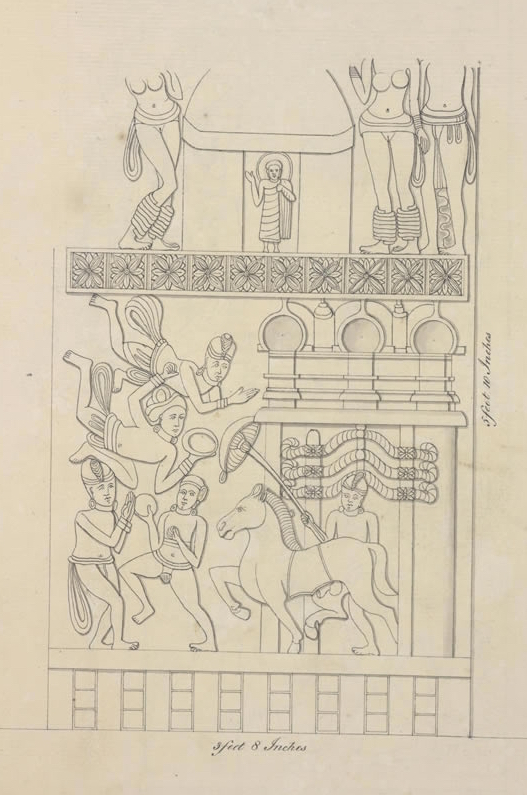 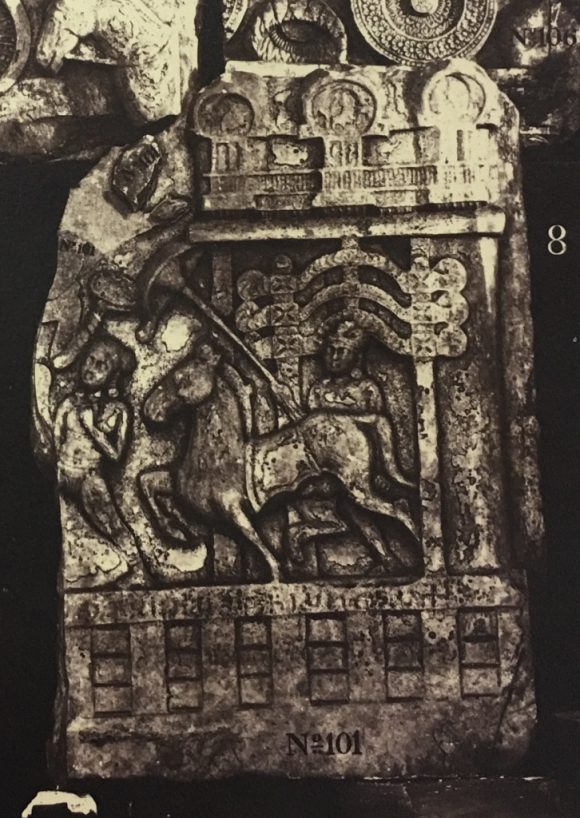 Horse walking through gate - photograph by Linnaeus Tripe taken at Madras in 1856, before it was sent to London-  Photo 958/(32a).

Over 20 years later, the Madras Government Museum was finally established. In 1854 the stones from Robertson’s Mound, along with some other sculptures from Amaravati, were sent to Madras. 121 of them were sent to the British Museum in 1859. By looking at drawings, photographs and other documentation in the British Library, one can identify which of the British Museum’s 121 Amaravati sculptures were part of Robertson’s Mound. One can also ascertain the condition of these sculptures before and after they were attached to this curious and short-lived monument. 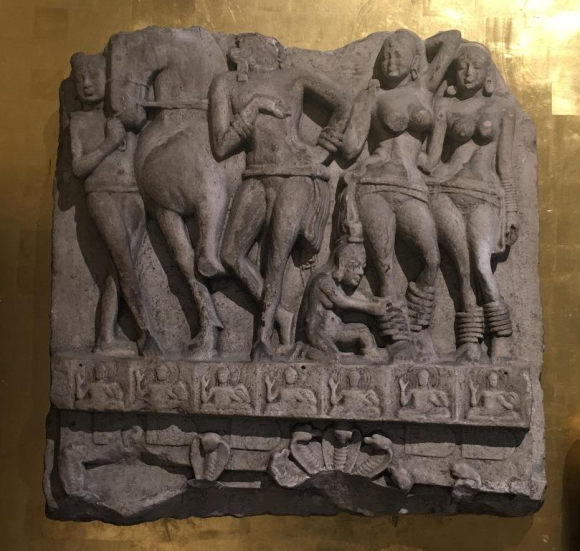 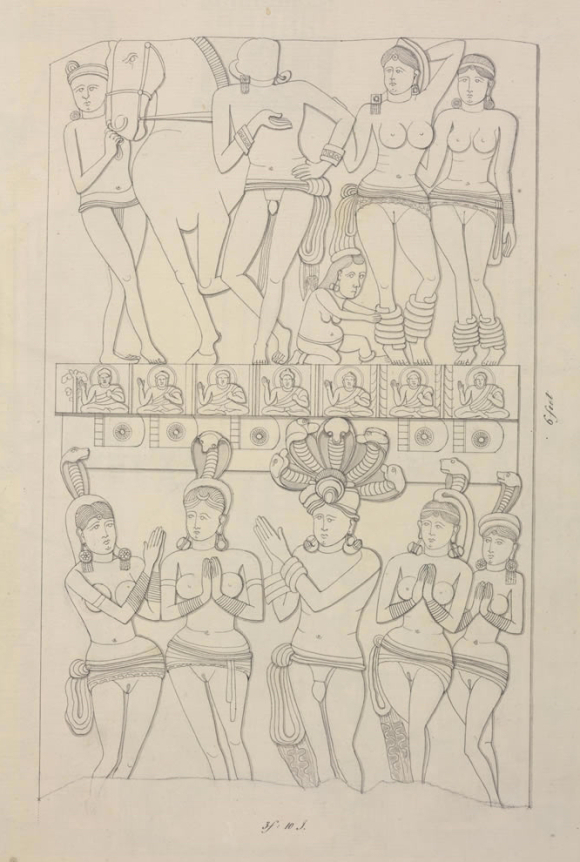 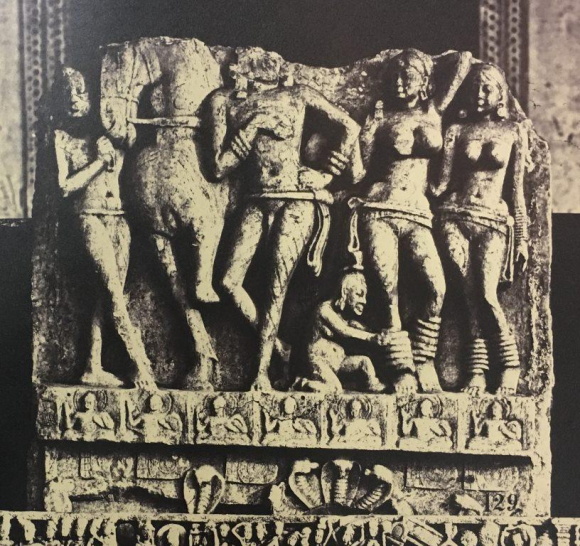 Man and woman standing next to a horse - photograph by Linnaeus Tripe taken at Madras in 1856, before it was sent to London. Photo 958/(31)

Posted by Margaret.Makepeace at 08:30:00 in Arts and crafts , Journeys , South Asia , Visual arts