The story of Sir Jagadis Chandra Bose’s life and achievements reads somewhat like that of the Turkish astronomer in Antoine de Saint-Exupéry’s The Little Prince, who discovers the asteroid from which the little prince comes. The astronomer presents his findings to the International Astronomical Congress “in a great demonstration”, but also “in Turkish costume, and so nobody would believe what he said”. 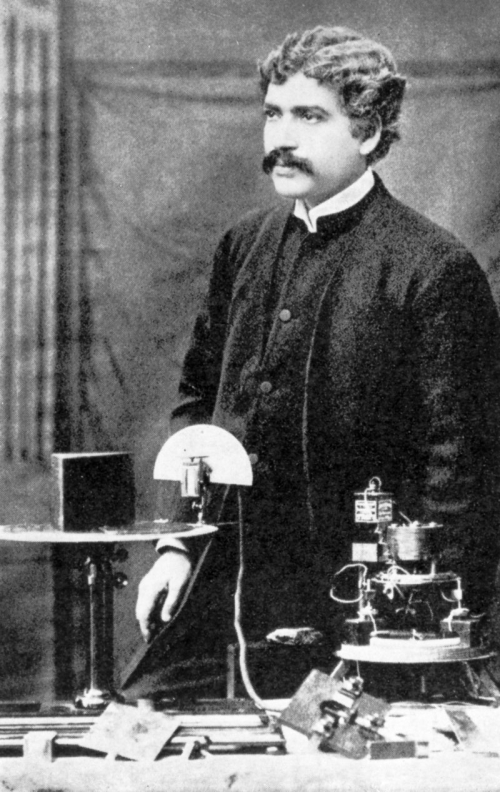 Like his fictional counterpart, Bose (1858 – 1937) for a long time found himself at the edges of Western sciences. He was born in India, came to England in the 1880s to study at University College, London, and Christ’s College, Cambridge, and returned to Calcutta in 1885, where he was appointed Professor of Physics at Presidency College. Here Bose conducted experiments that would lead him to almost invent the radio – something for which his contemporaries Guglielmo Marconi (1874 – 1937) and Karl Ferdinand Braun (1850 – 1918) won the Nobel Prize in Physics in 1909. Neither Marconi nor Braun mentioned Bose in their Nobel Lectures; despite the fact that Bose’s invention of a specific coherer, which turned out to be a crucial component for wireless telegraphy, predated Marconi’s experiments by 21 months.

However, Bose never patented his invention. Quite to the contrary: he openly displayed the construction and workings of an earlier version of his coherer when he was invited by the Royal Institution to give the prestigious Friday Evening Discourse on 29 January 1897. Afterwards, The Electric Engineer noted with “surprise that no secret was at any time made as to its construction, so that it has been open to all the world to adopt it for practical and possibly money-making purposes”. Bose’s biographer and contemporary Patrick Geddes (1854 – 1932) notes that Bose was “criticised as unpractical for making no profit from his inventions”, but that it fit both his character and his conviction to seek “no personal advantage from his inventions”. 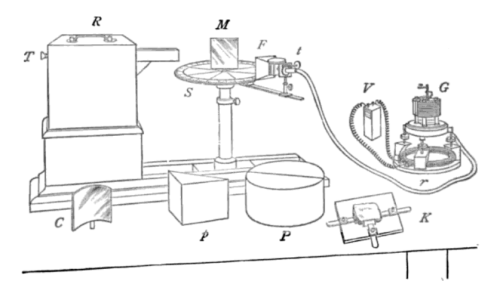 Meanwhile, Marconi had less scruples. On 12 December 1901, Marconi used Bose’s 1899 improved version of the coherer to receive the first transatlantic wireless signal. Marconi also applied for a British patent on the device that was not his, in which he did not even mention Bose’s name. Marconi deliberately muddied the waters when presenting “his” invention at a lecture at the Royal Institution on 13 June 1902. As Probir K Bondyopadhyay writes: “By the time Marconi gave his lecture at the Royal Institution, he was already under attack by his own countryman, and Marconi, through his careful choice of words, caused deliberated confusions and, using clear diversionary tactics, shifted attention to works of Hughes, who was already dead at that time”.

Bondyopadhyay’s article was published in 1998. It took almost a century to unveil the true origins of the device that brought us wireless telegraphy and the radio and to give due credit to Bose. Like the astronomer in The Little Prince, Bose did not play by the rules of Western science, and therefore nobody listened. But also like his fictional counterpart, Bose changed garb. And suddenly, people did listen.

Keen to learn more? Head over to part two!

Leverhulme Early Career Fellow in English Literature at the University of Kent, and Researcher in Residence at the British Library

Bose's legacy and his contributions to the invention of wireless telegraphy are still a contested issue. For a differing account on the “Boseian myth”, see Subrata Dasgupta's book Jagadis Chandra Bose and the Indian Response to Western science, particularly pages 76-83 and pages 250-254.