Humphry Repton is acknowledged as the last great landscape designer of the 18th century. He died 200 years ago, on 24 March 1818, aged 65. Repton claimed that during his career he worked for over 400 clients. Not all the sites where he worked have been identified so far. His report, often called the ‘Red Book’, has survived for 110 sites, 84 are supported by documentary evidence and 48 are mentioned in Repton’s published works. Many others are illustrated in Peacock’s Polite Repository, a little pocket diary for which Repton provided illustrations. It is generally accepted that this indicates he had been invited to advise on the property. The British Library holds a number of these little books as well as copies of his published works. 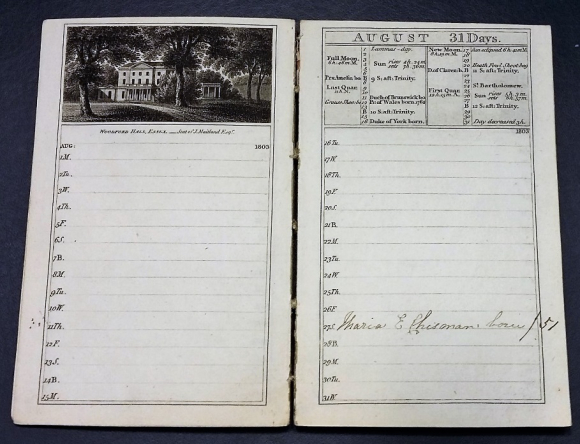 In 1806 the East India Company decided to establish its own college to train the clerical staff who would serve them overseas, and a new building was designed by William Wilkins at Haileybury. 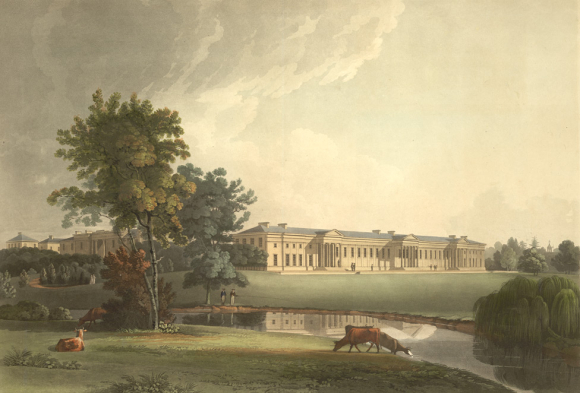 Humphry Repton was invited to advise on landscaping the grounds. The report which he presented to the East India Company appears not to have survived, but many of the letters from Repton to the Company have survived in the archives of the Committee of College, one of the standing committees of the Court of Directors. 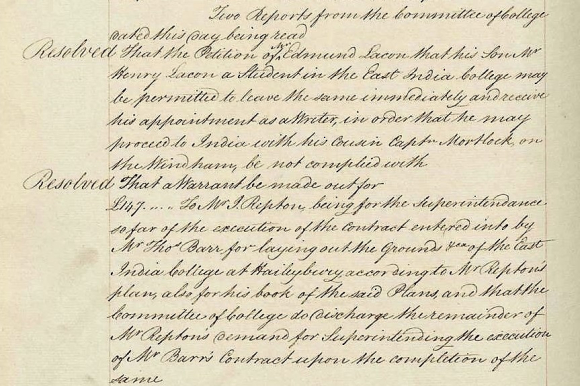 Report from the Committee of College in the Minutes of the East India Company Court of Directors 23 May 1809  IOR/B/149 p.246

Repton first visited the site in November 1808 when he was shown around and various ideas were explained to him. His first accounts show he visited the site again before presenting his ‘Book of Plans, Sketches and Report’ for which he charged £52 10s. Several more site visits were made to take measurements and meet with the contractor, and for each of these he charged £21 when accompanied by an assistant or £15 15s when alone.

The letters give us several clues about the proposals in Repton’s Report which included planting 420 horse chestnut, elm or plane trees to make an avenue. He mentioned digging up the old road and levelling the site, and gravelling the ‘public road’. However later, when the contract was nearing completion, the roads were being ‘torn up’ by coal carts before they had become established. Repton suggested moving the coal yard to a site more easily accessible from the main road.

Repton also mentions problems arising from the building work, adding an additional £152 to the original estimate for moving 2620 cubic yards of earth. Later he addressed the problem of old clay pits by proposing two pits be made into one pool by raising the lower one and partly destroying the upper one. 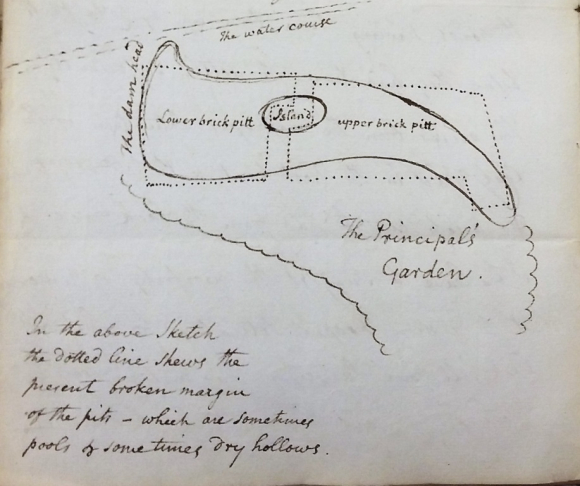 Repton’s letters about Haileybury give us a glimpse of the missing report, but are also interesting because the East India Company did not just commission the proposals from Repton but, unusually, he had a supervisory role in their implementation. Among other indications for this are his letter dated 2 July 1809 when he says ‘I should be glad to leave full direction for the contractor how he is to proceed during my absence & to do as much as possible before the harvest takes off his men’.