Insurgency in the archives

DEAR READER, Please realize that this book will be no suitable ornament at present for Mahogany drawing tables or ivory bookshelves - no doubt its rightful place. The despoilers and oppressors of India will want to hunt it out of view. They cannot stand its fierce light. Whether, therefore, you are an Indian, or a foreigner temporarily in India, we entrust this and subsequent volumes to you for safe custody, by all the ingenious means one employs to save a treasure from theft or robbery, and for as many people to read as you can personally arrange.

On Friday 12 and Saturday 13 January 2018 the Institute of Advanced Studies, University College London, hosted a two-day workshop on ‘Insurgency in the archives: the politics and aesthetics of sedition in colonial India’, with focus on the British Library’s collection of publications proscribed by the Government of India. As discussed in a previous post, this collection is one of the largest archives of primary sources relating to any twentieth century decolonization movement. Unable to do justice to the papers presented in such a short space this blog will present collection items related to the workshop’s five panel themes.

Both censors and insurgents were concerned with the maintenance of records and circulation of texts. Revolutionaries sometimes also appropriated the apparatus of the colonial state: distributed their writing in the mails or adopted the style and format of official literature. India Ravaged (above) collects texts documenting ‘atrocities’ committed under ‘British Aegis’ during the Quit India movement of 1942. Elsewhere a ‘balance sheet’ published by Indians based in San Francisco estimates that whilst Englishmen extract $136 million from India per year, the daily income of an average Indian is 2.5 cents. 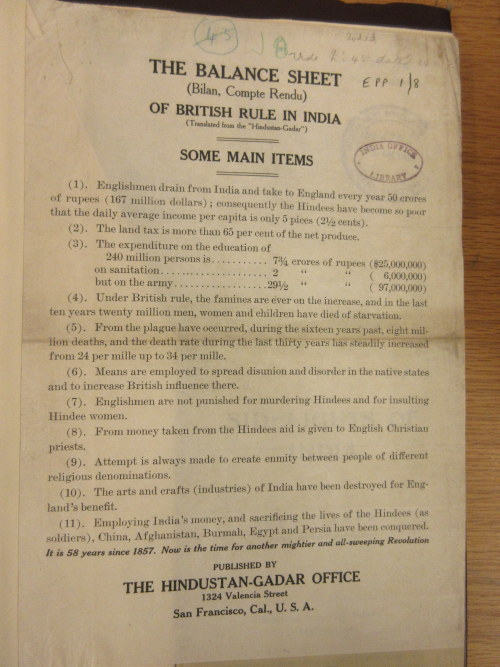 Communism in the vernacular

British anxiety about Soviet incursions in this region was such that communist literature was automatically banned. 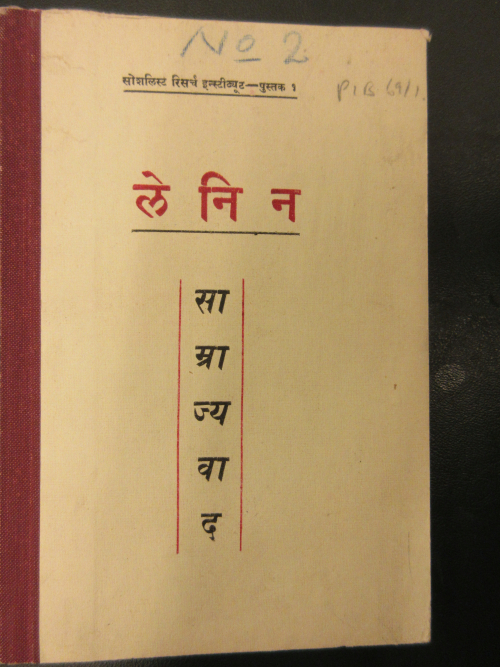 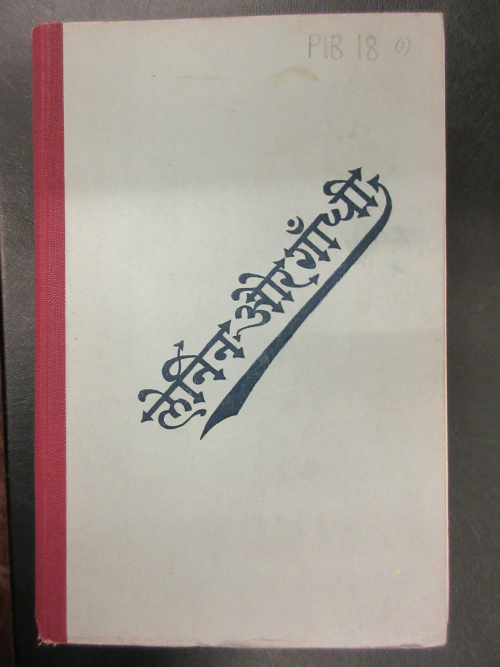 Banned works not only discussed international affairs, but were also sometimes disseminated via transcontinental underground networks. The wide-ranging nature of these is evident in a cache of Chinese language pro-German propaganda produced during WW1. 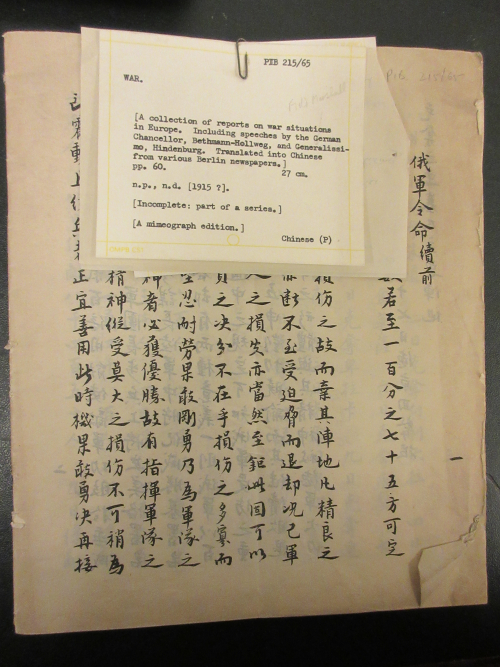 A collection of German war reports and speeches translated into Chinese (n.d. and n.p), shelfmark PIB 215/65

The two main criteria for censorship were established in the 1898 Code of Criminal Procedure, which defined ‘seditious material’ as that likely to incite ‘disaffection’ towards the Government of India or ‘class hatred’ between India’s different communities. The proscribed publications are therefore a valuable archive of both the nationalist movement and communal tensions in the lead-up to Independence and Partition. 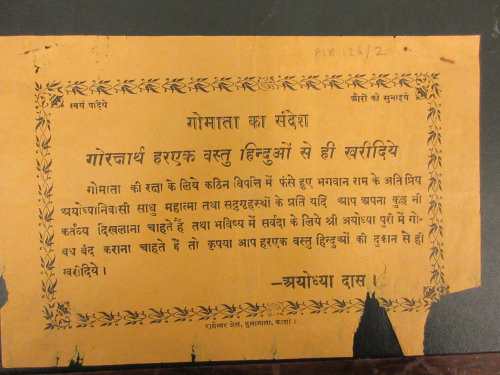 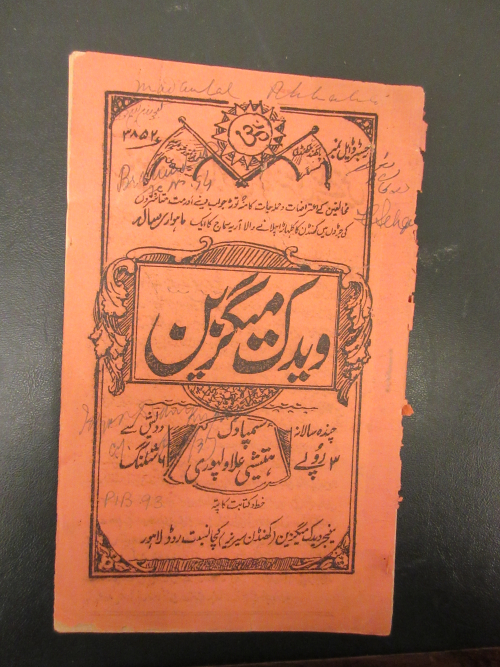 A special edition of the Arya Samaj Urdu-language periodical Vedik Maigzīn disputes the authority of the Quran (Lahore, 1936), shelfmark PIB 93

The collection is particularly strong in popular print and street poetry. These texts were intended for a mass audience during a period of low literacy levels, and meant to be seen and heard as much as read. 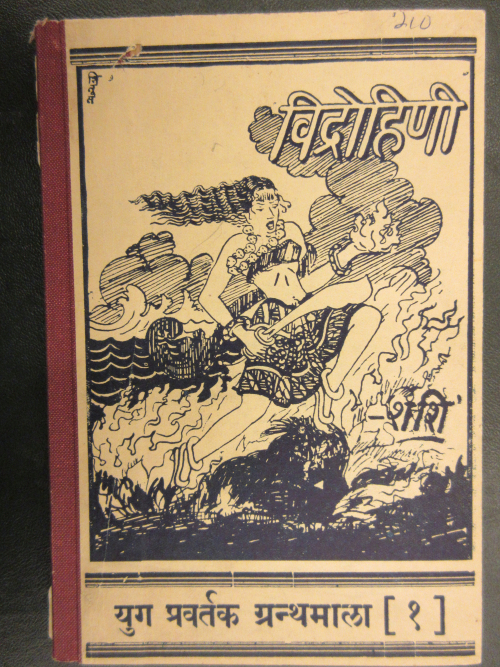 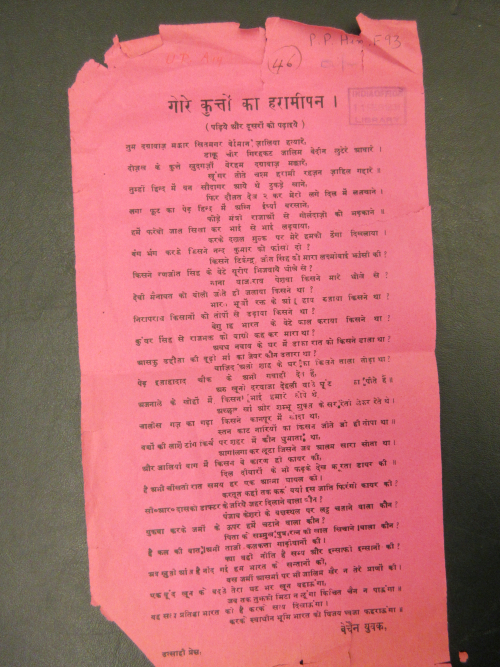 Such literature would have circulated hand-to-hand and by word of mouth, before being intercepted by the colonial censor and kept in the British Library.

Shaw, Graham and Mary Lloyd (eds.) 1985. Publications proscribed by the government of India: a catalogue of the collections in the India Office Library and Records and the Department of Oriental Manuscripts and Printed Books, British Library Reference Division (London: British Library)