Love and tragedy in the British Library: The story of Eleanor Marx and Edward Aveling Part 1

Love is seeking the anodyne of work, in vain.
- Edward Aveling

Eleanor Marx, the youngest of Karl Marx’s daughters, was an immensely talented scholar and activist in her own right. Born in 1855 in the Marx family’s cramped and squalid Soho dwellings, ‘Tussy’ – as she was known from a young age – would go on to act as her father’s amanuensis and posthumous translator. At a time when leftist thought was dominated by educated men, her work demonstrated the relevance of socialism to working-class women. But just as Eleanor entered public life as a pioneer of socialist feminism, she became the private victim of a bully and master manipulator. As a young woman, Eleanor spent long days in the Reading Room of the British Museum, aiding her father’s work and, later, drafting her own. After Marx’s death in 1883, Eleanor put out a call for his materials with the aim of transcribing, translating and publishing them. In the process she wrote literally hundreds of letters to Marx’s former correspondents; amongst them, the Chartist Collet Dobson Collet, who provided the material for her translation of the Diplomatic History of the 20th Century. 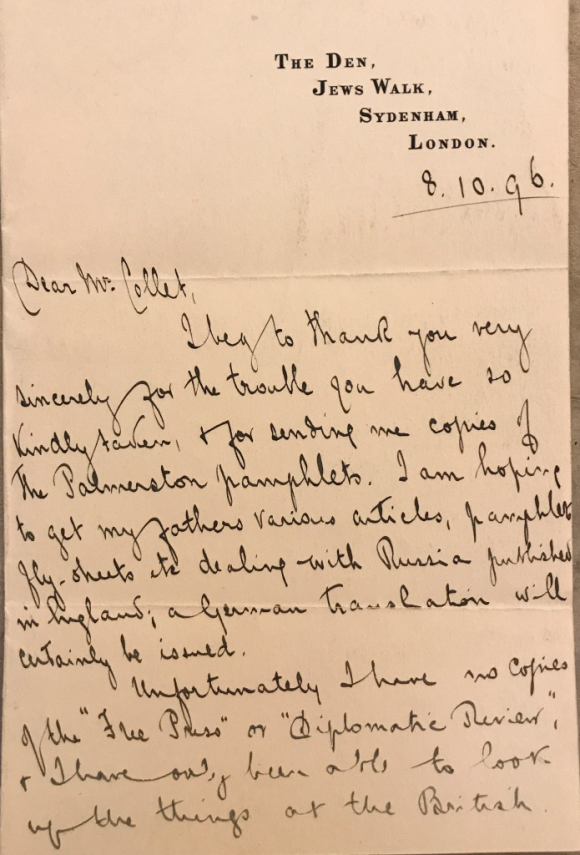 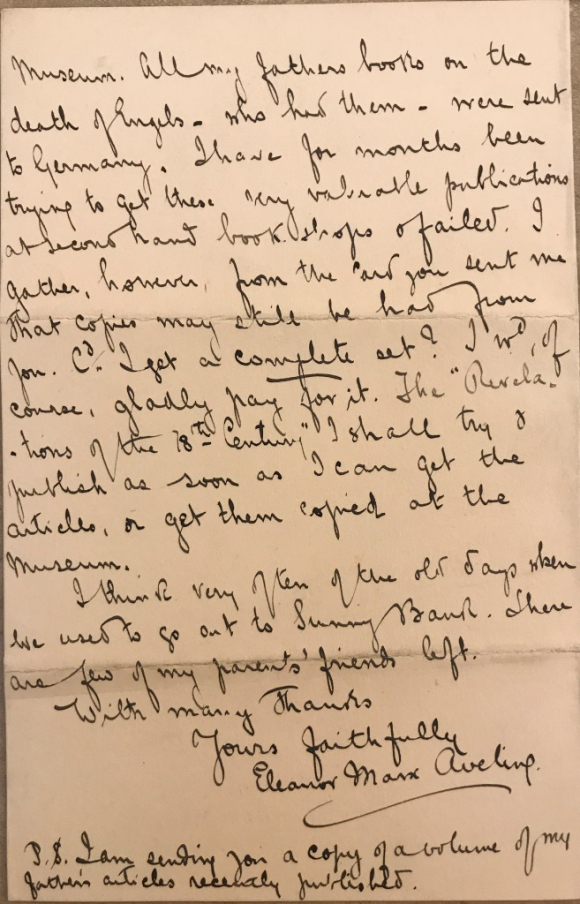 Eleanor’s work did much to advance Marx’s ideas in Britain. She delivered energetic polemics to crowds exceeding 100,000, campaigned alongside striking dockers and gas workers, and with her journalism gave voice to the labour struggles that specifically affected women. She described the economic struggles underlying patriarchy with compelling force, but never turned away from socialist praxis and the possibility of relieving present suffering.

Eleanor had a refined appreciation for literature, and was responsible for the first translation of Madame Bovary into English. She was also an Ibsen enthusiast, learning Norwegian with the express purpose of performing his plays alongside her fellow artistic luminaries. In a letter to George Bernard Shaw, she wonders over casting choices. ‘We mean to try and get May Morris, though I fear she may not have time. She was here yesterday looking as sweet and beautiful as the flower she is named after.’ 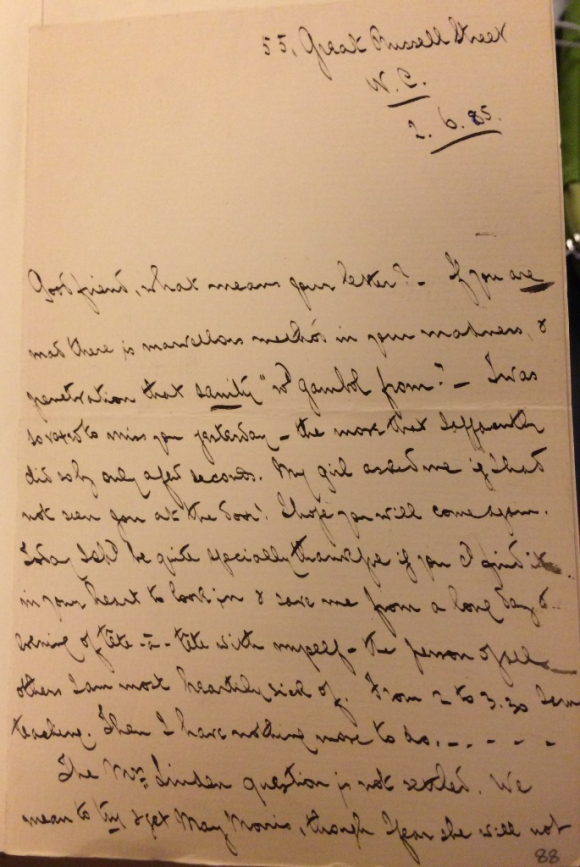 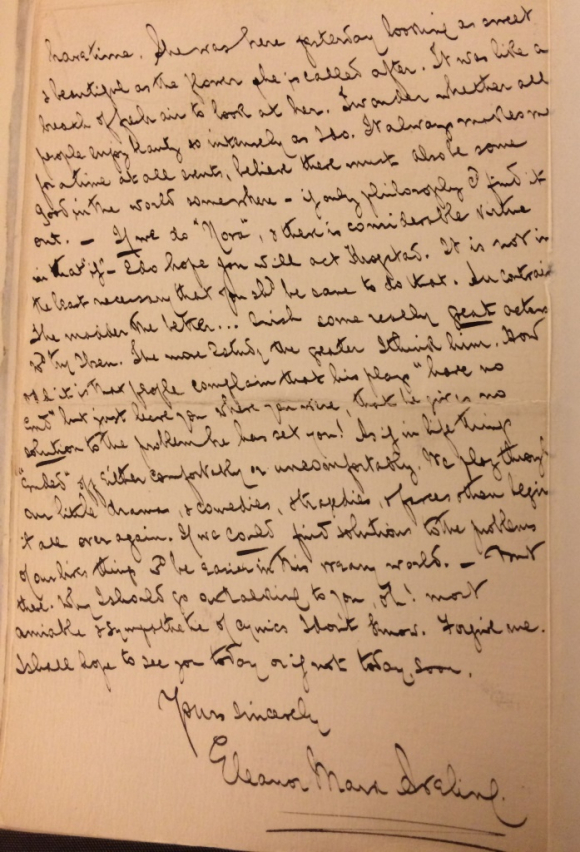 Despite her qualities as a beloved friend and dedicated socialist, Eleanor suffered many doubts and feared that she would never live up to her father’s legacy. In a touching obituary, sexologist Havelock Ellis describes a passage written by Eleanor in her loneliest hours: ‘I shall never be good and unselfish as he was. I am not good – never shall be, though I try, harder than ever you can think, to be so. There is too much of the devil in me.’ 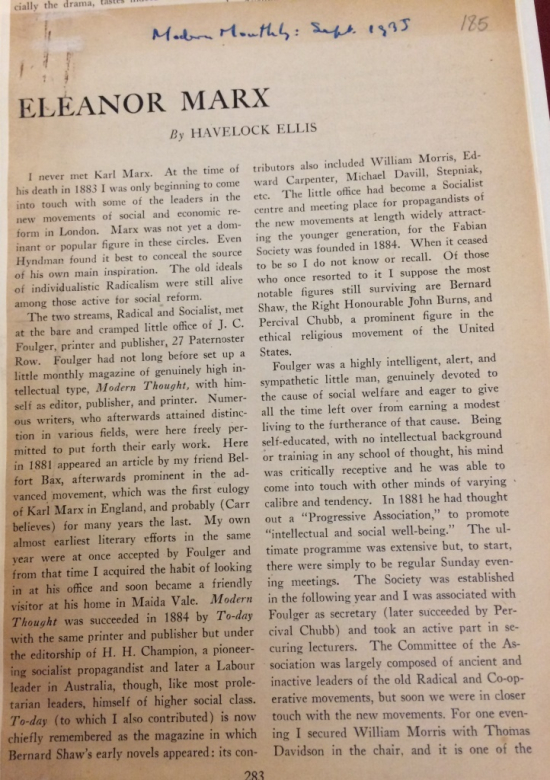 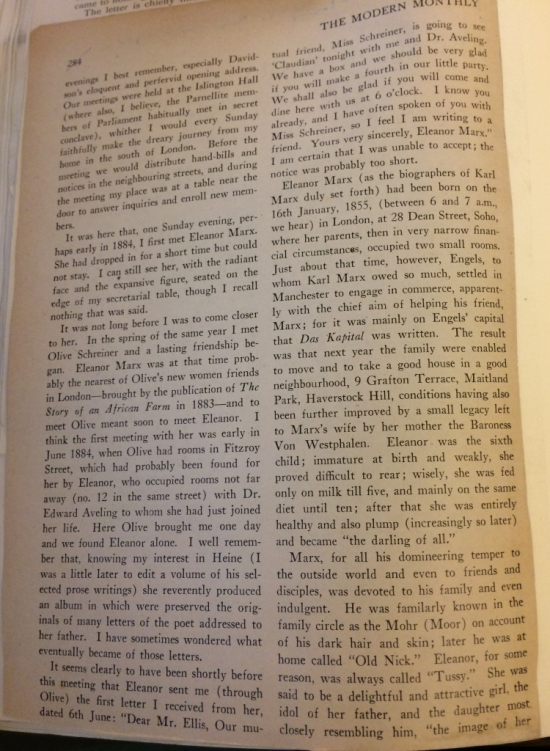 Sadly, Eleanor’s low estimation of herself made her easy prey for the man who would bring her useful, active life to a dreadful close.

Discover the links between the British Library and Karl Marx and his daughter Eleanor, through original documents from their work in the British Museum Reading Room and their political activism in London. Free exhibition in The Sir John Ritblat: Treasures Gallery 1 May-5 August 2018.